Ben Carson's compassion: "No body with bullet holes is more devastating than taking the right to arm ourselves away" 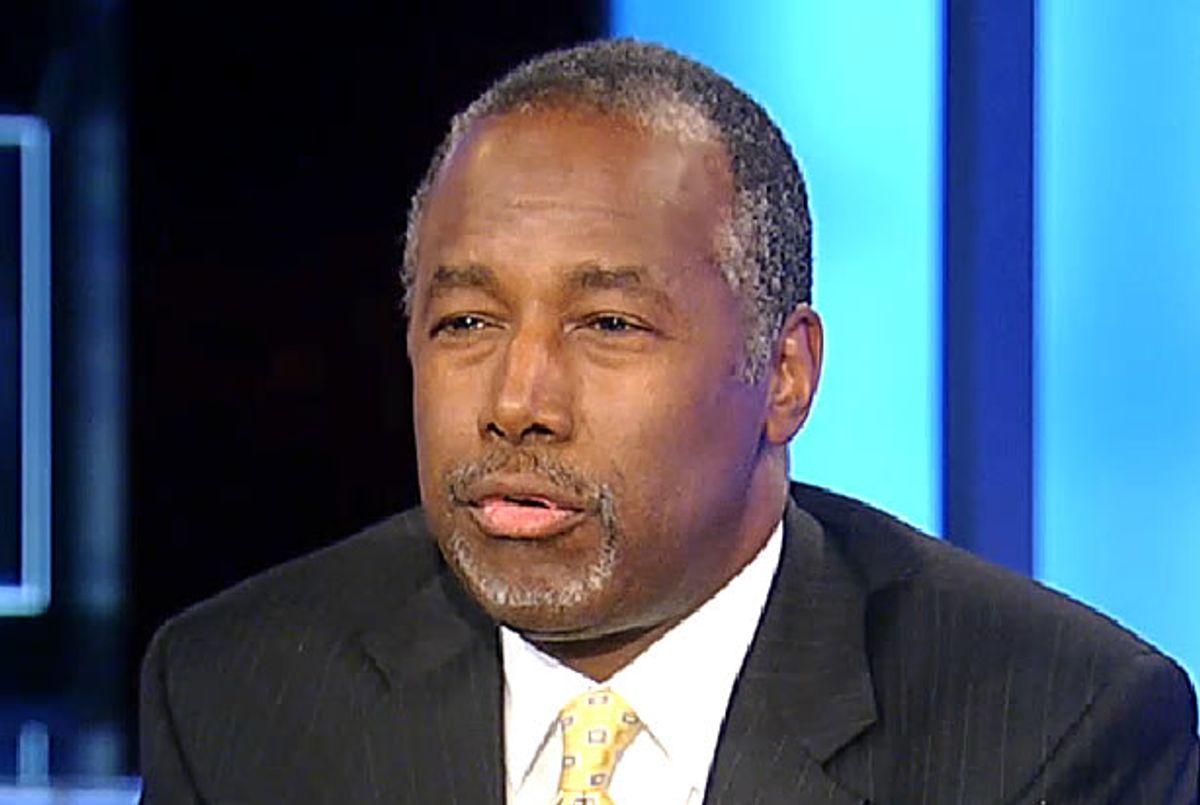 Ben Carson appeared on "The Kelly File" Tuesday night to defend his multiple assertions that the victims at Umpqua Community College in Oregon didn't do enough -- or as much as he would have -- to save their own lives.

On "Fox & Friends" Tuesday morning, he said that "I would not just stand there and let him shoot me. I would say, 'Hey guys, everybody attack him. He may shoot me, but he can’t get us all.'" When asked about the remarks by ABC News later that day, he repeated his assertion with a smile, which Kelly said many people would take as an evidence of callousness.

Carson disagreed, saying that "I was laughing at them, at their silliness. Of course if everybody attacks that gunman, he's not going to be able to kill everybody." Actual military veterans who were armed and on the campus while the shooting occurred didn't abide by the dictates of Carson's assured tactical acumen, but that's beside his point.

"If you sit there and let him shoot you one-by-one," Carson said, "you're all going to be dead."

"Don't you allow for the notion that in a time of great stress, you might not know what to do, and to judge them --" Kelly began to ask before Carson cut her off.

"I'm not judging them at all," Carson replied, "but these incidents continue to occur, and I doubt this will be the last one. I want to plant the seed in people's mind so when this happens again, they won't get killed." Because in Carson's mind, everyone is as brave as a soldier or law enforcement officer who runs toward shots when he or she hears them fired.

Carson continued his shaming of the Roseburg victims on Facebook, writing that their lives are insignificant compared the Second Amendment.

Speaking of his time as a doctor, he claimed that "I never saw a body with bullet holes that was more devastating than taking the right to arm ourselves away."

He also repeated his assertion that "[t]he Left would prefer to use these tragedies to advance a political agenda," seemingly oblivious to the fact that his strident and repeated call for inaction is, in fact, a political position.

Watch the entire interview with Megyn Kelly below via Fox News.