Trevor Noah dissects the Uber economy: "You get into it for the 19-year-old who vomits in the back seat of your Camry" 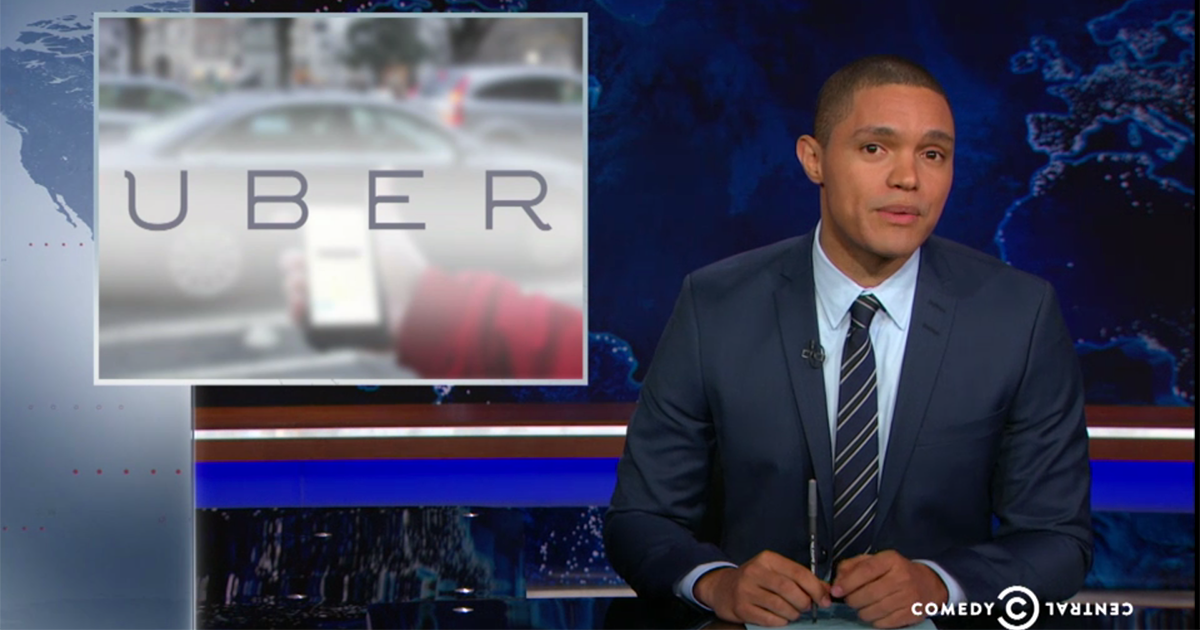 Uber's app-based taxi service might be available in 311 different cities and be estimated as a $50 billion company, but "The Daily Show's" Trevor Noah and Jordan Klepper say there's something disturbing about the new "gig economy."

The model of paying people for a brief service means fewer workers are salaried employees. Independent contract workers don't have health insurance, unemployment benefits and certainly not pensions or retirement. Now you can get anything from lawyers to massages all via cell phone app. There's even a new startup that is the Uber for airplanes. Commercial airlines have to deal with a lot of drug testing, on-going training, requirements and regulations because these laws keep us safe or something. If you think that's silly you can hire the Uber plane to just throw you up in the air and hope you land.

If that isn't enough, now there's an app to get discounted rates at Disney if it is a low day in the park -- like when there's a hurricane. Families can swoop in and take advantage of the great deals, assuming they can drop everything at a moment's notice and fly to Orlando in time to catch the deal. Hey, maybe that's what those unregulated Uber planes can be used for!

These services might be convenient, but up-front expenses for workers mean most are barely making ends meet. One Uber driver might earn a little over $19 an hour, but he or she might be using $80 a week or more in gas, money on car washes, even more on maintenance for the car and that doesn't even count the little bottles of water!

"But you don't get into this job for the glitz and glamor," Noah said. "You get into it for the 19-year-old who vomits in the back seat of your Camry."

Noah went on to say he's confused and doesn't know where to stand. "Poor people, rich people. I don't know. This is a really complex issue. I don't understand it because I like it. But on one hand it's disrupting the status quo affecting workers in the economy in ways we don't fully understand. On the other hand it's so convenient. You just tap the screen and boom!"

Check out part one and two of the Daily Show's investigation of Uber below: