Memo to progressives: Hillary Clinton is lying to you

All politicians flip-flop. But Clinton's TPP opposition marks one of the more brazen U-turns in recent history 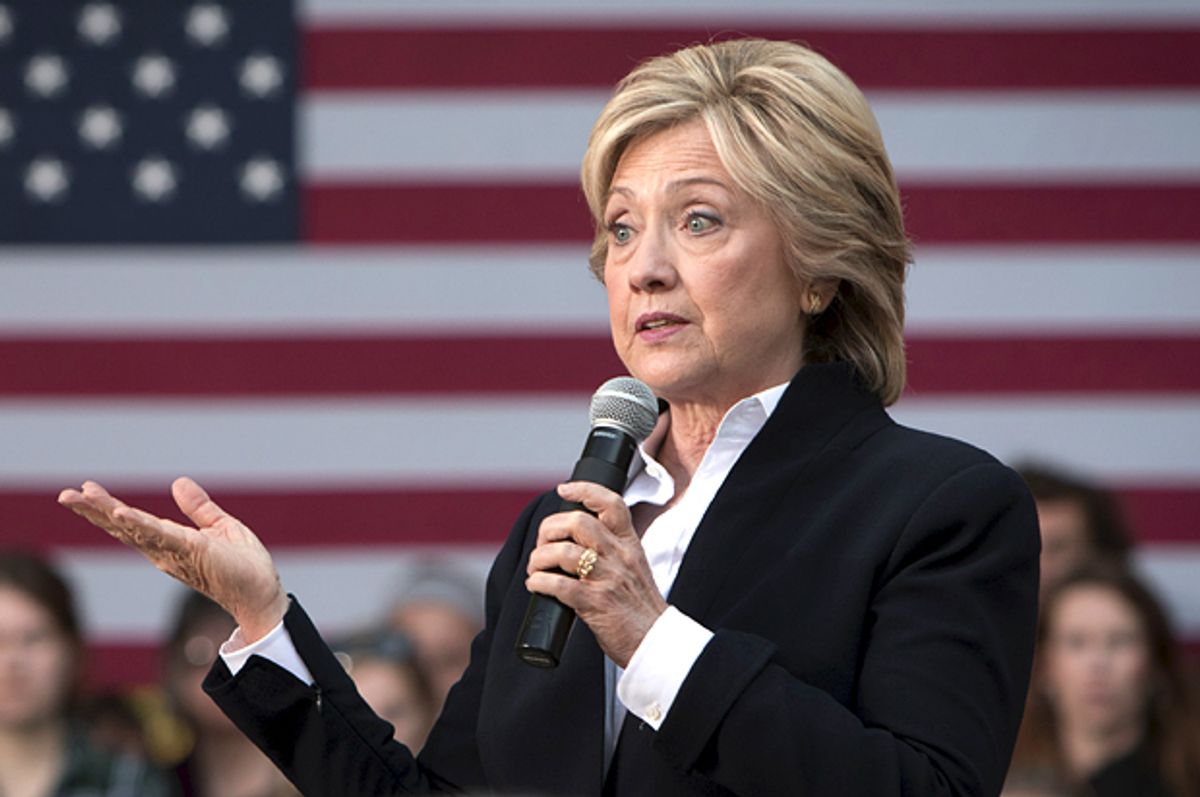 Nothing says "election season" quite like politicians dumping their long-held policy stances overboard in a desperate gambit to gain votes, but you have to hand it to Hillary Clinton. With her recently-announced opposition to the Trans-Pacific Partnership trade deal, she's making one of the more brazen flip-flops in recent political memory.

What's so amazing about Clinton's newfound opposition to the highly controversial deal is the jaw-dropping transparency of the move. It's such an open ploy to counter both the rise of staunch TPP critic Bernie Sanders and the possible entry of TPP supporter Joe Biden that it's almost refreshing in its shamelessness.

Let's be clear here: Hillary Clinton is lying when she says she's opposed to the Trans-Pacific Partnership. There is absolutely nothing in either her political background or her political history to suggest that she has any real substantive problems with the deal. After all, she comes from the generation of Democratic politicians—the most prominent member of which was a certain other Clinton—who made their embrace of free trade deals like NAFTA one of the centerpieces of their efforts to yank the Democratic Party rightward. As First Lady, Hillary Clinton enthusiastically backed NAFTA. As Secretary of State, she pushed for trade deals with Colombia and South Korea and called the TPP the "gold standard" for such accords. (That would be the very same TPP that she's now hedging on.)

The only times when Clinton has expressed any kind of ambivalence on free trade have come around the periods when she is running for office and needs to get votes from all those Democrats who have gotten the raw end of previous deals. This exhaustive roundup on NPR provides a damning portrait of Clinton's slipperiness on the issue. When she was running for Senate, she suddenly decided that NAFTA was pretty flawed. When she was gearing up to run for president the first time, she voted against the Central America Free Trade Agreement, which had garnered significant opposition within the Democratic base. She also opposed those deals with Colombia and South Korea that she would magically come around on as soon as she joined the Obama administration. And now, with an unexpectedly robust challenge from Sanders on her left, she's opposing the TPP.

Even more audaciously, Clinton has given herself a big out when it comes to the TPP. Her statement laying out her opposition stressed that she doesn't like the deal "as of today." This gives her all the space she needs to make another miraculous about-face if she becomes president. Can't you see it? "Well, after really looking it over, it's not perfect, but on balance, upon further study, now that I examine it in full, in the clear light of day, when you take everything as a whole, it's good for America."

It should be emphasized that Clinton is hardly alone when it comes to waffling on trade. It's a rite of passage among elite Democrats to sell their base out on the policy. Remember Barack Obama's pledge to renegotiate NAFTA? You know, the pledge that his one of his top advisers reportedly described as a worthless campaign promise and that he abandoned almost as soon as he took office?

On the one hand, it speaks to the power of the movement that's developed against the TPP—which is, lest we forget, a bad deal that's been negotiated entirely in secret—that Clinton feels she can't come out in favor of it. But that doesn't make the cynicism of her maneuvering any less depressing. We're generally too harsh on politicians when they change their positions—as if one's beliefs should be set in stone from birth—but there's a difference between letting the facts take you to new territory and abandoning your ideology for the sole reason that you think it's good politics. (Does anybody believe, for instance, that Marco Rubio is really opposed to his own immigration legislation?) All that this sort of shabbiness does is make the already-terrible American political system even worse.