"Why do you hate her so much?" Maher asked Sullivan. "Were you molested by a real estate lady?!" 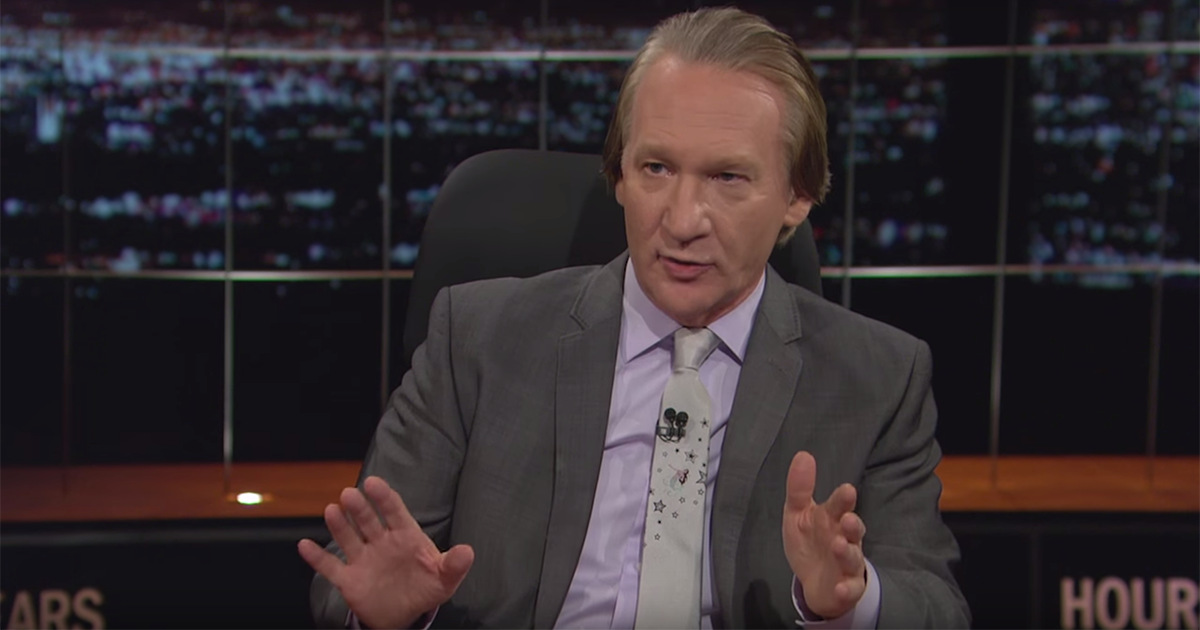 Conservative Sullivan interrupted a conversation about Ben Carson's strange media week of blaming the Oregon shooting victims to ask, "Who’s up against this guy? This unbelievably useless, terrible candidate in Hillary Clinton!" Sullivan asked if she's ever given a speech that inspired anyone and brought up the lack of retail politics in the campaign.

Maher was lukewarm in his defense saying the Clinton slogan "are you ready for Hillary" to be perfect because, like getting a shot, he's ready, he doesn't like it, but he's ready for it. But as Sullivan's attacks on Clinton deepened so did Maher's defense at one point blaming the media (both liberal and conservative media) for the constant barrage of general anti-Clinton commentary. "It’s not that she can't handle it, it’s that people can’t handle it. People believe what they read, if they ever fuckin' read."

Slaughter chimed in saying a lot of the criticism comes from the fact that Clinton is the front runner and presumptive nominee before Sullivan cut her off.

"She’s not 'talent free,' Andrew!" Maher exclaimed back. "And she’s not a hack!"

Slaughter broke in again giving examples of the work Clinton did at the State Department on the Iran Peace Deal while also speaking up for women globally. But, Sullivan continued, tearing into Clinton's record as Secretary of State for a "disastrous Libya invasion which repeated every mistake that George W. Bush made."

"Why do you hate her so much?" Maher asked. "Were you molested by a real estate lady? I can understand you not wanting Hillary to be president, but I don’t understand anybody who hates her. She is a boring centrist. It just should never rise to the level of hatred."

Sullivan argued she doesn't have the ability, talent and leadership and that if Democrats want to be competitive they should find someone with the qualities to lead.

Slaughter claimed Clinton is one of the smartest people she's ever met, but Sullivan attacked Clinton on using the personal email server asking how someone so smart could do something so stupid. He noted that 60% of the country doesn’t think Clinton is trustworthy as a result. Maher quickly responded "60% of the country believes Noah’s Arc happened!"

"If you’re asking me if she’s a calculating politician, yes," Maher said. "Is that the most desirable thing in the world? No. But I live in the real world. I’d rather have a politician who calculates than one who can’t."

Slaughter continued her defense talking about Clinton's record working for women and children at every level of her career.

Maher quickly dropped the conversation saying "I get it — you don’t like her. Next!" and moved on.