If true gender equality is the goal, then it's time for white feminists to reckon with their ongoing mistakes 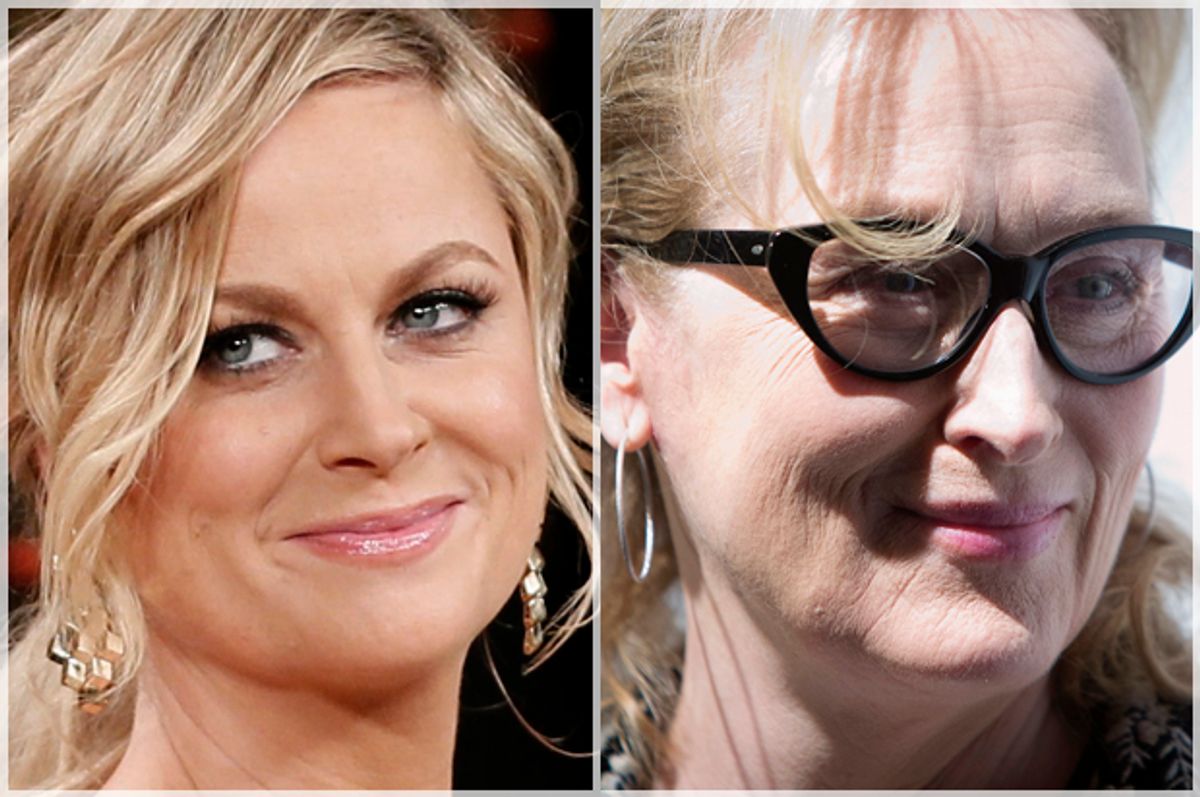 After a very unfortunate joke about pedophilia and Blue Ivy Carter in the opening show of a new series produced by Amy Poehler, I waited for white feminists to speak up. I waited for my feminist sisters who claim that feminism is indeed for more than just white women, to make the case about why the joke was in terrible taste, and that it would never have been made about a young white child. I waited for Amy Poehler, who I myself have genuinely admired for her politics and hilarious show "Parks & Rec," to say something. I waited for the think pieces by white feminists calling for a reckoning of the unexamined racism inherent in the joke. I waited. And waited. Instead, I saw a few pieces explaining why the joke was not actually the joke, and that it was intended to be that vile to make a point about what a terrible person the main character is. Of course the conversation on Black Twitter was vibrant and Black feminists wrote some powerful pieces. More than a month later, I have yet to see deeper analysis from white feminists, speaking to each other, about how inexcusable such a ‘joke’ really is and whether it would have happened if it was at the expense of a white toddler. (If you’ve seen such an analysis in response, please share in the comments or via Twitter!) Amy Poehler has not spoken publicly about it, nor has the actress who delivered the lines in the show, nor has anyone affiliated with Hulu, which hosts the series.

This past week brought us the release of a new film about the movement for women’s right to the vote, "Suffragette." In the film, Meryl Streep stars as British suffragette leader Emmeline Pankhurst. The film chronicles the lives of Pankhurst and her compatriots as they fight for their right to vote in the early 20th century. Leading up to the premiere of the film, Time Out London interviewed Streep and her co-stars, and they posed for the magazine's cover wearing T-shirts with the following quote from a speech Pankhurst made in 1913: "I'd rather be a rebel than a slave."

In the early 1900s, white women in the US were fighting for the right to vote, with many racist values intact. Defending white women's right to vote, Elizabeth Cady Stanton, foremother of the American suffragette movement, asked, “What will we and our daughters suffer if these degraded black men are allowed to have the rights that would make them even worse than our Saxon fathers?”

American suffragette Rebecca Ann Latimer Felton, the first woman to serve in the Senate, once said, “I do not want to see a negro man walk to the polls and vote on who should handle my tax money, while I myself cannot vote at all …When there is not enough religion in the pulpit to organize a crusade against sin; nor justice in the court house to promptly punish crime; nor manhood enough in the nation to put a sheltering arm about innocence and virtue — if it needs lynching to protect woman’s dearest possession from the ravening human beasts — then I say lynch, a thousand times a week if necessary.”

While many white women suffragettes in the US were busy defending their own right to vote, with racist sentiments about Black men and a fairly transparent disregard for Black women, those same Black women were mobilizing for suffrage for all. Ida B. Wells-Barnett was a journalist who led an anti-lynching campaign in the late nineteenth century. She also organized the Alpha Suffrage Club among Black women in Chicago. In 1913, she brought members of the club with her to participate in the suffrage parade, held in Washington, D.C. The white women organizing the march asked her group to walk at the end of the parade.

It is true that the women’s suffrage movement in Britain, the subject of the film, was different than the American movement. Scholars like Dr. Sumita Mukherjee, a fellow at King’s College London researching Indian suffragettes, explain that the women’s suffrage movement in Britain was “very different from the American case or the Australian case or the New Zealand case, because although there were ethnic minorities in Britain at that time, there wasn’t the same scale or the same questions of citizenship as there were in other countries.” None of those British women of color are featured in the film, though. It’s also worth noting that Emmeline Pankhurst became a political conservative in her later years and believed strongly in colonization.

These are merely a few samples of the long, ongoing history of white feminists’ narrow perspectives and strategies that at their most benign, elide the needs of women of color, and at their most harmful, reinforce racist practices and policies. In light of this history, the shirt that the four actresses were so gleefully posing in to promote a whitewashed film about the British women’s suffrage movement is not a simple PR snafu. They were not just wearing film swag. They were wearing the legacy of racism and erasure. The legacy of equating gender discrimination to slavery. Not only is nothing comparable to slavery but slavery — but the comparison invisibilizes Black women who were slaves, as though one cannot be both Black and a woman. This is the legacy of white feminism that lives on, whether it is in pop-culture like historical film, or social policies that impact women of color. In order to create a new legacy, current white feminists must acknowledge and address this ongoing problem.