Think that no one get hurts when you buy a knockoff item? You're sometimes dead wrong 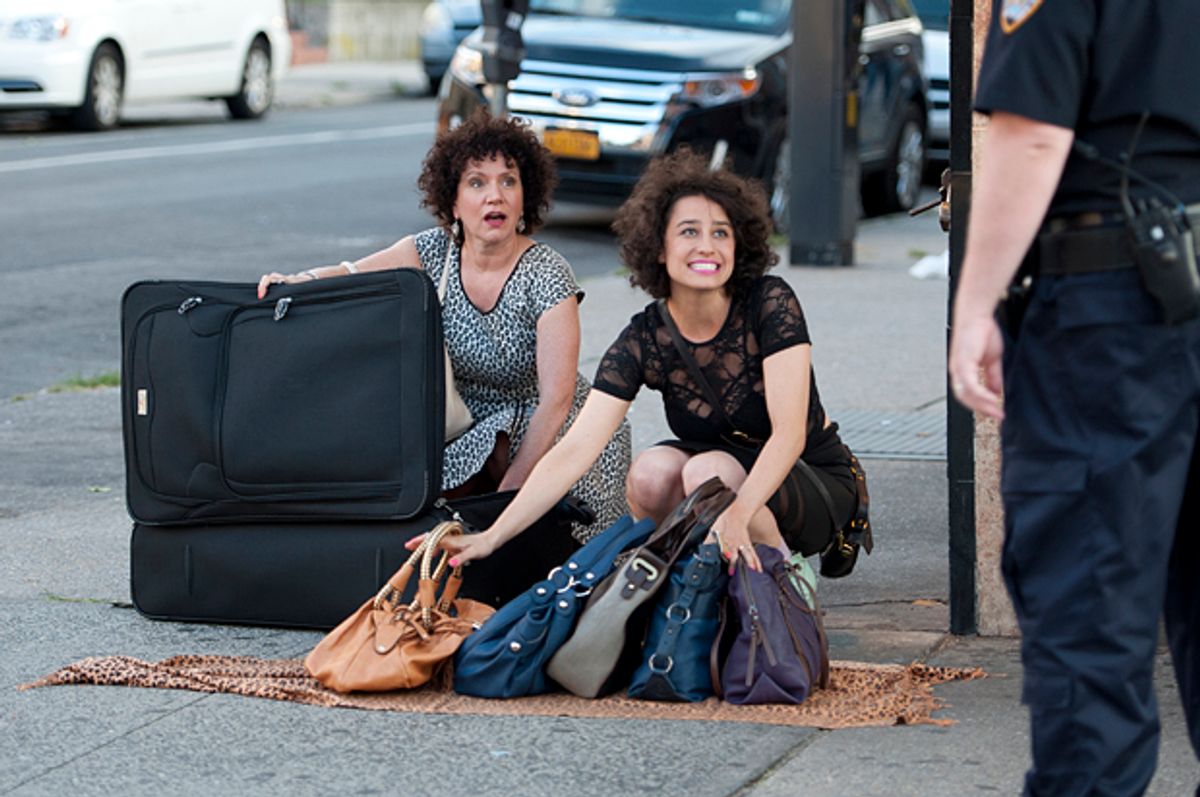 I could tell that Sam wasn’t lying, but the bags he had laid out on a white bedsheet were. Louis Vuitton, Gucci, Hermès, Fendi. They were good, but not quite good enough. Sam [not his real name] came from Western Africa to Italy as an indentured servant. I didn’t get the details of his story when I offered to buy him a bottle of juice this summer while I was, as chance would have it, teaching a course on forgery, but what he did tell me meshed with what I had been told by a member of the Italian Carabinieri military police (a force with which I’ve collaborated over the years in my role as a specialist in art crime). He was selling fake luxury goods, but a very high level of fake that takes an educated eye to spot the difference. He isn’t quite aware of the distinction, but has been told not to accept less than 50 Euro per bag, which makes his wares fairly high-end, when it comes to fakes, when the originals sell in the hundreds.

Sam is part of what is a subsection of human trafficking, not quite a modern-day slave, but not far from it. He volunteered to be smuggled out of his home in Africa to a new life in Italy. He is housed and fed, and bused into the city center, where he sells alongside a team of fellow refugees, catering mostly to tourists. He is paid, but barely, and is expected to repay those who organized his transfer from Africa to the promise of Italy, and who keep him fed and housed, in a system designed for him never to quite buy his independence.

My Carabinieri colleague had pointed out, with a smile that I found out of place, a sort of game between these sellers of fake luxury goods and the local Italian police. You can spot it if you watch them long enough. The sellers are unlicensed and have no legal status in Italy, but are tolerated by the government because refugees like them are willing to do the sort of work that Italians don’t want to (factories, mining, messy manual labor), and are therefore a key, but nearly invisible, cog in the Italian economy. In exchange, their sale of counterfeit goods is accepted, as long as they superficially demonstrate respect for the police. I’ve seen it many times in Rome and Florence and Venice: Police saunter over, and the illegal immigrants are expected to quickly pull up their white sheets and run off with their counterfeit goods, around a corner and out of sight. If they do this, the police do not pursue or arrest them, and when the police pass, they return to their trade. If, however, they fail to kowtow and flee, the police are very unhappy, their authority visibly questioned, and things can get ugly.

Sam was offering a mid-range quality of forged luxury good—one that holds up to closer inspection and requires a keen eye to spot the difference between this counterfeit handbag, available for 100 Euro (if he can haggle you successfully), and the original that might sell for 800 at the real shop on Rome’s posh Via Condotti.

A lot of us buy luxury goods, which cost us hundreds, and sometimes thousands, of dollars. It’s always safest to go to the Louis Vuitton or Fendi store, but there is a ravenous appetite for “designer impostor” luxury goods. We spend hundreds of billions per year on fake versions of what we think we’re buying, sometimes knowingly, sometimes not. Products labeled as “designer imposters,” or some equivalent are usually safe, because they are overt imitations (though the conditions of the workers who produce them may be objectionable). But when we buy imitation luxury goods, there’s always a chance that we are donating our cash to the continuation of a form of human trafficking.

Want a Hermès handbag, but it’s being offered by someone like Sam, at a suspiciously accessible price? The problem is hardly limited to Europe. A 2004 report stated that the counterfeit goods industry in the United States alone brings in around $287 billion, which would make it one of the highest-grossing criminal trades worldwide. An estimated $1 billion per year is lost in tax revenue for New York City alone, where some 8 percent of all U.S. counterfeit goods are traded. In December 2007, federal officials seized over $200 million in smuggled goods in just one raid at the Port Newark-Elizabeth Marine Terminal in New Jersey. Most of what was seized consisted of luxury counterfeits from China, including fake Nike sneakers, which had been labeled as “refrigerated noodles” on the manifests of the ship that had imported them.

There are several categories of counterfeit luxury goods. At the top level are those created at the original factories, by the original craftsmen, but which are made after hours, smuggled out and sold privately. The quality and materials are identical to the originals, and these sell for the same price as originals, just not from licensed retailers. The mid-level (Sam’s fare) features handmade, quality imitations that are made off-site, often using stolen components, materials and molds or forged versions of them. But these are expensive and require skill to produce, so can still be costly. The most common, and cheapest, knockoffs are made elsewhere (often in China), using no original molds or materials, are meant to look only superficially like the real thing, and are of questionable quality. These are the easiest to spot, because there is little to no effort made to reproduce key details, like tooling or hand-stitching or lined interiors (if the interior of a bag feels like thin synthetic cloth, you’re certainly dealing with a fake). Leather should feel dry and substantial: if it feels greasy or sticky or too light, it’s probably fake. These cheaper knock-offs also employ versions of logos that are not exact copies, but are meant to look like the logo in question only at a glance, and may even include misspellings. Check for quality and quantity of stitches—the fewer the stitches, the less likely it is to be of high quality, and therefore authentic, and stitches should be perfectly aligned, with no loose strands. If there are seams to the product, like those joining sections of fabric inside bags, they should match perfectly, with logos lined up from one section to the next. Check images of the real deal online and compare them directly to the product on offer. And don’t underestimate the abstract “feel” of the product. Does it feel well-made, luxurious? Do the details, like zippers, feel good in the hand?

If not, buyer beware. Buying online is particularly risky because there’s no guarantee that the seller’s photographs of the product are real, or that the product you’ll be sent matches the one advertised. It’s best to invest in products that are overt imitations, if you’re not going to purchase an original.

But above all this, keep in mind that there are real people who suffer from the trade in fake luxury goods, and that your purchase may encourage practices like the one Sam has been caught in to continue. It’s easy to forget that there are complex human costs involved in bringing a product, particularly an illicit one, to the consumer. Just like buying an antiquity that seems to come from Syria or Iraq these days might place cash into the hands of terrorists, the desire for a discount knockoff handbag may encourage a practice that is little removed from indentured servitude, and not a far cry from slavery.