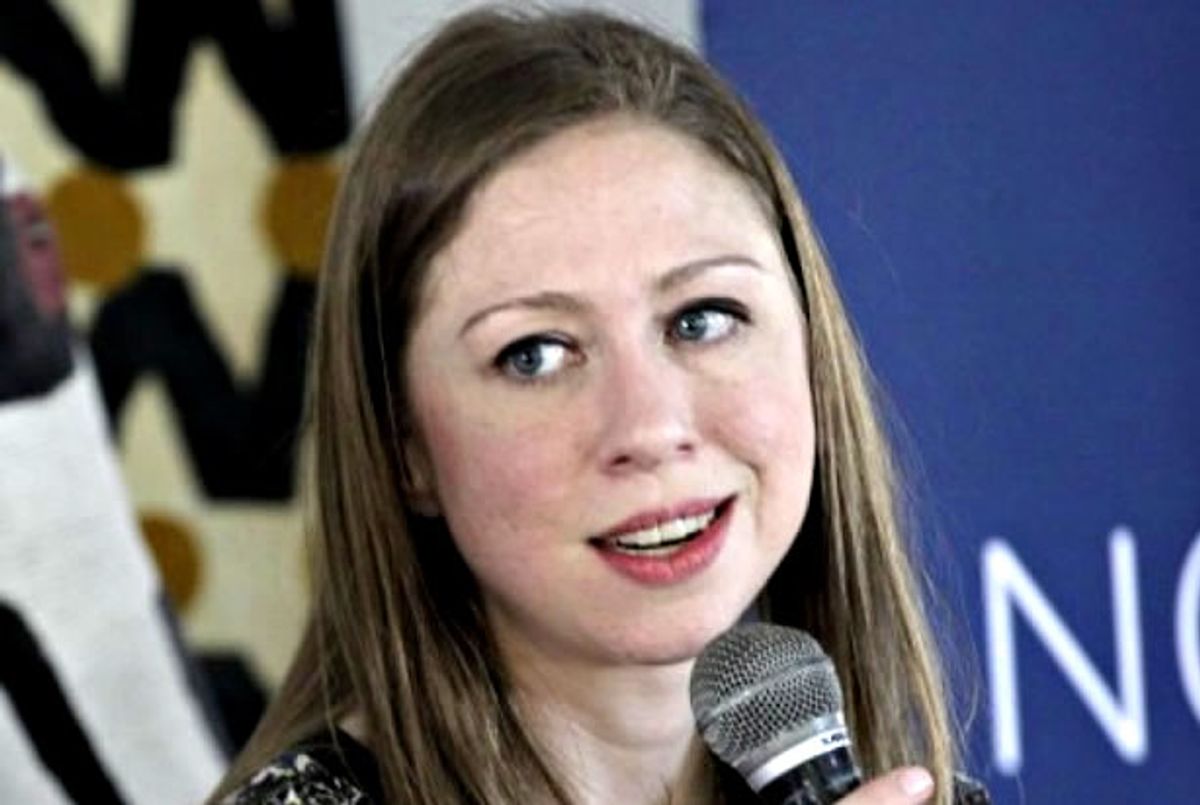 In a video obtained by the American Mirror's Olaf Ekberg, a conservative journalist confronted Chelsea Clinton at a stop on her book tour and inquired whether she knew herself to be a bastard and her father a pedophile.

While that sounds like the stuff of "Game of Thrones," Robert Morrow -- who once proclaimed on his blog that he was "ninety-five percent sure" that "Hillary Clinton probably has brain cancer" and wouldn't run for president in 2016 -- attended the book signing of the daughter of the former and, perhaps, future president and asked her, point blank, "has your mother ever told you that you’re the daughter of Webb Hubbell, and not Bill Clinton?"

Chelsea continued to sign his copy "It's Your World: Get Informed, Get Inspired & Get Going" utterly unfazed by his question, saying only that she's "proud to be my parents' daughter."

The store's staff tried to hustle Morrow away, but he was persistent. "Your book, you say it's targeted towards teenage girls?"

She replied that it's "targeted to kids, actually, girls and boys."

Chelsea -- who has, of course, been dealing with characters like Morrow for the majority of her life -- answered with aplomb, saying that "I would say my book is really resonating with kids. I was at the Ann Richards School earlier today and I’m so grateful that it’s resonating to the young girls and the young boys that I’ve been talking to across the country."