Chris Matthews eviscerates dysfunctional GOP: "There is something wrong with a party when they can't pick a leader"

"If you can't pick a leader to represent all of you, then how can you argue you're the same team?" 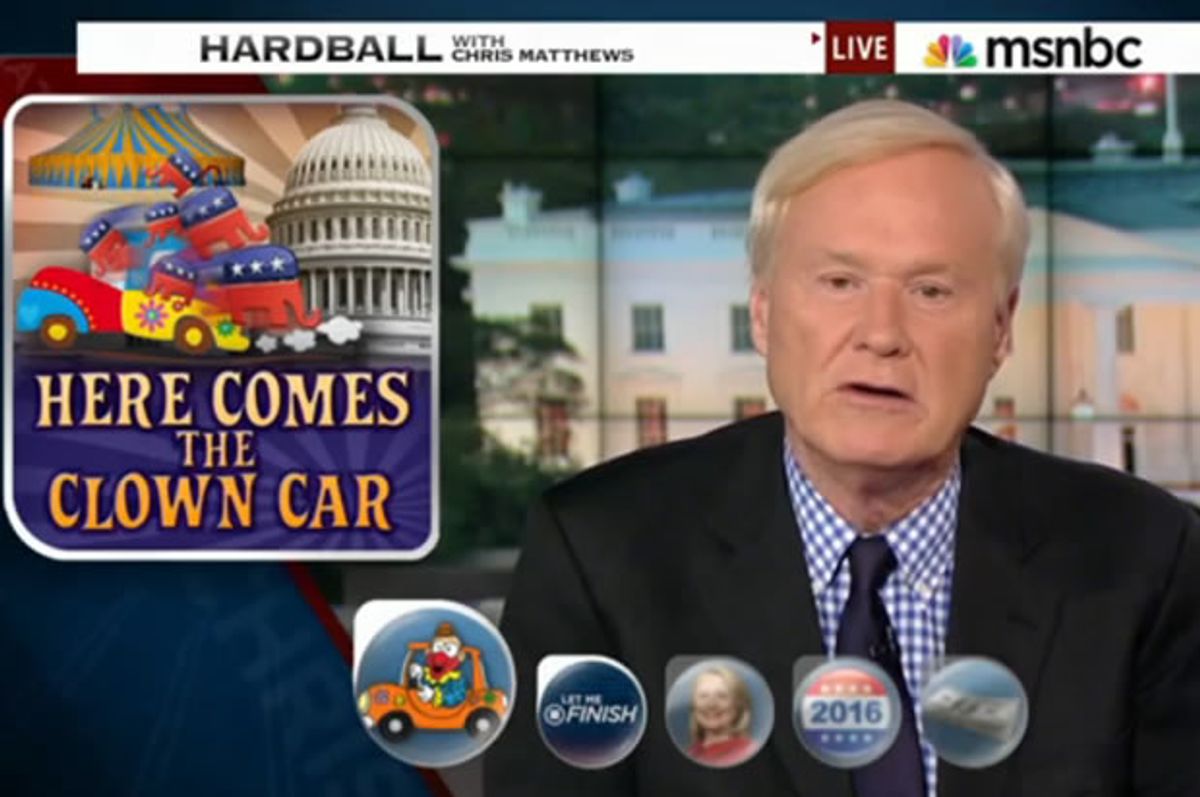 With the party's presidential frontrunner hurling near hourly insults at the party's most monied and established candidate and chaos gripping the House conference, Chris Matthews wondered wether the Republican Party is even still a functioning political party at this point.

"It seems to me there is something wrong with a party when they can't pick a leader," Matthews said during his MSNBC show "Hardball" on Monday. "Definition of a party is after all the argument and debating and competition, you agree to at least agree you're a party, you name a leader and you move on. That's not happening with Congress and House of Representatives trying to find a speaker, and it's certainly not happening with the Republican establishment. None of the elected officials are in double digits."

Matthews, clearly flabbergasted by the events of the last few weeks, questioned what unifies a party that cannot unite around a leader.

"Absolute opposition to Barack Obama and Hillary Clinton seems to be about the only thing that does bring them together," Time Magazine's Jay Newton-Small noted. "And, frankly, the one thing that unites the party is the idea of opposition being the party of no. But they can't agree on what's a win these days, you know?

"I think it's existential," Matthews offered. "This isn't about how to build the party. It's whether the party exists":

Definition of a team is you pick a leader. If you can't pick a leader to represent all of you, then how can you argue you're the same team? I think it's gotten to that point with the Republican Party. They can't imagine with a Speaker of the House would look like except somebody who will say yes to every crazy idea in the world and have the whole place in chaos.