"Fargo" recap: Season two is already so much better than season one

We go back to 1979 for another "true story," about a crime syndicate, a murder and the Solverson family 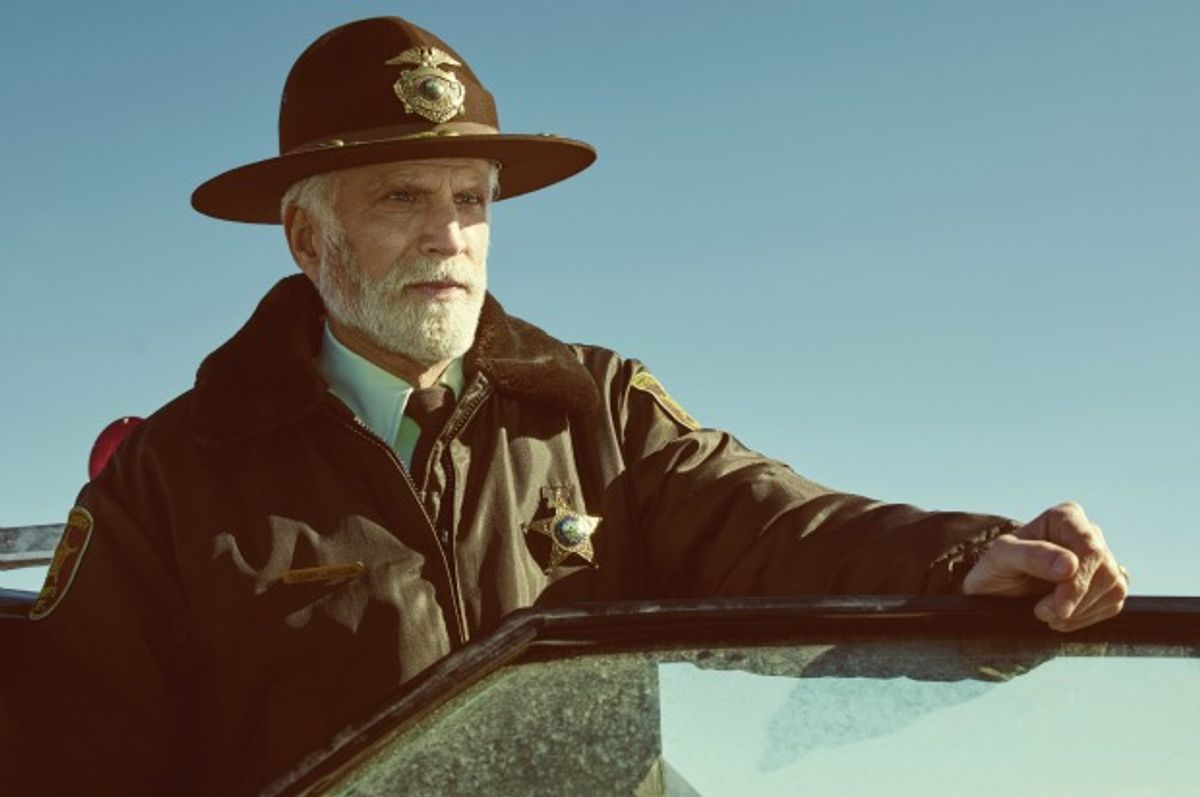 The first season of “Fargo” never quite worked for me.

At least some of this is not the show’s fault—or it is, but indirectly; as a fan of “Fargo,” the 1996 Coen brothers’ film, I could not stomach what I saw as a pale facsimile of the original classic, which starred Frances McDormand as small-town pregnant cop Marge Gunderson. As I wrote just yesterday, this was a cognitive dissonance that FX deliberately played into; “Fargo” was one of a list of eligible films, and FX went forward with the project after losing the bidding war for what ended up being “True Detective.” The network’s conscious attempt to tap into the same vein of critical and popular acclaim attached to the 1996 film hung like a shadow over season one of “Fargo”: Lester Nygard (Martin Freeman) was an updated version of Jerry Lundegaard (William H. Macy); Molly Solverson (Allison Tolman) was the update of Marge. In season one, one of the characters even finds the suitcase full of money left buried in the film. If you’re not in the mood to see a beloved story retold, “Fargo”’s first season is a maddening set of episodes before it even airs.

But to add insult to injury, “Fargo”’s first season was nothing more than fine. It did some things quite well—scene-setting, music, cinematography, and the occasional invocation of biblical plagues. The performances were excellent, even if the characters of Lester Nygaard and Lorne Malvo (Billy Bob Thornton) were, to my mind, weirdly uninflected. (It’s always hard to sympathize with murderers.) The show garnered a lot of praise, including a Golden Globe or two, and certainly there are other critics who loved it. But to my mind, the show focused on the superficial and most reproducible traits of the Coen brothers’ film—Minnesotan accents, sudden violence, snow-covered fields—at the expense of the resonance at the film’s core, that of the simplicity and power of doing the right thing.

Perhaps it’s just that it’s taken me a year to get used to there being a “Fargo” show; perhaps it’s the shifted setting, from 2006 to 1979; perhaps it’s just that much better—but season two of “Fargo” has already impressed me much more than the first did. It’s much more independent of the film than the first season was—partly because the events of the film have yet to occur. Possibly as a result, it’s a much more confident show, even just in the first episode, “Waiting For Dutch.” The cold open, in fact, is one of the nuttier devices I’ve seen on television—a seemingly disconnected black-and-white film where a man playing a Sioux chieftain and an apologetic director wait for lead actor Ronald Reagan to show up to the set. It’s February and quite cold. One of the “massacred” soldiers strewn across the background asks for a blanket to stay warm.

It’s quite a brilliant little introduction—one that makes literal both the time period of “Fargo”’s second season, on the cusp of Reagan’s election, and that “Fargo” is a filmed production, not “real life.” [This is followed by what is now “Fargo”’s routine introduction—text onscreen that asserts (erroneously), “THIS IS A TRUE STORY.”] As the two wait, they have an awkward chat, nearly unable to communicate anything of value at all; the director is awkwardly racist, the Indian is from New Jersey, and “Dutch,” Reagan himself, never shows up at all. Dutch is Godot for our hapless souls; is Reagan, by extension, some trumped-up incarnation of the divine? Perhaps we’ll wait more for Dutch as the series goes on, which will help us answer that question.

If there is a problem with “Waiting For Dutch,” it’s just that the premiere’s vignettes are so independently orchestrated that they almost happen in their own universes. But connecting them are a few motifs that are surprising in how useful they are—split-screens used to great dramatic effect, evoking something like “Conversations With Other Women,” or a staccato, non-diegetic beat that underlies the most fateful moments. Poor idiot Rye Gerhardt (Kieran Culkin), the youngest son of a North Dakota crime family, flits in and out of split-screens as he contemplates self-serving, cold-blooded murder; his murderer, in a way, Peggy Blomquist (Kirsten Dunst), is similarly chased by split-screens when she recalls trying to shed the traces of a bleeding body from her person. Dunst is absolutely arresting in her brief and desperate appearance; husband Ed (Jesse Plemons) is a confused accomplice, enabling a dysfunction he can barely even see.

Not quite as fragmented or compartmentalized into pieces of the screen are the Solverson family, which is season two’s nod to the previous season. When Lou (Patrick Wilson) investigates the carnage at the Waffle Hut, clues are revealed to him and the audience through those same black lines crossing the screen. But when Lou is home with his wife Betsy (Cristin Milioti), the lines are more subtle. We’re introduced to them, at home, as Betsy is walking upstairs to put away folded laundry. She’s framed through one doorway; Lou and daughter Molly are in another, reading a bedtime story.

Just as Molly’s father Lou was her familial tie to the police department in the first season, Lou’s father-in-law Hank Larsson (Ted Danson) is his captain. Betsy is as involved with the case as Hank is with Lou’s dinner; father and daughter inhabit shared but visually separate worlds. Lou and Molly correlate to Hank and Betsy; we’ve met the former pair in season one, albeit at different ages. There’s a sad reason for why Betsy is unknown to us; one that is not spoken of, except roundaboutly, by anyone in the family. Betsy is in treatment for some kind of cancer. No lines, exactly, divide her from Molly and Lou as of yet. But the shadows are looming.

The pinnacle of the episode is the diner massacre—the inverse of the “massacre” being filmed in the cold open, in that it is small, intimate, and un-pretty. It’s filmed and written gorgeously, recalling the arresting violence of ‘90s cinema without seeming derivative. Culkin, as Rye the murderer, is wonderful; each day-player brings the physical terror of a horror film to the scene. The waitress and the judge both rear up from prone positions to stagger again towards survival; the former, stumbling out onto the snow, looks like an actual ice zombie. Rye is horrified by his own power, even as he tries to get away with it, and at the intersection of cocaine, caffeine, sugar, and adrenaline, he is transfixed by oncoming lights and either is briefly abducted by aliens (hello, “The X-Files” cross-promotion) or hallucinates a UFO; he’s then hit by Peggy’s car, which barely stops to notice. It is, start to finish, a masterful scene, from the sound design to the interior and exterior shots of the Waffle Hut. A milkshake, knocked over during the shooting, mingles eerily with the pooling blood of the judge in a scene that is reminiscent of “Hannibal”’s awful pleasures.

It’s brilliant. But most importantly: “Fargo” remembers to be funny, even amid the horror. The judge’s sudden pop-up from the table edges towards camp humor; Peggy’s car so blithely appears out of nowhere at the perfect moment that Rye’s inevitable end is a comic punch in the gut. It is not just smart and dramatic and dark, it is cracking a crooked grin at all the horror. Hank, investigating the aftermath with Lou, asks solemnly: “Is there a shoe in that tree?” There is. And there is something delightful about this season of “Fargo,” too, out in those woods. I’m excited to see it unfold.