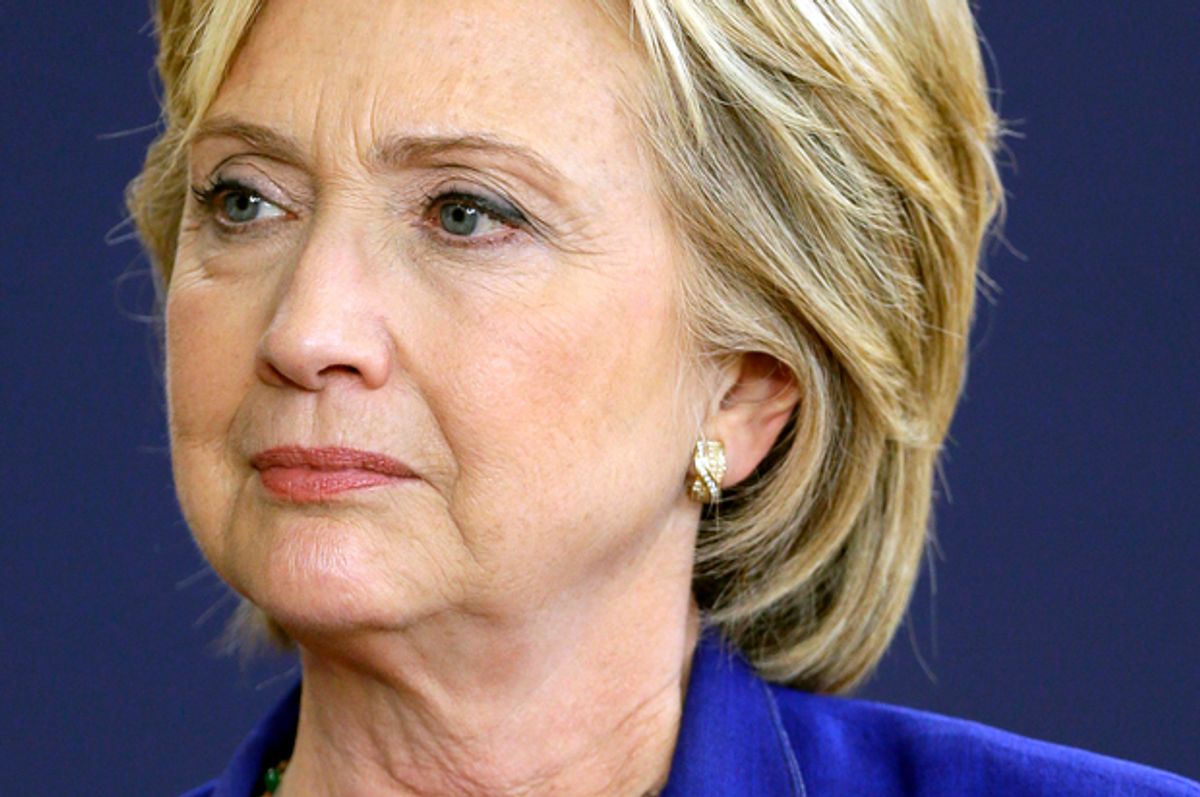 Hillary Clinton’s Wall Street policy proposals are all good, solid reforms and will improve the performance of the financial sector. These proposals have been carefully crafted to outlaw and punish bad behavior, correct some flaws in the 2010 Dodd-Frank law and repair damage done by reform opponents. While Clinton's proposals mark an improvement over the current system, however, we are left to ponder what might have been. The proposals stop short of measures that would change the system and alter the trajectory of capital and investment for the benefit of the average household.

At the outset, we must praise Secretary Clinton for proposing an increase to the funding of the Securities and Exchange Commission and, particularly, the Commodity Futures Trading Commission. In Dodd-Frank, the CFTC was tasked with regulating the devilishly complex and risky $60 trillion per year swaps markets, and was never given anywhere close to the funding needed to carry out this task. We do not know what level Clinton envisions, but have our fingers crossed that super-regulator Gary Gensler, her campaign's chief financial officer and a key adviser on Wall Street issues, has made sure she knows what is required.

Additionally, Secretary Clinton advocates a fee on big banks measured by risk. This is best thought of as a supplement to capital rules, also based on risk. The greater protection of this dis-incentive is commendable.

On substantive issues, her proposals go after bad behavior that make markets unfair and allow banks and others to cheat. They are designed to curb trickery and sharp dealing and they increase the likelihood that financiers who are wrongdoers or condone wrongdoing will be penalized, though the practical utility depends on details that are not yet available.

The High Frequency Trading (HFT) provision would put a cap on market order cancellations, a practice often used by traders who employ super computers and sophisticated software to trade at speeds that are unimaginably small. It targets tactics where HFT traders place large numbers of orders to buy or sell, leaving the impression among others in the market that prices are going to move up or down imminently. The other market participants react like a herd to position themselves for the anticipated market move. The HFT traders then cancel the orders and take advantage of the herd activity that they have incited, in essence making the herd back track through them. Secretary Clinton suggests that this makes markets less stable. It does so on the margin, but the instability primarily affects short term volatility. Her tax proposal is mostly about penalizing an unfair practice.

This should not be confused with a true financial transaction tax (FTT), a measure proposed by presidential rival Bernie Sanders and many strong advocates of Wall Street reform. It would impose a small tax on all transactions, not orders that never become transactions. The FTT (together with other market reforms) would be an important curb on the “quarterly capitalism” that Secretary Clinton has properly cited as a drag on economic growth and contributor to income and wealth inequality. Quarterly capitalism is caused by short-termism of corporate management and shareholders driven by the dominance of the trading culture that fetishizes short swing share price changes. The FTT would slow down transactions and curb excessive market churning by speculators, while also raising substantial revenues. The order cancelation tax would not raise any where close to the same level of revenue since it would effectively stop the practice of tactical mass order cancelation. In addition, the HFT tactic addressed by the cancellation tax, while important, is just one element of excessive trading activity. Moreover, it is trading that happens so quickly that it is imperceptible by shareholding investors and management. It is indeed parasitic and costs the economy money, but it is not a cause of quarterly capitalism.

The plan also allows regulators to remove executives when “egregious misconduct” occurs on their watch. This is a very promising policy concept that deserves praise as it is filled out. But many details remain. What type of conduct is “egregious?” We are left to ponder that standard means. And even when this is better known, presumably egregious misconduct would have to be proved before a dismissal occurs.

Clinton’s proposal also includes a reasonable and commendable provision requiring that incentive-based compensation is levied to contribute to payment of fines for bad behavior.

Two additional proposals address the issues associated with prudential regulation (safety and soundness of banks) and protecting the public against systemic risk and institutions that are too-big-to-fail. Secretary Clinton proposes the re-enactment of the “swaps push out rule” that was repealed at the end of the last congressional session as part of the infamous “Cromnibus” deal that avoided a government shutdown. The rule would require banks to transact certain swaps business in separate corporate subsidiaries, walled off from the parent bank.  However, one reason that some Dodd-Frank supporters allowed it to be repealed was that it had been severely weakened in the negotiation of the bill during passage in 2010. There are large areas of the swaps business that were excluded. It would be better if Secretary Clinton’s proposal were to return the swap push out rule to its original form as then-Sen. Blanche Lincoln first proposed it.

The proposals also close two meaningful loopholes in the Volcker Rule. Banks can simulate risky proprietary trading, in which the bet their balance sheets for short-term profits, by investing in hedge funds. The Volcker Rule limited investments in hedge funds, but allowed up to 3 percent of bank capital to be invested as a de minimis amount. That number is simply too large, and the proposal will properly correct that.

Additionally, the Volcker Rule defines “hedge funds” by referring to the trust law section that allows them to be organized. It turns out that hedge funds can be organized under other sections of law, a distinction without substance that was not intended. Secretary Clinton’s proposal would shut this legal chicanery.

However, true reform of the Volcker Rule would also close off another loophole. There is an exception for banks acting as a “market maker,” a business line that allows markets to function in an orderly fashion. The Volcker Rule was interpreted to allow banks to execute swaps that are one-off contracts for customers. The point is that there is no market for such swaps and their embedded risk is often very difficult to assess and can balloon to very high levels. That is just the problem that brought down AIG and triggered a bailout of $185 billion. The obvious and important thing to do is simply to require that “market making” for a swap means that there is a real and discernable market for the swap. Only if there is a market that can provide a reasonable reference for evaluating risk can regulators know what could go wrong. That is why Congress allowed the “market making” exception in the first place.

In short, going after bad behavior will make the markets work better and controlling bank risk makes us safer, but truly bold policy would confront the core connection between the financial sector and the continuing problems of the real economy.