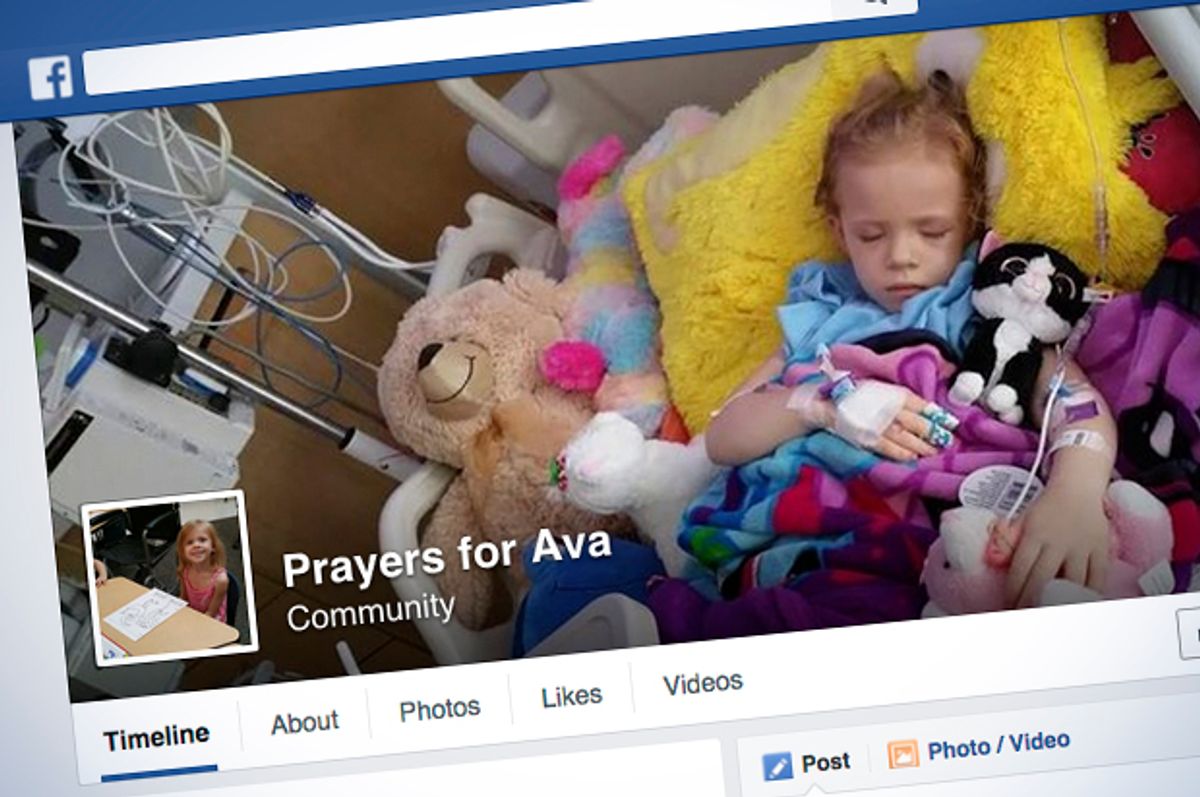 "Mommy, am I gonna die?" four-year-old Ava Ellis asked her mother. The young girl had just been shot by a police officer.

Inside Edition obtained audio of the incident, which took place near Columbus, Ohio.

Ava's mother, Andrea, accidentally cut her arm on glass. Her sister Brandie Kelly called 911, frantically shouting "She's bleeding all over the place!" and "I need a paramedic!"

A police officer happened to be nearby during the emergency. Andrea's sister asked the cop "Sir, can you get me a paramedic? I need a paramedic here!"

When the cop approached, he claims the family's dog ran toward him. He pulled out his gun and shot toward it -- yet missed, and hit four-year-old Ava in the leg, shattering her bone.

Police told the Columbus Dispatch that the cop was on the doorway when he shot the child. Neighbors said the family's dogs are on shock collars and cannot leave the house.

Family created a Facebook page for Ava. Her mother Andrea wrote her account of the incident in a post. She names the police officer who shot her child, Jonathan Thomas, and says that, as soon as he saw the dog, who was eight to 10 feet away from him, he fired -- in the direction of her eight-year-old niece and Ava.

"Ava was crying and asking if she was going to die as her aunt Brandie, cousin Madison, big brother Clayton and little sister Mia watched crying in fear," Andrea recalled.

Officer Thomas claimed that the dog charged at him, but Andrea's sister Brandie denies this, and says the pet was in the house when he shot at it.

Andrea also revealed that the cop never apologized or asked if the four-year-old was okay and immediately left after shooting her. Neighbors have corroborated this account. Ava's mother wrote:

The young girl was taken to a nearby hospital, and is in stable condition. The Inquisitr reported that Ava started school in a wheelchair, and may walk with a limp for the rest of her life.