Twitter CEO's smarmy lay-off note reveals yet another tech industry Messiah complex: "The world needs a strong Twitter, and this is another step to get there"

Jack Dorsey says to his 336 laid-off employees that it isn't an easy choice, but "it is right" 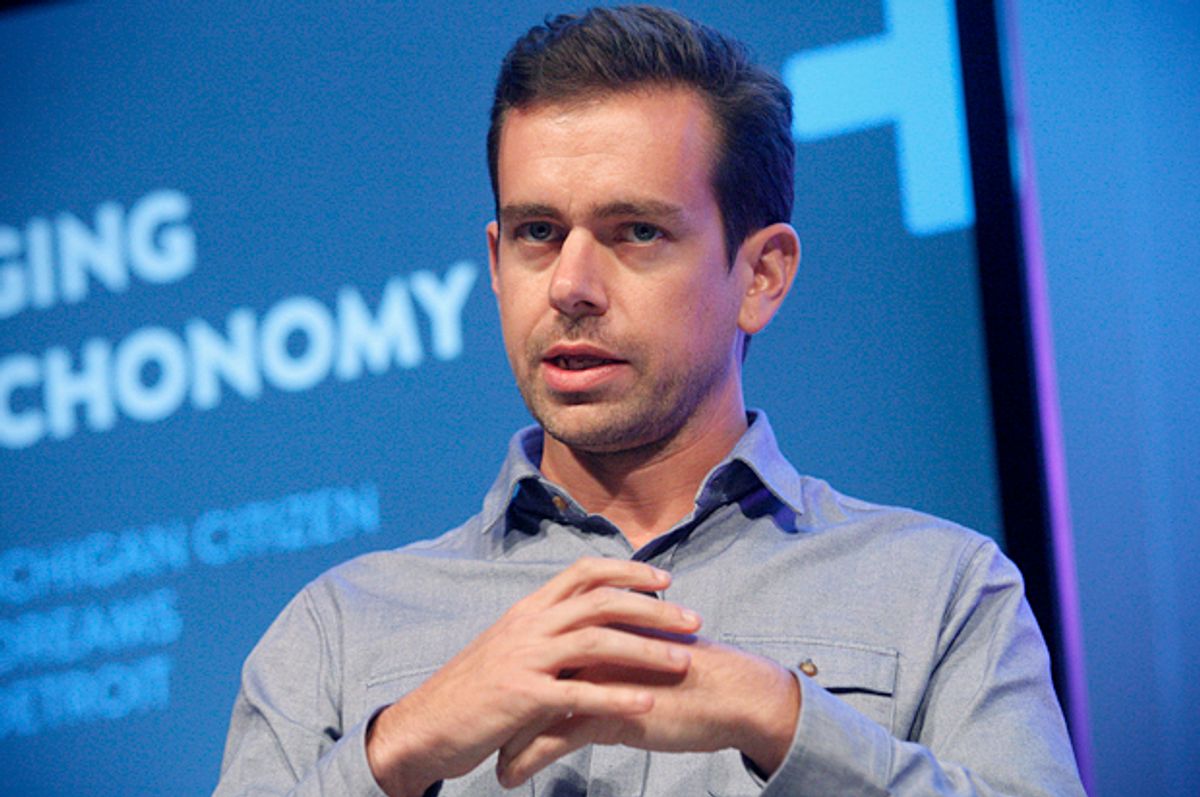 Cyber utopians tell us that the coming of the digital age keeps us all meaningfully connected, that its companies are smarter and more efficient than the ones they replace, that the new technology encourages innovation of the kind the world has never seen. In some regions – the Bay Area, greater Austin, Seattle and environs – it can seem like the digital revolution is creating lots of jobs and pumping energy into local economies.

The latest news from Twitter – the impending layoff of 336 people, about 8 percent of the company’s staff – reminds us, though, of just how shallow and awful the digital world can be.

Twitter’s new CEO, Jack Dorsey, sent out an email Monday – he later tweeted it -- that explained the situation:

We are moving forward with a restructuring of our workforce so we can put our company on a stronger path to grow. Emails like this are usually riddled with corporate speak so I'm going to give it to you straight.

Well, that’s reassuring. He then – in his attempt to avoid corporate speak – discussed the “streamlined roadmap,” “bold peek into the future,” and "impactful priorities.” Boy am I glad we avoided business-school jargon and corporate cheerleading here.

Twitter apparently had its reasons for trimming its expenses. As USA Today’s Jessica Guynn reports:

[Dorsey] is retaking the helm as Twitter as struggles to attract new users and restore confidence on Wall Street. The main challenge: Twitter faces growing competition for advertising dollars and people's attention from Snapchat, Facebook and the Facebook-owned services Instagram and WhatsApp.

But let’s look more broadly at how the Internet economy works. Twitter could go beyond $2 billion in revenues this year (that’s up from just $28.3 million in 2010). The economy larger U.S. economy is creating jobs at a consistent pace, adding something like 200,000 jobs most months despite last month’s softening.

Companies need to shrink from time to time, but the timing seems strange here, especially as Twitter rolls out new features like Moment and expands its video and other capacities. This isn’t a steel plant or paper factory or other kind of sunset industry, but the exciting world of social media.

But the dirty little secret of the digital world is that even profitable companies don’t create that many jobs compared to the old model.

Amazon, for instance, employs less than a third of those a similar sized brick-and-mortar retail company would – 14 employees for every $10 million in revenue, compared to 47 bookstore employees for the same amount of revenue. In manufacturing, the disparity is even more extreme: As Silicon Valley entrepreneur Hank Notthaft told Marketplace, “Facebook is valued by Goldman Sachs at $50 billion, nearly as much as Boeing, but Boeing employs some 160,000 people, whereas Facebook only employs 2,000.”

Jaron Lanier leads off his book “Who Owns the Future?” describing the way Kodak once employed 140,000 people. “But today Kodak is bankrupt, and the new face of digital photography has become Instagram. When Instagram was sold to Facebook for a billion dollars in 2012, it employed only 13 people.”

There’s probably no gracious way to lay people off, but the tone of Dorsey’s note has at least a touch of the tech-world’s messiah complex alongside the euphemism. He’s taking people his company has hired, and putting them out of work. Are they supposed to be grateful? Dorsey seems to think so. “This isn't easy,” his note says. “But it is right. The world needs a strong Twitter, and this is another step to get there.”

Is the world’s need for a “strong” Twitter really more important than the need for people who've worked what is likely more than 12 hours a day to hold onto their homes and their family’s medical insurance?

Now, there is no bile in this note, no invective. Dorsey is clearly trying to do this in as honest and humane a way as he can, and he’s surely not the first corporate chief to announce layoffs. But it’s the latest sign that our economy in the age of digital dominance has become a strange and unstable place.