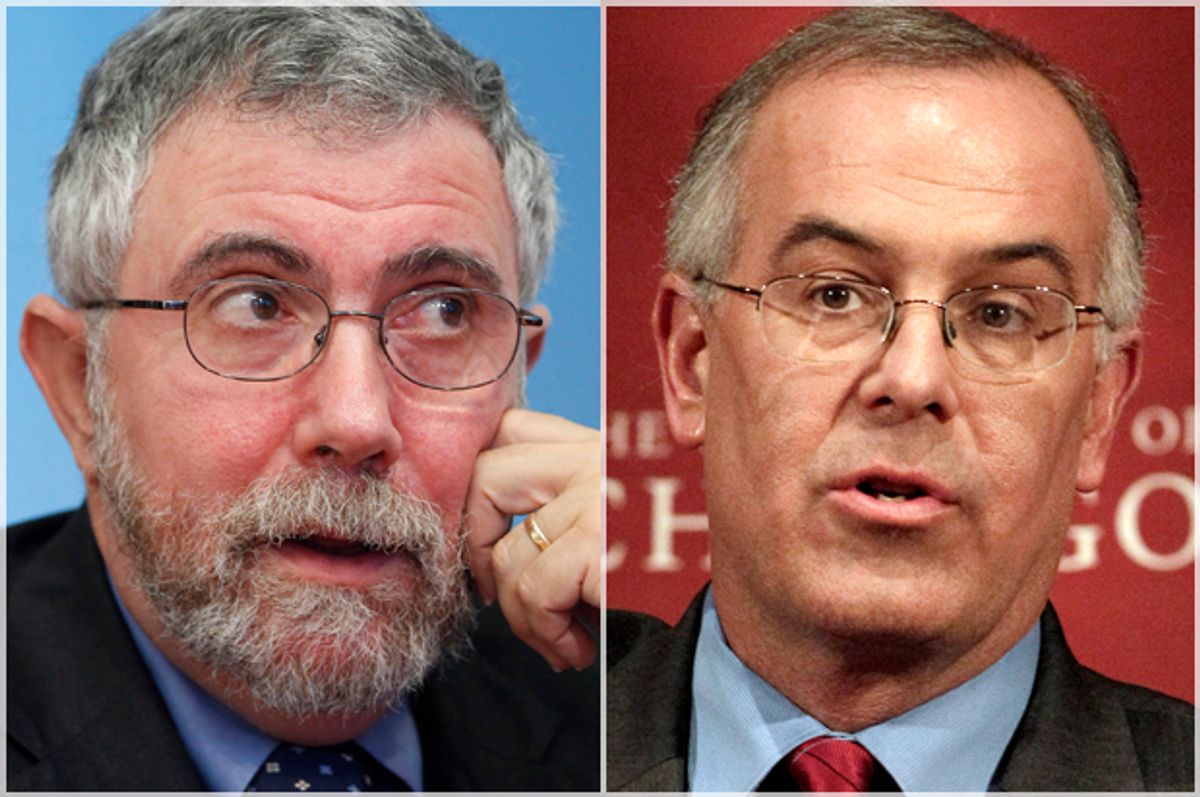 David Brooks looked up this week and suddenly found himself disillusioned with the Republican Party, calling Republicans running for the White House and the House speakership "insurgents" who "are incompetent at governing and unwilling to be governed."

While any conversion to reality-based thinking is usually welcomed, if not applauded, at least one colleague of Brooks is a tad suspicious of his extremely late realization that "the party abandoned traditional conservatism for right-wing radicalism."

Paul Krugman, not one to spike the football, offered a slightly shady "OK, I guess," to Brooks' willfully naive definition of conservatism as standing for "intellectual humility" and a "belief in steady, incremental change," on his New York Times blog  today.

Conservatism is "a preference for reform rather than revolution, a respect for hierarchy, precedence, balance and order, and a tone of voice that is prudent, measured and responsible," Brooks wrote.

But "that kind of conservatism left the Republican Party a very long time ago," Krugman reminds him:

Remember, Ronald Reagan embraced supply-side economics, which was not only a radical doctrine but one rejected by virtually the entire economics profession; was that “intellectual humility”? And remember that Newt Gingrich tried to undermine the constitutional separation of powers with a government shutdown more than 20 years ago.

Despite writing that "it is easy to sketch out a scenario in which [Obama] could be a great president," ahead of the 2008 election, Krugman had to remind his colleague that "by David’s definition Barack Obama is pretty conservative," citing Obamacare as an example of incremental rather than radical change:

My point is that if what you want is traditional conservatism, the only people with real influence with anything like that mindset are Democrats. Actually existing conservatism is a radical doctrine.