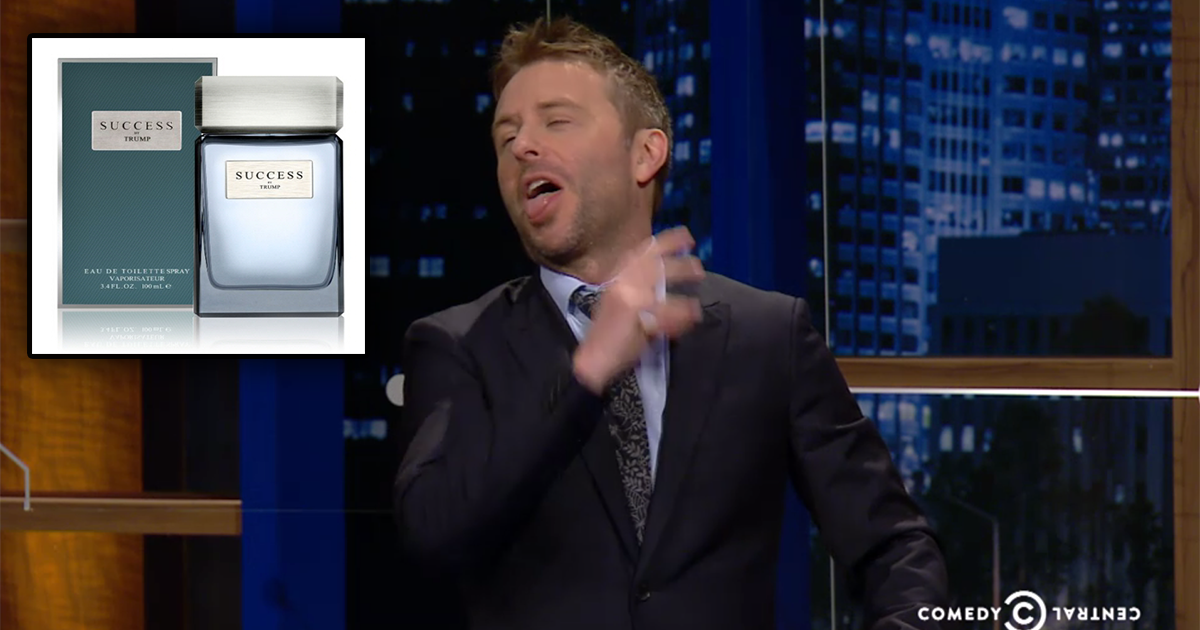 "Fun fact about Donald Trump, glad there is one," Hardwick began. "He's the first presidential candidate to have his own line of fragrances. One of the many ways you can tell he should not be President. And in case any of you underestimates what an asshole he is, one of the fragrances is called 'Success.' It's an inspiring blend of jet fuel, cat shit and nanny tears. So you can smell like a questionably masculine apocalypse."