The real reason the Republican Party is imploding: It's still all about race

What's causing the GOP's slide into complete dysfunction? It's not overheated rhetoric; it's the politics of race 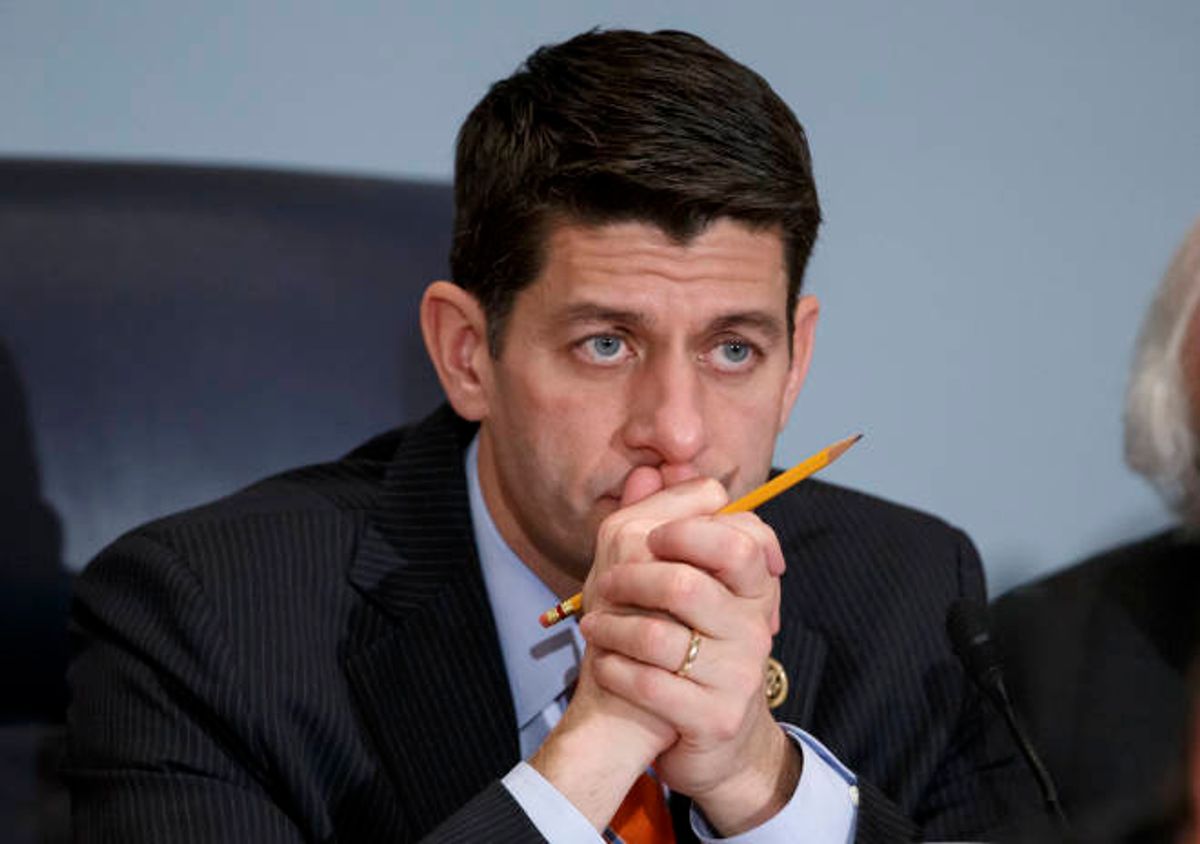 It was only last week that Rep. Kevin McCarthy opted not to run for speaker of the House, effectively driving his party, and the U.S. Congress, into a brick wall. Yet despite having more than 240 options and a pressing need to save the world from another global recession, Republicans in the House are reportedly no closer to finding John Boehner’s successor. As a matter of fact, things have gotten so bad that the conservative establishment is begging Rep. Paul Ryan to take the job. He says he’d rather not.

But over the weekend, it started to look like Ryan may not have to resign himself to the miserable fate of being one of the most powerful people on the planet — at least not yet. Because according to reports which first emanated from Breitbart.com and other tribunes of the far right, but which have since been corroborated by the New York Times and others, even Ryan may not be conservative enough to please the 30-40 extremists who felled Boehner, thwarted McCarthy, and call themselves members of the House Freedom Caucus.

Yes, that’s right: The Republican Party is now beholden to a faction so zealously reactionary that Paul “Ayn Rand is the reason I got involved in public service” Ryan is, in its reckoning, much too far to the left. These are the rules of the Congress the Tea Party created. It’s enough to put the fear of God into even the most devoted of GOP apologists. David Brooks, for example, is castigating Republicans for “right-wing radicalism.” It’s gotten that bad.

Still, recognizing the problem is the easy part. The harder part is acknowledging where it comes from. Brooks chalks the GOP’s militancy up to 30 years of “rhetorical excesses, mental corruptions and philosophical betrayals” and suggests that Republicans are “addicted to a crisis mentality.” But although Brooks is right when he notes that GOP extremists “always” act like the country is “on the brink of collapse,” apocalypticism isn’t the problem here. No, as is so often true in American politics, the problem is race.

Some hardliners pay lip service to his supporting the 2008 bailouts when explaining their opposition to Ryan. But if you follow the far-right press, or listen to rank-and-file activists, it’s blindingly obvious that conservatives’ real problem with Paul Ryan is that he not only supports comprehensive immigration reform, but supports higher levels of overall immigration, too. “There’s nobody in the Republican Party who could be worse than Paul Ryan,” said Roy Beck, a leading “immigration control” activist, to Breitbart. “Open Borders is in his ideological DNA. That’s the terrifying thing.”

Erick Erickson, meanwhile, has described Ryan as “a dangerous pick for conservatives” and “a creature of Washington.” He’s also called Ryan “not a bad guy” and “a competent, good guy.” But only to soothe the burn of yet another sobriquet: “the draftsman for bailouts behind the scenes.” Conservatives who challenge Speaker Ryan “will immediately be labeled as fascist totalitarians,” Erickson warned. Conspicuous in its absence, though, was an acknowledgement of what they’d be fighting him about. It won’t be the 2008 bank bailouts; it’ll be immigration.

That’s in the medium- or long-term. If it’s 2017 and there’s another Democrat in the White House, simply not bringing comprehensive immigration reform up for a vote will probably be enough. But in the short-term, the extremists have bigger plans. Reportedly, they want the next speaker to agree to use a debt-ceiling default and a government shutdown as “leverage” in order to force President Obama to acquiesce to his legacy’s dismantling. The lesson of 2011 and 2013, as they see it, is that the world economy and the federal government are damn good hostages to take.

And if we keep in mind that these folks think the world is ending as it is already, their strategy makes sense. In fact, it’s a real mistake to dismiss these people as lunatics, as their critics, both on the right and the left, so often do. Far as I can tell, these “crazy” tactics have borne them plenty of fruit. Where they break from the rest of the political establishment is in their analysis; that apocalyptic stuff about the end of the republic, the New Black Panther Party, and immigration being akin to “invasion.”

But that’s not craziness; that’s racism. They’re different. So if Brooks and others really want to know how this dysfunction got started, they’ll have to look back further. Before the Tea Party, and before Paul Ryan was even born. They’ll have to examine the roots of today’s Republican Party. I’d recommend they start with Richard Nixon and the presidential campaign of 1968.