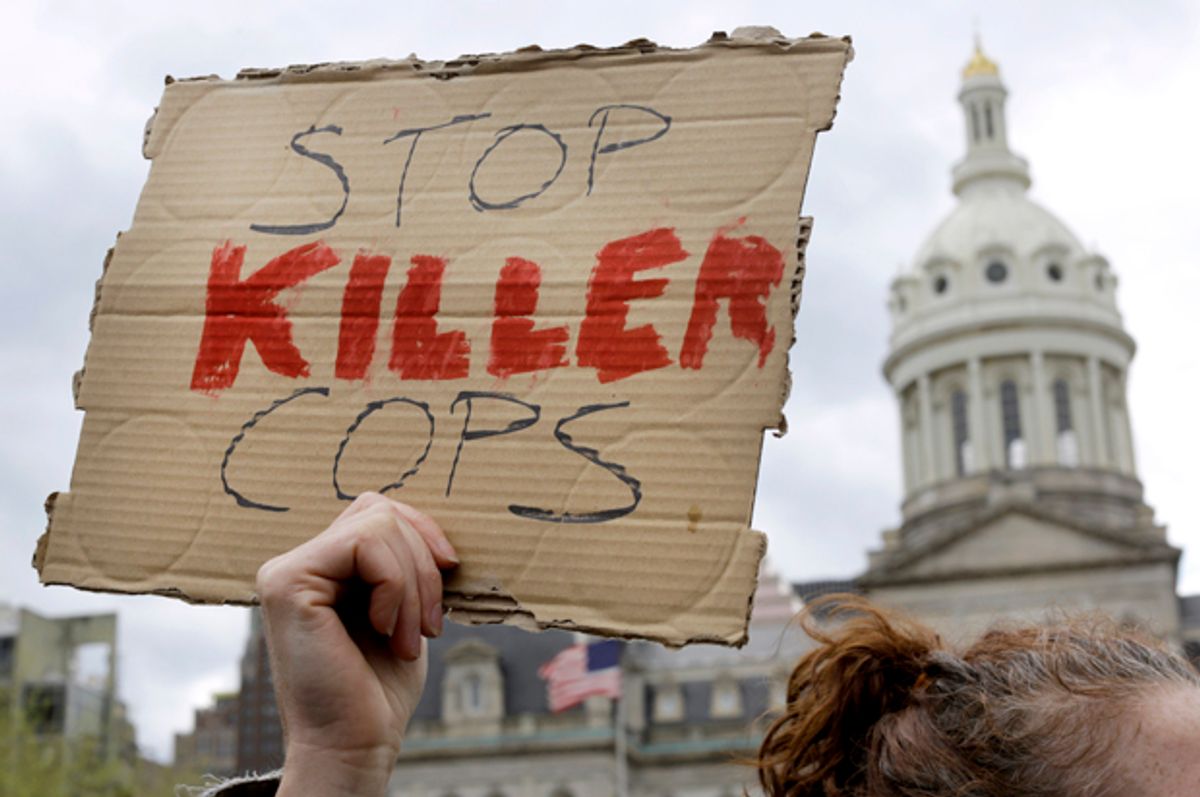 Quis custodiet ipsos custodes? Who watches the watchers? For any political system that legitimizes itself on a principle higher than brute force and domination, the poet Juvenal’s aphorism is one of life’s central, irresolvable questions. If those we grant the utmost authority are, like all humans, fallible, what should we do if they fail to keep themselves in check?

There isn’t a single answer. But a solution a lot of really smart people have come up with over the past few centuries is something called liberal democracy, which gives ultimate authority to the people but also enshrines a number of fundamental rights. And these rights cannot be denied — not even by a unanimous majority. It can be an incredibly hard balance to strike; but that’s at least how the system is supposed to work.

Yet according to two new reports from the Guardian and WNYC, that’s not how it works in the United States, the sometimes self-described “oldest democracy in the world.” Judging by these two pieces, which both look at how law enforcement, the “watchers” Americans know best, hold themselves accountable, the answer to quis custodiet ipsos custodes? in the U.S. is dreadfully simple: No one. Not even themselves.

Let’s start with the WNYC report, which centers on a provision in New York State’s Civil Rights Law — Section 50-a, to be precise — that “makes personnel records for law enforcement confidential.” What does that mean, in practice? If a defense attorney wants to see information about an officer who is testifying against her client, she has to persuade a judge that something in that cop’s file “is relevant to the case.” Section 50-a makes that information “confidential.”

So say a prosecutor’s case hinges on the testimony of a cop, and say the case has to do with whether that cop’s partner unjustifiably assaulted her client. If that cop had a voluminous history of accusations of police brutality, that could make all the difference in how much weight the cop’s testimony is given. And remember: the Constitution grants everyone defendant the right to exculpatory information — including, WNYC notes, “material impeaching the credibility of a prosecution witness.”

But here’s the rub for people in New York: Prosecutors “only have to turn [information] over if they know about it, and they’re not required to go out of their way to find it.” In other words, unless they go digging through that confidential file — which they know could contain information about their witness that could hurt their case — prosecutors won’t know much of their witnesses’ professional history. And what they don’t know, the defense can’t find out.

As Robert Freeman, the executive director of the New York’s Committee on Open Government, told WNYC, “Police officers are the public employees who have the most power and control over people’s lives. And the result of 50-a is that they are the least accountable.” This is the “reverse” of what the dynamic should be, Freeman says, putting it lightly. But according to the police unions that backed 50-a and defend it still, it’s necessary to spare officers from “witch hunts.”

OK, you might be saying to yourself, but everyone knows the cop unions in New York are especially powerful. This seems bad, sure, but maybe it’s more of a problem for New York than the whole United States? It’s not an unreasonable supposition. Thing is, according to WNYC, it’s not just New York. It’s New York, Washington, D.C., and 23 other states. New York may interpret its law more “broadly” than some other states; but the basic idea, that the people given power over life and death must be protected from scrutiny, holds.

It gets worse. As bad as New York and nearly half of the other states in the country are at keeping tabs on law enforcement conduct, the federal government, according to a report from the Guardian, is maybe even worse. When reporters from the newspaper started combing through “previously unpublished” FBI data on homicides by police officers in 2014, they couldn’t find the name “Eric Garner.” They couldn’t find the names “Tamir Rice” or “John Crawford,” either. This is, it turns out, essentially by design.

Out of the 18,000 law enforcement agencies in the U.S., the Guardian reports, only 224 reported a fatal shooting by an officer to the FBI last year. That’s about 1.2 percent. This is not the product of bureaucratic dysfunction; it’s because the program is, as FBI spokesman Stephen Fischer tells the Guardian, completely voluntary. “We have no way of knowing how many incidents may have been omitted,” Fischer says. How often did cops kill Americans in any given year? Like you, the federal government doesn’t know.

To be fair, this isn’t something the feds seem especially happy about — at least not all of them. Both Attorney General Loretta Lynch and FBI Director James Comey have recently recommended establishing solid records for homicides by police. Comey has referred to the federal government’s lack of information as “unacceptable,” “ridiculous,” and “embarrassing.” But as you might expect, what movement there’s been on the issue has come from activists like Black Lives Matter, not law enforcement.

So who watches the watchers in the United States? Who is keeping tabs on the people bestowed with the supreme power; the ability to, in a split second, decide between life and death? To answer that question, all you need to do is close your eyes. When you see nothing but a void, it means you’re looking right at ‘em.