"What does that mean? Or maybe that's what you call a group of us?" Wilmore said confused 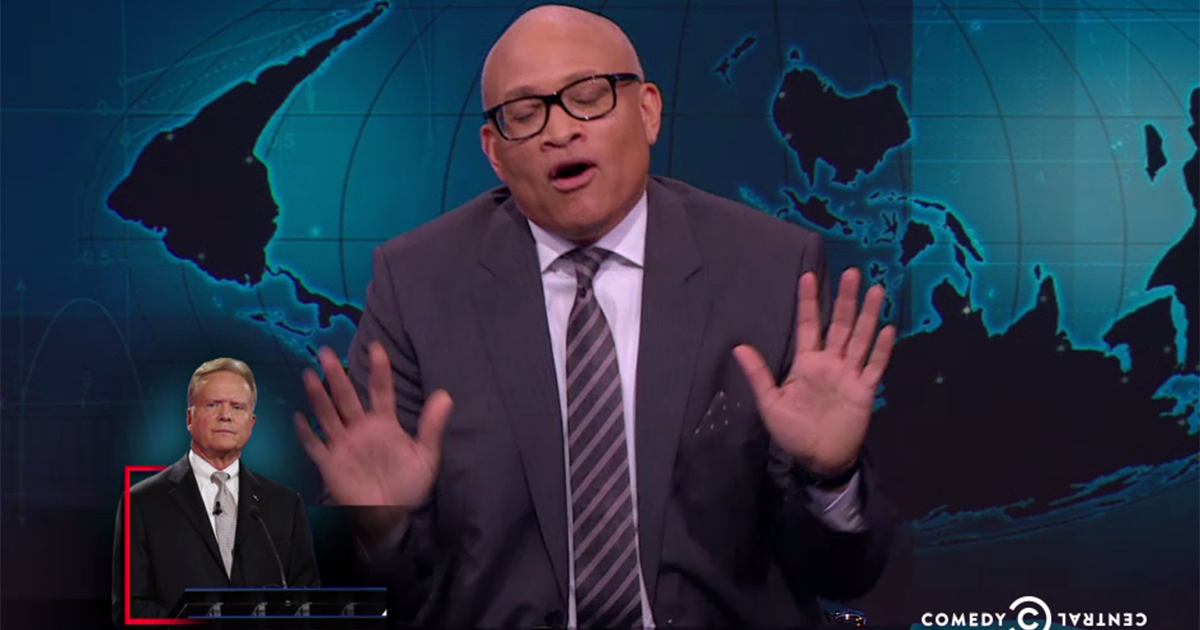 Larry Wilmore launched into the first Democratic debate on Wednesday evening's Nightly Show by calling it the unblackening of the White House. "Or, as I like to call it, the race for Hillary Clinton's running mate."

Wilmore mocked the way that CNN marketed the whole debate like it was a Vegas boxing match. Running a clip of the intro, you quickly see the head-to-head part is between Clinton and Sanders the "surprise threat," but then they casually threw in the three other old white dudes that no one knows. "Three other political veterans?" Wilmore said shocked and confused. "You couldn't even say their names, CNN?"

Wilmore said he really didn't want to make fun of Lincoln Chafee because he's really a nice guy but his suit was too big and "with that tie he clearly cut out of his hotel curtains an hour before the debate."

But it was what Wilmore said about Jim Webb that is worth watching. The Confederate flag-supporting former senator isn't exactly the favorite among people of color, especially Wilmore. "All of the candidates were given the question 'Black Lives Matter or All Lives Matter.' Now, we're at the Democratic debate. Black lives matter, move on, right? But I think Jim got caught in his own web," Wilmore said before running the clip where Webb talks about the "situation" of African Americans. "The situation of African Americans? What does that mean? Or maybe that's what you call a group of us? Like a school of fish or a gaggle of geese. It's a 'situation of African Americans' it makes sense. That would explain why every time cops see a group of black folks they say 'Uhh, Lieutenant, we've got a situation here.' It does make sense."

Check out Wilmore below:
Part 1: