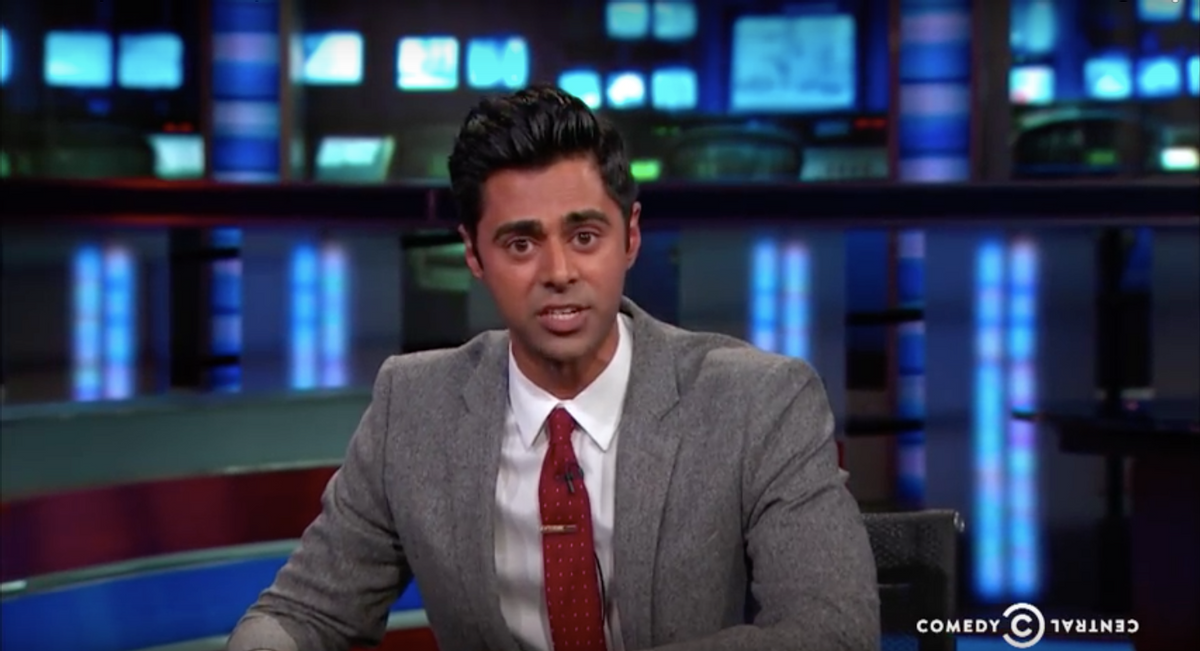 When Minhaj was called in for his second audition, he was asked to bring an entirely new set of material — material that he didn’t have. Luckily, that was the night that Bill Maher and Ben Affleck got into their infamous on-air fight about Muslims. According to Minahj, this gave him the idea for his audition segment, titled “Batman vs. Bill Maher.” He flew to New York, performed it for Jon Stewart, and immediately got the job.

“Islamophobes are thankfully right on time when you need them,” Minhaj joked. "They are like the gift that keeps on giving.”

In a Daily Beast piece published today titled “How Bill Maher Actually Helped a Muslim,” Obeidallah drove home the point, riffing: "So there you have it. Thanks to Bill Maher’s anti-Muslim diatribe, Minhaj got a gig on The Daily Show and is about to star Off-Broadway in his own one-man show. Maybe we should send Maher a thank you gift? I’m thinking a special homemade clock built by Ahmed Mohamed."

Listen to the segment below: