"Where you been running from?": Watch officers try to detain Alabama man for jogging at night while black

"A black man jogging at night is suspicious," one officer said in order to justify detaining the jogger 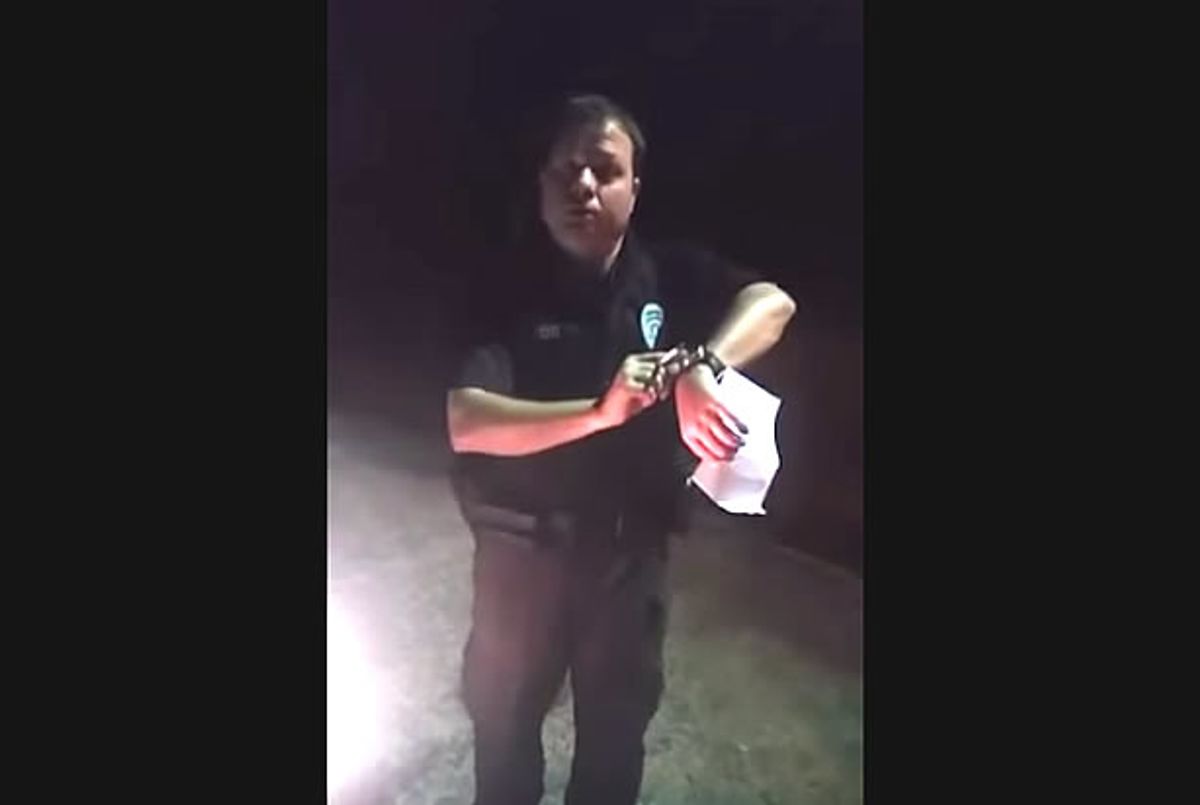 Earlier this month in Talladega, Alabama, Corey Dickerson was out jogging very early Sunday morning when he was stopped by 2011 Officer of the Year nominee Kenneth Price because "a black man jogging at night is suspicious."

The audibly out-of-breath Dickerson was resting with his hands on his knees as he began recording his encounter. "You look like you been running," Price noted.

Price demanded Dickerson to identify himself and provide identification, which as the Free Thought Project's Matt Agorist noted, he is not, under Alabama law, entitled to do.

"It is 12:30 in the morning," Price made by way of argument. The officer claimed that "we've had a lot of burglaries and thefts, and we don't know who you are," and informed Dickerson that he was, in fact, being detained.

"So you can detain me for anything whatsoever?" Dickerson asked.

After another officer -- one who also witnessed Dickerson jogging but had sense enough, at the time, not to detain him -- arrived, Dickerson noted that while he's not a lawyer, "I know that in order to detain me, you’ve got to have some type of reasonable suspicion that I’ve committed some type of crime. I’m minding my own business out here, I’m literally jogging -- exercising."

The second officer attempts to deescalate the situation by informing Dickerson of how easy it would be for them to escalate it. "If [Officer Price] wants to push it far enough, he can arrest you for failure to identify," the officer said.

"Is that a real law?" he replied. "I'm going to look that up tonight, if I don't go to jail." In the end, however, Dickerson was not arrested for jogging at night while black.

Watch the entire exchange below via the Free Thought Project.