After her interview with Charles Koch last night, the only question is: Where's Megyn Kelly's vaunted integrity now?

She earned liberals' respect by taking on Trump, but apparently her integrity can be bought 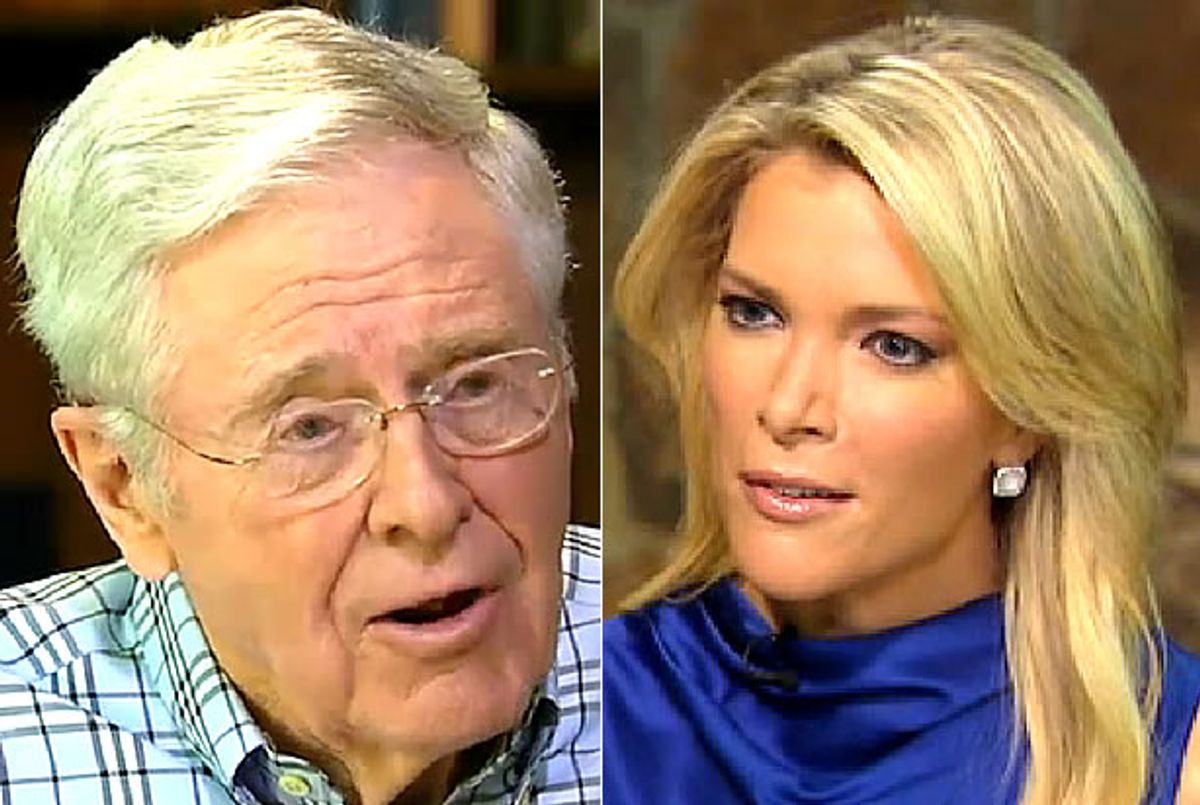 Megyn Kelly earned the respect of many liberals -- this one included -- for her performance during Fox News' Republican presidential debate, but apparently she knows the difference between going after candidates and attacking those they kowtow too, as her "interview" with Charles Koch last night on "The Kelly File" was simply embarrassing.

Koch's motivation behind giving this rare interview was to hawk his new book, "Good Profit," which if what he said last night is any indication is a collection of self-serving treacle that's about as valuable as the book's titular pun is clever. Kelly could have pressed Koch on any number of issues instead of allowing the "good profit" to recite chapter and verse, but for whatever reason never did, preferring to ask the kind of questions a kindergarten teacher would of an industrious student.

"So your book, 'Good Profit,' reads like a love letter to your father," she said, "how big of an influence was he on you?" (Paraphrased answer: "The biggest!" Actual answer: "Pop, why were you so harder on me than my younger brothers? He said, 'Son, you plumb wore me out.'")

The interview was intercut with hagiographic segments devoted to his vaunted work ethic or his time at M.I.T. -- or the time he took over as CEO of his father's company -- in order to demonstrate just how much of a self-made man the elder of the Koch brothers is.

"Tell me the first piece of advice your dad gave you when you took over as CEO," Kelly lobbed.

"Son, I hope your first deal is a loser, otherwise you'll think you're a lot smarter than you actually are," Koch spun. This yarn of false humility threaded through the entire conversation, right down to Koch declaring that "success is the enemy of success," which is no doubt why he and his brother continue pour millions of dollars into elections, local and otherwise -- in order to ensure their own "productive" failure.