Ann Coulter tries — and fails, spectacularly — to defend her white privilege to the women of "The View"

Of course "I'm a Native American," she argued at one point, "I'm descended from settlers" 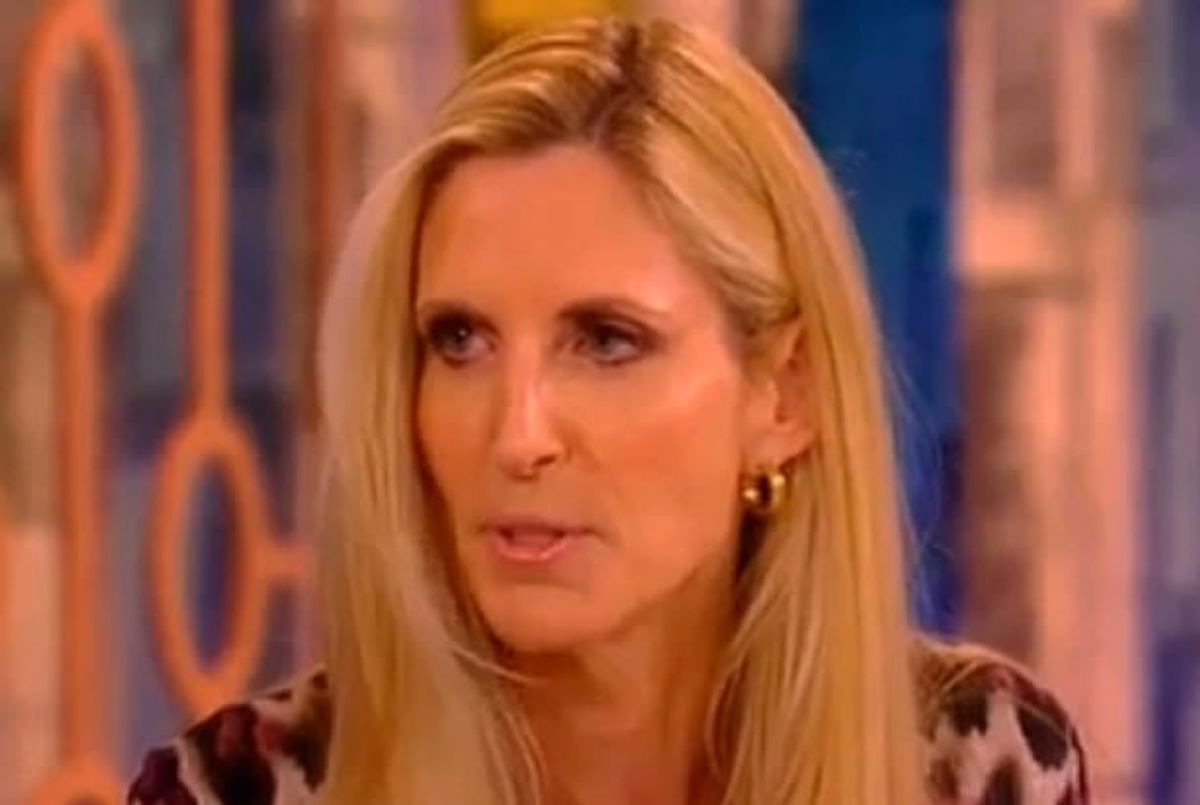 Ann Coulter appeared on "The View" today to promote her new book, "Adios, America," and to teach native Spanish speakers how to properly pronounce "adios" and declare that, as "a settler," she's a Native American.

The interview was hostile from the get-go, with Nicaraguan native Ana Navarro asking her to explain what the subtitle of her book -- which bemoans the fact that immigrants are allegedly transforming America into "a Third World Hellhole" -- actually means. Coulter ignored the question, preferring instead to correct Navarro on the American pronunciation of "adios."

Lest you think that's the most awful thing Coulter could say, Navarro asked Coulter whether her family immigrated to the United States or whether she was a Native American, and Coulter replied "I am -- I'm a settler. I'm descended from settlers, not immigrants."

Raven-Symoné asked her "why do you think your success" is based off of attacking non-white people with "words that cut the hearts of Americans," and Coulter dodged that question too, saying that "at least I'm talking about policy, you insult people for their names."

Coulter insisted, repeatedly, that the only reason immigration exists is because Democrats need votes and plutocrats need maids, and no matter how much the panelists -- immigrants and the children of immigrants alike -- protested, she never wavered. And why should she?

As Raven-Symoné pointed out, her career is predicated on her stubborn refusal to confront reality.

Watch the entire episode of "The View" via ABC.