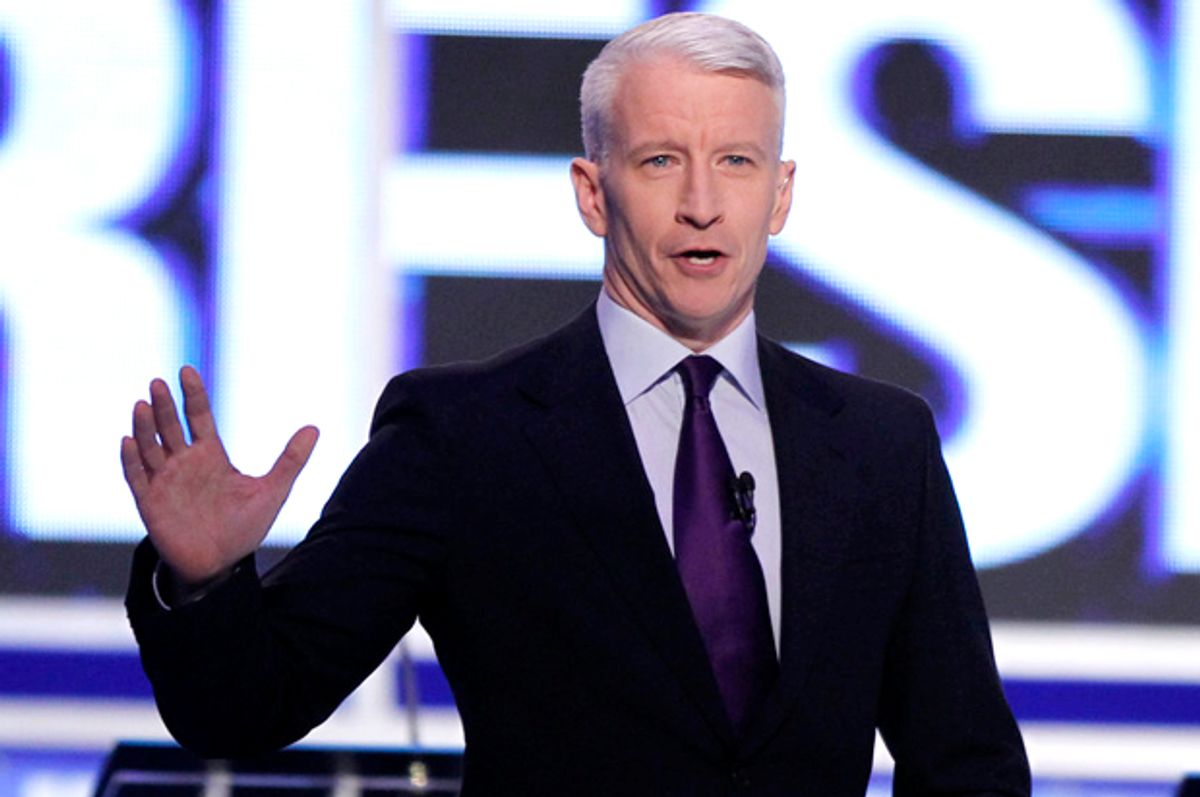 Sixty-one percent of likely Democratic caucus goers in Iowa are “mad as hell” about the amount of money in politics, a Des Moines Register/Bloomberg News poll found in September. Nationwide, 85 percent of Americans believe we need fundamental changes or to completely rebuild our campaign finance laws, according to a New York Times poll from the summer.

Yet, Tuesday night, except for Sen. Bernie Sanders, repeatedly, and, very briefly, former Sen. Jim Webb, candidates made no mention of the dependence of our political system on the billions of dollars candidates raise from a relatively tiny group of wealthy Americans. What’s more, before the eyes of 15 million voters, none of them shed light on what could be done to change the system.

On the campaign trail, Sen. Sanders vows to battle the “billionaire class," fight for a constitutional amendment to overturn the Supreme Court’s Citizens United v. FEC decision, and help enact a new funding system based on small donations. Earlier this year, former Secretary of State Hillary Clinton said one of the “pillars” of her campaign is to get rid of “unaccountable money” in politics, and she released a comprehensive plan explaining how she’ll do that. Former Maryland Governor Martin O’Malley, too, has spelled out his plan for reforms.

But none of the candidates put any solutions to the political money quagmire before the public during the debate, as if they have none—mainly, because they weren’t even asked about it.

With millions already spent on television ads, broad public anger about the barriers created by our big-money system, and a stream of news stories covering the donor class and its outlays, it felt unavoidable that the moderators of the first Democratic debate of the cycle would feature at least one question on the issue, especially with presidential campaign cash filings being reported this week.

But, unfortunately, Anderson Cooper spent no time whatsoever on the topic of money in politics. Cooper’s three CNN colleagues followed his lead in avoiding the issue.

Any of the journalists on stage could’ve asked how, in the face of congressional gridlock and a hostile Supreme Court, anything could be done to reduce the influence of big donors and raise the voices of everyday people.

Clinton, Sanders, and O’Malley all have clear ideas for how they’d strengthen our democracy. What would each person prioritize: Would it be overturning Citizens United, regulatory action on transparency in political spending, or pushing for an expanded role for small donations?

The moderators might have asked how they’d be different than President Obama, who made promises on the campaign trail about our campaign-finance system but has so far taken little meaningful action.

In addition to querying the candidates on how they would vote on this fall’s recreational marijuana initiative in Nevada, the reporters could have asked the same question regarding November ballot measures in Maine and Seattle that would push back against big-money power on the post-Citizens United political battlefield.

There are many pressing challenges facing our country, and fitting them all in one debate would be impossible, but very few cause such anger and frustration with the American people as their belief that our politicians are being sold to the highest bidder. Few issues show such broad, bipartisan agreement in poll after poll. And few issues connect so easily to so many of the other pressing dilemmas, from Wall Street regulation to climate change to broad economic policy, on display at these debates.

Presidential aspirant and Harvard Law School professor Lawrence Lessig has staked his whole campaign on the premise that money-in-politics solutions won’t get the attention they deserve without a jolt of outside energy and determined focus, but he wasn’t invited to attend. Tuesday night’s debate gave fresh evidence to support his point. And reformers, more generally, must find new ways to ensure the issue gets its due recognition in the Presidential contest.

When the Democrats meet to debate again next month in Iowa, the moderators should ask substantive, probing questions about candidates’ positions on money in politics and how exactly they plan to change the system. To do otherwise is to suggest the problem is either without solutions or simply unimportant. Yet, Iowans “mad as hell” about money’s influence in politics would likely say it’s worth moderators giving the issue airtime in November.

Nick Nyhart is president and CEO of Every Voice Center, a national nonpartisan organization that fights to raise the voices of everyday people in our democracy.