Want a gun? Take a bullet: Take this, gutless NRA cowards -- you can have a gun, once you understand the pain of being shot

Gun control doesn't go far enough. If you want license to carry a weapon, you should know the pain of getting hit 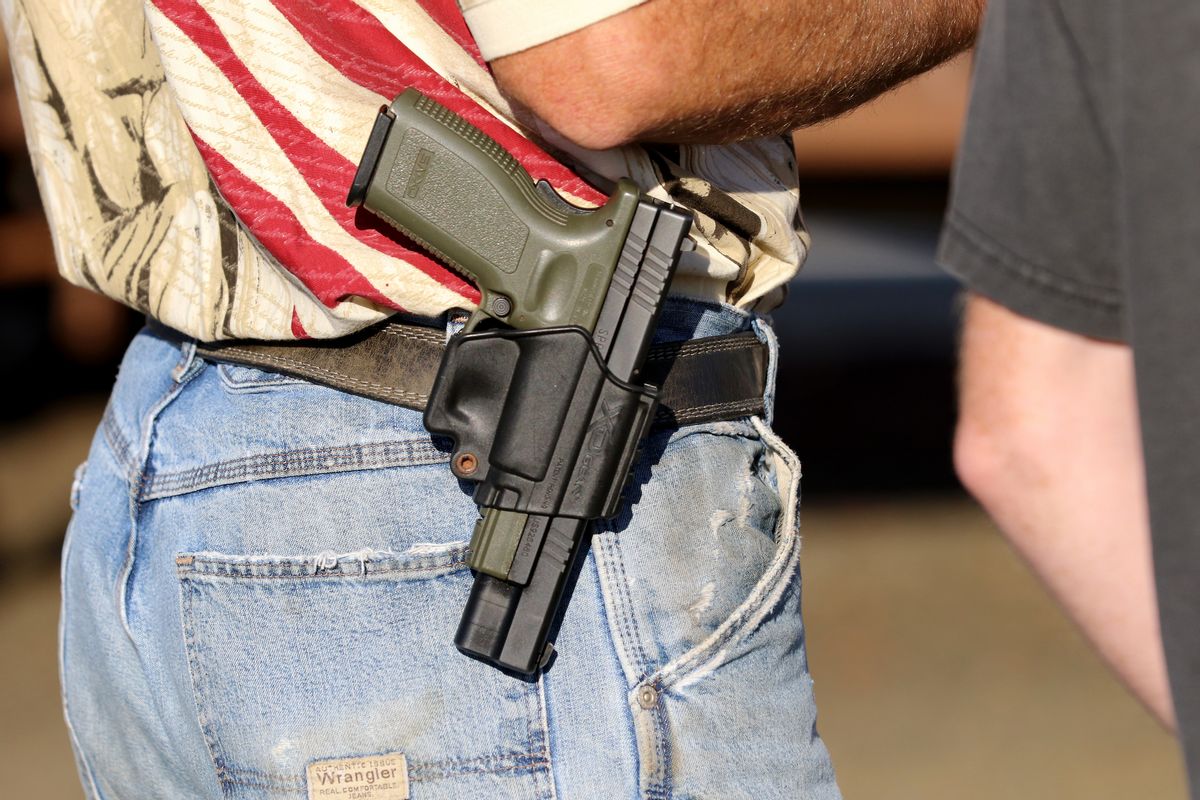 As a teen I watched Chris Rock brilliantly address America's gun problem during his Bigger and Blacker stand up. “We don’t need gun control,” Rock pleaded to a packed house, “We need bullet control––if bullets were $5000, people would think before they shot some one! You gotta really piss someone off for them to dump $50,000 worth of bullets in to you!” And just like the crowd, my brother, some friends and I erupted in laughter.

Rock was definitely on point, $5000 bullets would be great but I’d take it a step further––I believe that being shot should be requirement for gun ownership in America. It’s very simple. You need to have gun, like taking selfies with pistols, can’t live with out it? Then take a bullet and you will be granted the right to purchase the firearm of your choice.

If we could successfully implement this rule, I guarantee the mass shootings will stop. Watching cable news now in days makes me physically ill. Week in and week out we are forced to learn about another coward, who can’t stand to deal with the same rejection that most of us face–– so they strap themselves with guns and then cock and spray at innocent people. Heartbroken survivors and family member images go viral, as our elected officials remain clueless.

The Democrats faced off for the first time this week. Clinton lead with a stat that was just as staggering as it was sad, “90 people a day die due to gun violence!” followed by the rhetoric that has been tossed around for years––more rigorous gun laws coupled with a stricter screening process and plans that are never clear or properly fleshed out. She and Bernie traded blows on who’s tougher but still––no solutions on aggressively addressing this matter.

People like Dr. Ben Carson make matters worse with the same tired sayings that offer guns as a solution to everything––even historic tragedies like the Holocaust and recommending that fire arms be present in elementary classrooms. I know that if you want to win a Republican nomination, you must be a rifle-hugging Christian. However, Carson’s responses to our nation's gun problem, along with statements from the rest of the gang that make up the Republican candidates on the these mass shootings have been some of the most disrespectful, insensitive things I ever heard in my life and represent why many in our nation are disenchanted with party politics.

I expect the disconnect from a guy like Trump who has probably never met a poor person in his life, but Carson spent years in my hometown of Baltimore. The nation knows that people in Baltimore are quick to reach for their guns, as our per capita murder ranks among the highest in the country every year. Carson worked at Johns Hopkins, a place that treated many victims of senseless gun violence and even tells the story of the time a dude in Popeye’s whipped out on him. If that dude would have shot him, his view on gun control would be completely different.

Bullets are extremely hot and they hurt. I saw them paralyze, cut through faces, pierce children and take life. I have friends, relatives and loved ones be gunned down. Guns break apart families and ruin lives. Other than giving a coward the heart to stand tall, what’s the positive part of gun ownership? Other than the people in rural areas who use them to hunt for food, I have only seen them destroy, both in the suburbs and in our inner cities.

Gun culture is American culture­­––it’s historic, stitched into the fabric of our country and can’t be assigned to regions or ideologies. Thomas Jefferson’s vice president Aaron Burr murdered Alexander Hamilton, the guy on your $10 bill, over political disagreements. President Andrew Jackson loved guns and was itchy to use them as a tool to settle disputes. And then there is the untimely deaths of our revolutionaries and icons.

Huey Newton was shot to death. Fred Hampton, a guy with enough power to end gang violence in Chicago was shot. Guns killed Lennon, Kennedy–– Medgar and Martin and Malcolm. 2Pac and Biggie, national treasures and pioneers of an original art form created in America both gunned down before their time with Columbine, that movie theater in Colorado, the elementary school in Connecticut, VA Teach, the military center in Chattanooga, Emanuel African Methodist Episcopal Church in Charleston, Umpqua in Oregon and a laundry list of other places as the back drop. The fact is that our country isn’t responsible enough for firearms. They always end up in the wrong hands.

Gun praisers are just like the people who were in favor of slavery back in the day–– the elite, lazy and ignorant who weren’t being beaten, raped or in the field doing the work, so they were perfectly okay with involuntary servitude, which is a problem and why I think gun owners need to feel more––they need a taste of the other side.

So if you love guns, if they make you feel safe, if you hold and cuddle with them at night, then you need to be shot. You need to feel a bullet rip through your flesh, and if you survive and enjoy the feeling­­––then the right to bear arms will be all yours.