White pols still don't get it: What Hillary and Bernie still need to understand about #Blacklivesmatter

A few hopefuls have met with activists, but the fight does not end there — or with mouthing a hashtag 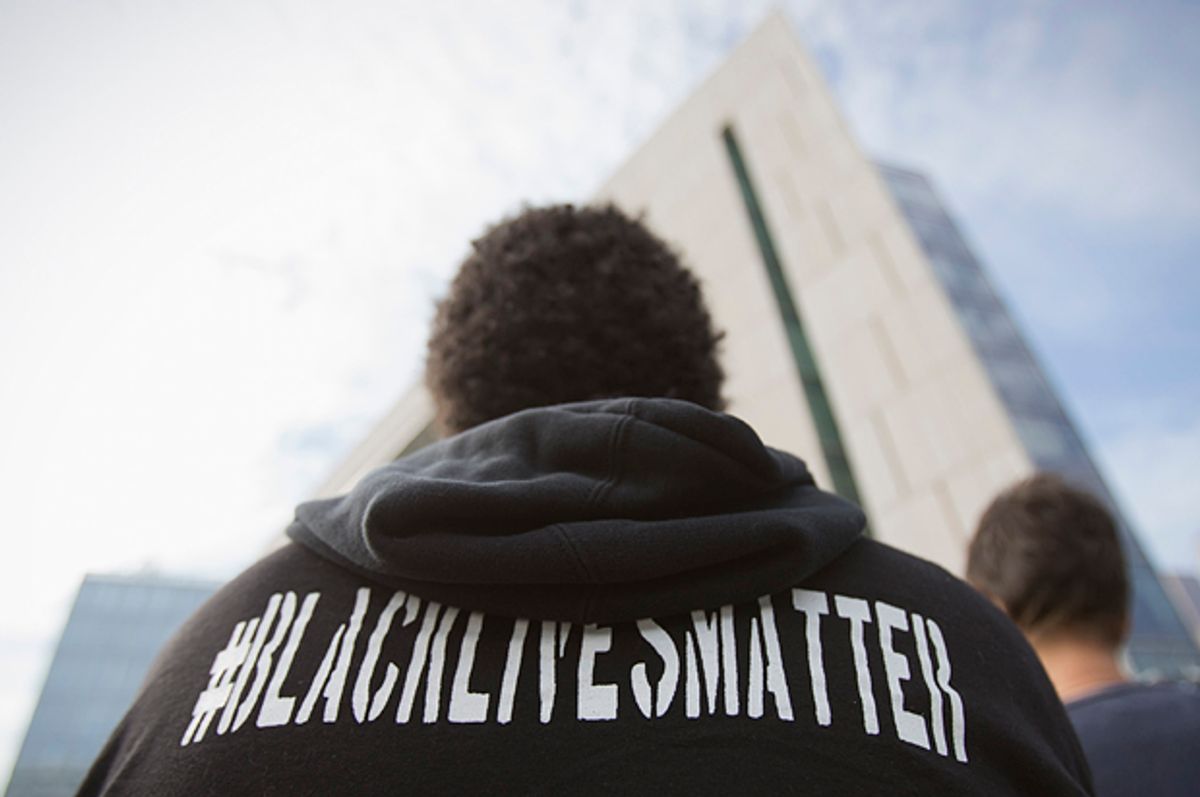 A couple of months ago, Black Lives Matter activists broke a long-standing tradition governing interactions between politicians and communities of color. Traditionally, few organizations advocating on behalf of Black and Brown folks have had female leaders. Usually, charismatic male leaders negotiated on behalf of these communities in closed door, formal settings. While these meetings helped win many legislative victories, they also sparked problems.

Among them was a feeling that Black and Brown communities are only bargaining chips for winning elections and their needs and wants do not have to be taken seriously. Today, activists and voters are letting elected officials know that they want more than promises by demanding presidential hopefuls offer substantive policy proposals that account for the multi-faceted ways marginalized identities intersect.

At Netroots, Black Lives Matter activists inserted themselves into a conversation between Bernie Sanders and Martin O’Malley to publicly question the presidential hopefuls about what they would do to end police brutality. It was a bold departure that passionately declared no more business as usual. This intervention—led by Black women and queer folks—is greatly shifting the way what has typically been considered “Black issues” are perceived and treated by politicians, the media, and society in general.

A few presidential hopefuls have met with activists leading the charge on criminal justice reforms and offered some policy proposals meant to quell the ever-growing epidemic of police brutality and start to reduce this country’s astronomical incarceration rates. But the fight does not end there.

Candidates need to articulate what they mean when they say Black Lives Matter. Does that also include Black trans women? What about Black girls? Does it include Black folks with different abilities who might need special accommodations? And most importantly, how do you create policies that account for the multitude of factors driving racial inequality?

In research and stories on voting rights issues, housing issues, labor issues, and reproductive rights, Black and Brown folks are consistently shown to be impacted at disproportionate rates. And this did not just start happening nor is it an accident. It’s promising that issues like redlining, the gutting of the Voting Rights Act, attacks on workers bargaining rights, state disinvestment in higher education, and the proliferation of broken windows policing are being discussed in public forums with attention to how these things perpetuate racial disparities. The next step is for politicians to offer comprehensive policies to address these problems.

In the next debate, candidates should demonstrate that they understand the significant overlap between these issues. We are hoping for candidates to incorporate this understanding into comprehensive policy proposals that allow Black and Brown communities a fair chance in the labor market, equal voice in our democracy, access to neighborhoods that are not engulfed in pollution, protection from predatory loans, the ability to graduate college debt free, and, most importantly, transform conditions that lead to tragedies like Sandra Bland’s death and the nine church members murdered at Emmanuel AME Church. It would also be interesting to hear from candidates how they intend to continue to work with this new vanguard of Black and Brown activists, who are relying on often overlooked methods of community engagement and organizing like participatory democracy; decentralized leadership  focused on building power and leadership amongst all of the organization’s members.

As Black Lives Matter co-founder Patrisse Cullors put it, now is the time for an agenda centered on the worth of Black Lives since for so long, policies in this country have been developed with the opposite goal. Change will not occur just by politicians saying Black Lives Matter; we need them to present policies and take action also. And hopefully that will be echoed in the next debate.