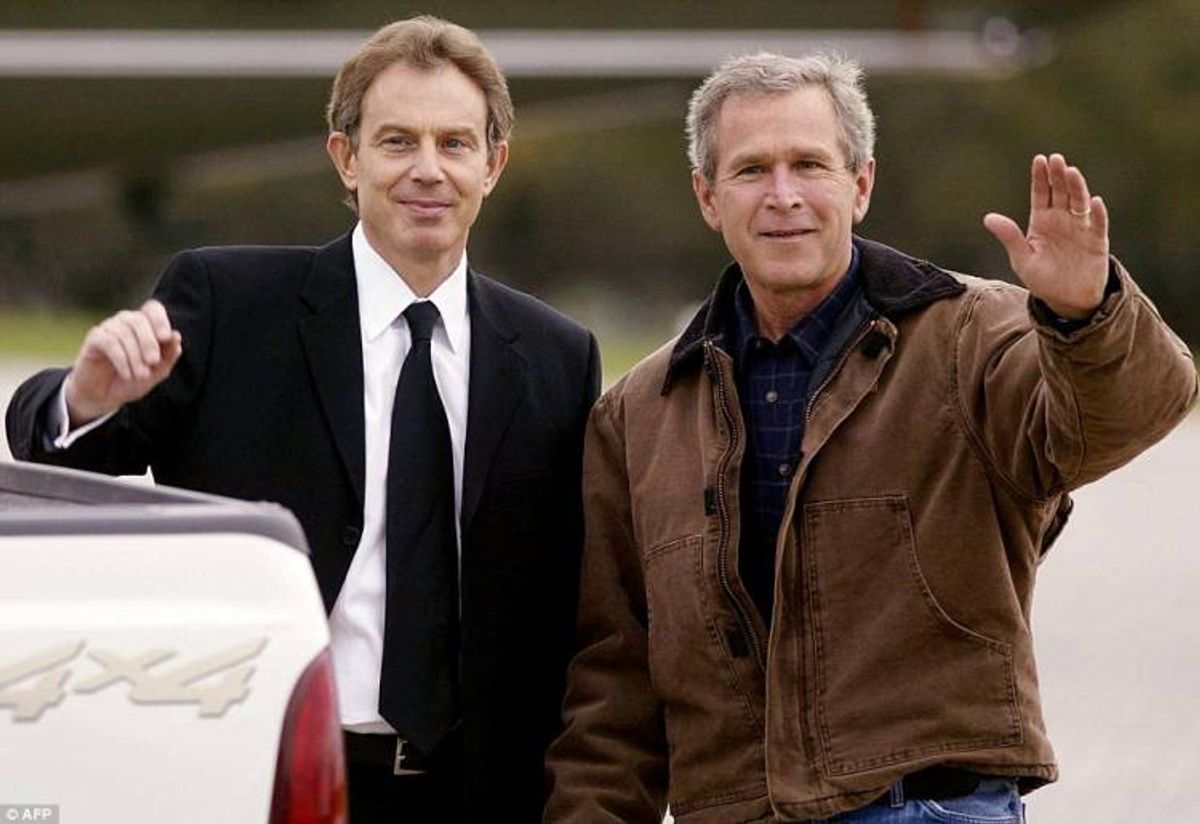 The most risky aspect of Republicans' dogged push to mire Hillary Clinton in scandal over her use of personal email while at the State Department is that the quest would eventually reveal information that may not be flattering to Republicans or past administrations. That seems to be the case with the latest batch of released Clinton emails that reportedly included a memo from Colin Powell to then-president George W. Bush confirming that former British prime minister Tony Blair would support the U.S. invasion of a Iraq a full year before the British parliament voted to join the operation.

The Daily Mail recently obtained a newly leaked memo from Powell to Bush from Clinton's treasure trove of previously private emails, written a full week ahead of the two leaders' 2002 meeting at Bush's Crawford, Texas ranch, laying to rest any doubt that there was a concerted global effort to push for the invasion of Iraq following the attacks of 9/11.

"Blair will be with us should military operations be necessary," Powell confidently wrote to Bush in March 2002, adding that Blair was even willing to “present to you the strategic, tactical and public affairs lines that he believes will strengthen global support for our common cause."

On April 5, 2002, Blair traveled to Bush's ranch for a two day summit on Iraq. “This is a matter for considering all the options. We’re not proposing military action at this point in time,” Blair told the public at the time.

But the former British ambassador to the US would later go on to testify that the agreement to invade Iraq was already set in stone by that point. “The two men were alone in the ranch, so I’m not entirely clear to this day what degree of convergence was signed in blood, if you like, at the Crawford ranch,” Christopher Meyer told the Chilcot Inquiry in 2009, Britain’s public inquiry into the Iraq war.

“This story is nothing new. The memo is consistent with what Mr. Blair was saying publicly at the time and with Mr. Blair’s evidence to the Chilcot Inquiry,” a spokesperson for Blair said in response to the leaked memo, downplaying the significance of the revelation.

But as the BBC notes, Blair "told the Chilcot Inquiry into the war in 2010 he had been 'open' about what he had told Bush in private, that 'we are going to be with you in confronting and dealing with this threat.'"

Now, as the two biggest names in the Republican race for the White House bicker about George W. Bush's role in the 9/11 attacks and right-wing voices clamor for more Clinton emails to be released, the Republicans find themselves in a mess of their own making.