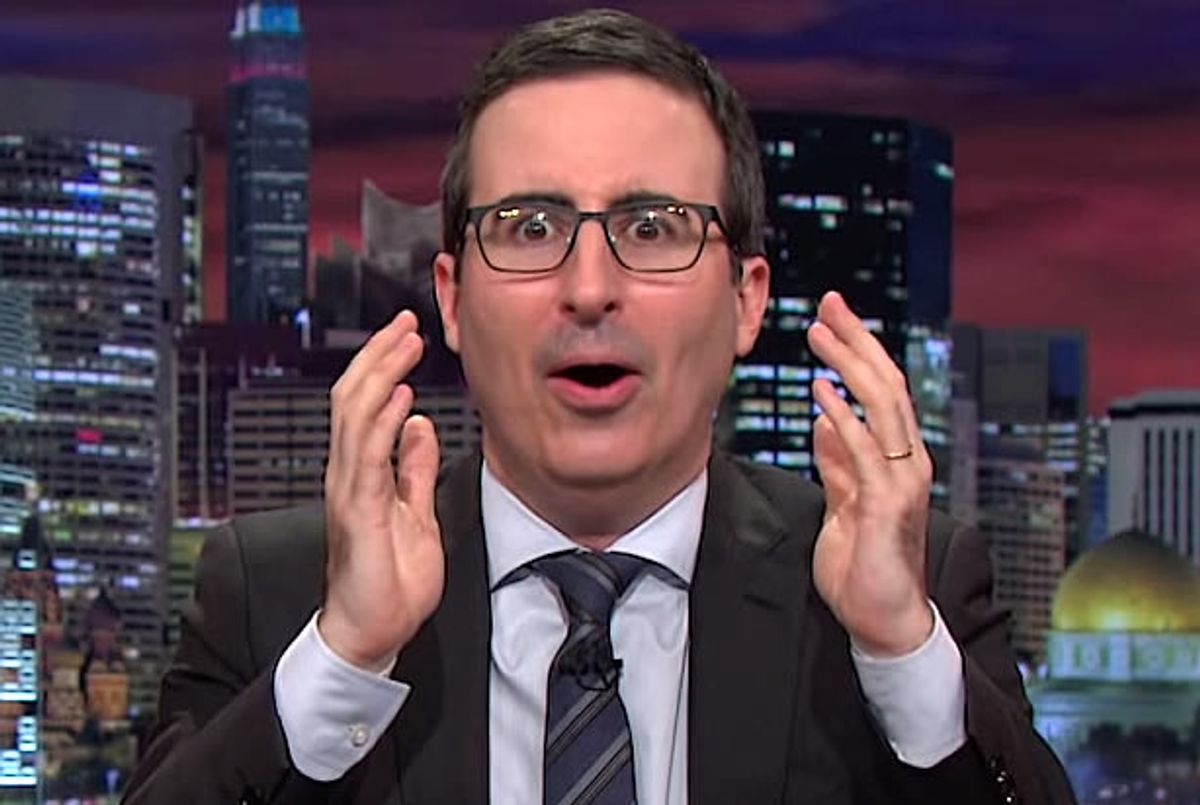 John Oliver’s Stephen Harper takedown was probably our favorite segment of “Last Week Tonight," but Oliver also had a notable bit on politicians who use fake Founding Fathers quotes. While Ben Carson erroneously quoting Thomas Jefferson on gun control after the Umpqua shooting may have been the most egregious example, Oliver also has examples of Clinton, Obama and Reagan falling prey to the same error.

“That is the problem with memes. If you have the right font and the right photo, any quote can seem real,” Oliver riffed. “And I’ll tell you how I know that. Because for years now you may have seen multiple photos of me comparing gun control to airport security. It’s an interesting thought. Here’s the thing: I never said that! Even though, I’ve now seen it so many times now I’m starting to genuinely wonder if I ever did.”

Watch the segment below, and then check out Oliver’s new website, definitelyrealquotes.com, which allows you to randomly generate your own bit of false historical wisdom. Historical revisionism has never been so much fun!