A shocking HBO rape turns the tables on a notorious approach to female nudity, assault 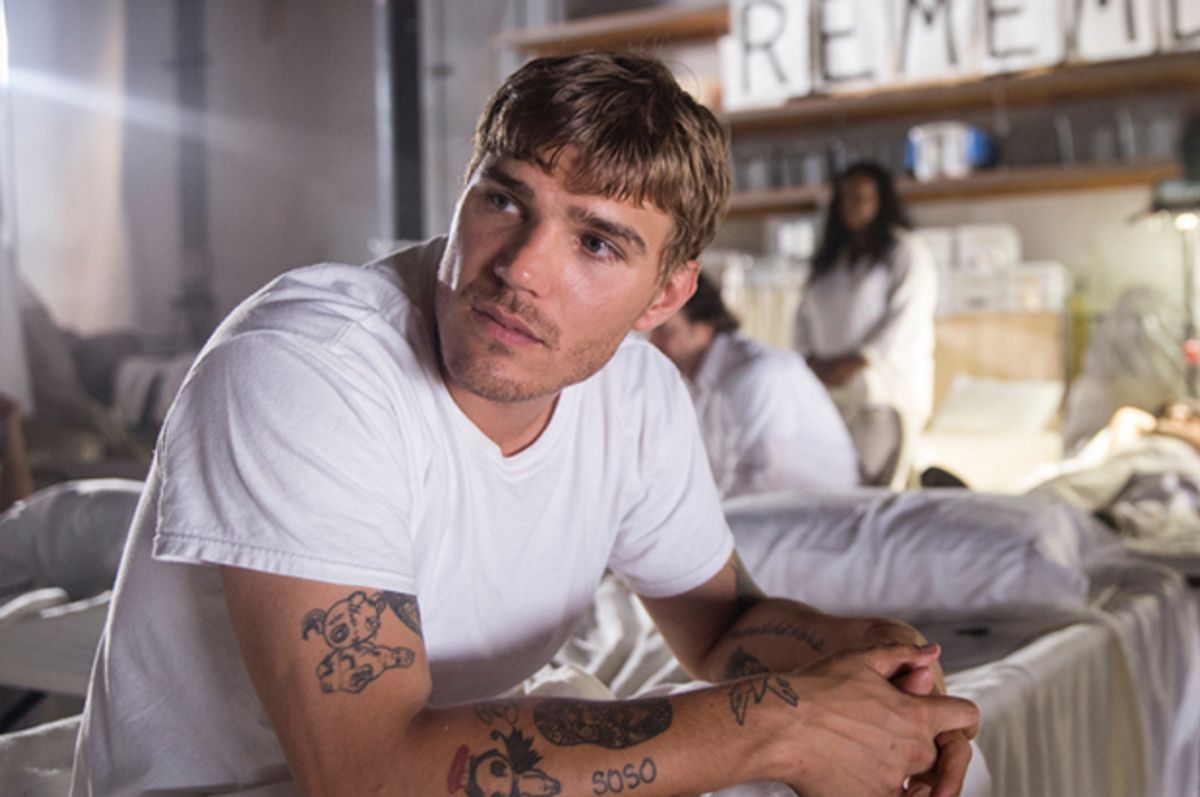 “The Leftovers” is not an easy show. From its inception, it’s been a tough nut to crack—a story with a science-fiction premise that refuses to engage with the unexplained, because it is focused, instead, on endless sorrow. Showrunner Damon Lindelof told Alan Sepinwall in this excellent, lengthy interview that he was “really depressed” while writing season one, and it shows — “The Leftovers” is more about emotional devastation than anything else.

So if anything, it’s surprising that it’s taken them this long to portray rape.

In a lot of television — which has months and years to tell characters’ stories, unlike most films — sexual assault is either a catalyst of or signifier of emotional devastation. I would hazard that it is used more in this way than other awful traumas, such as the death of a loved one or physical wound, partly because the evidence of the assault is minimal, at best, to the outside world, and partly because closure, even in the most ideal world, is very hard to find. Not coincidentally, there is another trauma that shares those two characteristics, and it is loved ones who go missing. “The Leftovers” is a world built around a mysterious disappearance that snatched away about two percent of the planet’s population in one fell swoop. Even those people that did not lose anyone in particular are shaken to the core by the undermined foundations of their universe. This has led our main characters to do some very strange things out of immeasurable grief, fear, anger, and frustration: One woman stabbed herself in the neck with a shard of glass; another pays prostitutes to shoot her, while she’s wearing a bulletproof vest.

In last night’s episode, “Off Ramp,” it leads one character to rape another, in the back of a truck. Not coincidentally, again, these are two characters that have evidenced some of the most trauma, and have not moved any closer to healing, acceptance, or moving on. The rapist is Meg (Liv Tyler), who has become a leader of the Guilty Remnant, a rather dour cult that militantly forces people to remember the losses of the “departure”; the victim is Tommy Garvey (Chris Zylka), who has spent the last five or six years desperately searching for meaning all across the country, and failing to find it. His latest act has been to infiltrate the Guilty Remnant and spring out disillusioned members. When he’s inevitably caught, the cult members tie him up and drive him out to a deserted bit of highway—the titular off-ramp, perhaps—where they meet Meg, waiting in her car.

Like everyone in the Guilty Remnant, Meg is wearing all white—but on her, out on the highway, where full sun is beating down on them, the white clothes look less like mourning attire and more like the lacy trappings of a hippie angel. Tyler, who plays Meg, did once literally play an elven queen; the look suits her. And because she is wearing a full-length sundress, there is a bit of a bridal quality to it, too. She sends the other attendants away, and without speaking to them or to Tommy, strips him of his pants and straddles him. He’s still bound at the wrists, and keeps trying to protest. She maintains eye contact, because she knows exactly what she’s doing. Meg then proceeds to douse him in gasoline and wave a lit lighter very close to his body, before snapping it shut to offer him a weird, sad reprieve.

“The Leftovers” has made headlines about depicting a penis before—though last season, it was just through a pair of sweatpants. Justin Theroux, the lead of the show, is obviously a very handsome man, but the real draw here is a gaze that caters erotically to viewers who find men attractive, instead of viewers who find women attractive. (It’s a more complicated category than just “women,” but Lili Loofbourow’s words on the topic is, as always, instructive.) Some of that could lay at the feet of two of television’s most talented directors, who both happen to be female: Mimi Leder and Lesli Linka Glatter, who are both producers on the show (and Leder was just bumped to executive producer for this season). Whatever male gaze is inherently in the camera is being at least a little disrupted.

But I think the roots of this are deeper. There are times where the use of rape to tell a character’s story strikes profoundly, and there are times where it comes off as a lazy plot device. With “The Leftovers,” because the show is saturated with a state of mind what Lindelof terms “emotional apocalypse,” sexual assault takes on different meaning. Or rather, it takes on, no meaning—“The Leftovers”’ characters confront meaninglessness in its endless loops and eddies. The pain and humiliation of rape is just another facet of the same dark landscape.

The opening scene of this season features a cavewoman, for lack of a better term, struggling to keep herself and her baby survive. She is wholly unconnected to the plot of “The Leftovers” thus far—you’d be forgiven for worrying that you’d pushed play on the wrong title and somehow ended up in a nameless Terrence Malick film. And over the course of her 10-minute screen life, many bad things happen to her; crucially, she also has to do a lot of rather gruesome things. She steals eggs from a nest and beats a rattlesnake to death; when the bite from the rattlesnake festers, she dies out on a rock by the river, with her infant squirming next to her. She is naked, save for a loincloth, for the entire segment, and yet it is steadfastly unerotic; her body is a burden as much as it is a tool for life, one that is highly capable and also highly fragile. Later on in the pilot, a character dreams or has a vision of three girls running naked through the woods by the river, in the present day. All three girls, by the end of the episode, will have disappeared for different reasons. Their bodies are emphasized for their mutability, or even their disposability.

Indeed: It’s quite rare for “The Leftovers” to offer up a sex scene, or to otherwise show humans enjoying being physical sacks of flesh. Instead the show is interested in the weaknesses of the body—including a range of disability, from Erika Murphy (Regina King, new this season)’s deafness to Mary Jamison (Janel Moloney)’s wheelchair-bound catatonia. The show is not offering up nudity with a mind to eroticize it, or to simply eroticize it; “The Leftovers” is horrified by bodies, and struggles to understand their role in the world. So Tommy is shamed and humiliated, through the exposure of what would otherwise be his sexual power; so too is the way television typically depicts rape subtly indicted.

I was extremely frustrated with season one of “The Leftovers” at various points; it’s a show that demands a lot from the viewer, without clear rewards. Season two isn’t a more upbeat show, but it’s one that is moving out of the stasis of depression towards a more dynamic engagement with why it’s so sad all the time. Tommy, who can’t communicate his rape to his mother—who once mentored Meg—ends the episode by committing to a lie he might half-believe, a lie that might save other people’s lives. It’s a sad form of closure, but it’s difficult to deny Tommy whatever closure he can get.