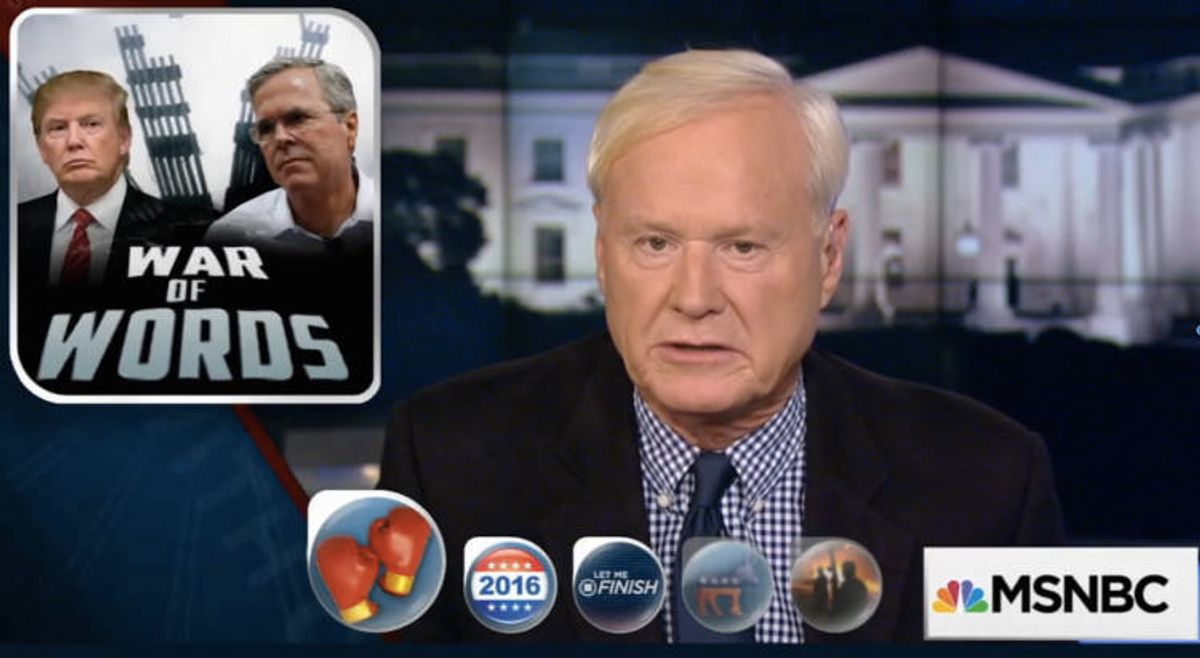 Chris Matthews opened Monday night's edition of "Hardball" remarking on what he called the most striking development of the 2016 campaign thus far: "It took a political newcomer, Donald Trump, to say something we already knew but nobody had said before, that President George W. Bush did not keep us safe in the eight years he was president of the United States."

Matthews, noting the ongoing "war of words" between establishment favorite Jeb Bush and the dominating political neophyte over the national security legacy of George W. Bush, applauded Trump for bringing his brashness to this latest fight, something Matthews charged, "the Democrats never had the stones" to do.

“I'm not a big fan of Donald Trump on many occasions," Matthews said before arguing that Trump had "awakened us all" to the fact that Jeb is dishonest when he praises his big brother for "keeping us safe."

"He didn't keep us safe or the people on those planes, those four planes, safe that day," Matthews charged. "He didn't keep those safe, those men and women forced to choose between jumping from 100-story roof and being killed by the smoke and the fire. And he didn't keep safe the hundreds of firefighters killed that day doing their courageous duty."

Matthews then took umbrage with Republicans' gall to hold Hillary Clinton personally responsible for the deaths of four Americans in "in a remote building in war-torn North Africa, miles, 400 miles from the capital of that country," while ignoring "a concerted, highly coordinated attack using our commercial airliners and our training," in order to give George W. Bush a pass.

"Again, I want to thank Trump, and Jeb, of course, for finally getting this one out in the open, by throwing out the red meat. By saying, 'he kept us safe," Jeb let us know what we knew already, that actually, W. didn't keep us safe, did he?"