Please feed the Star Wars trolls: White supremacists need to be noticed to keep their ideas on the fringe

Yes, trolls want attention. But when you ignore hate, whether on Fox News or Twitter, it does not go away 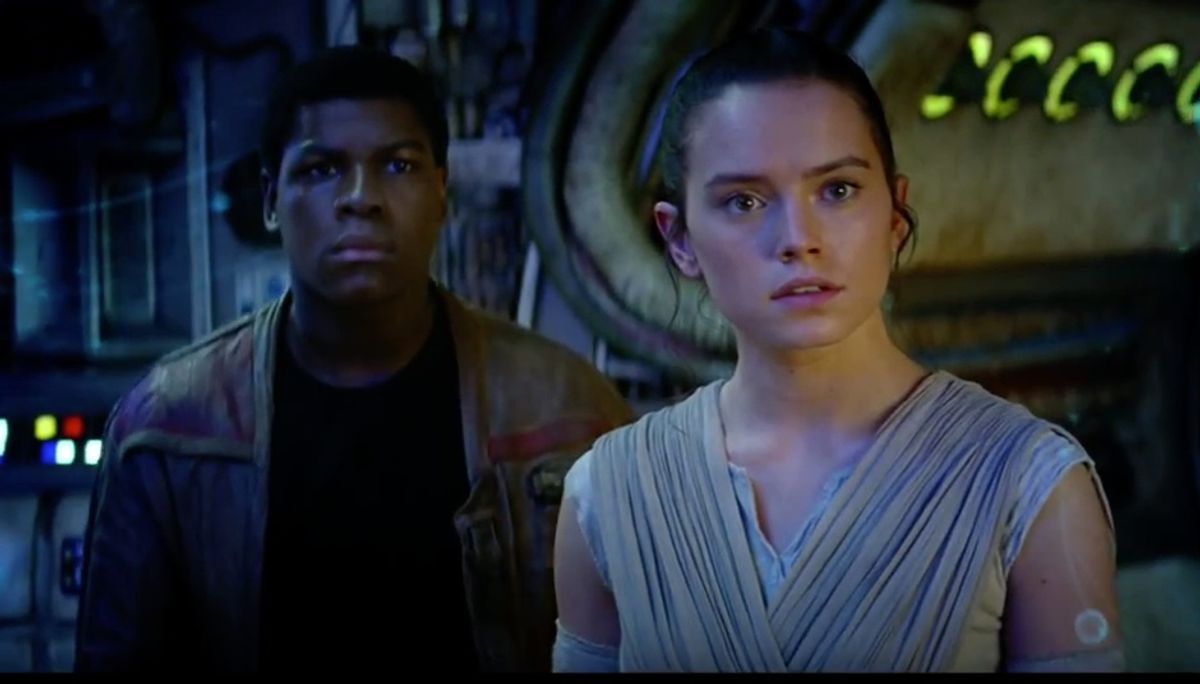 Does ignoring racism make it go away? That's the underlying premise of Genevieve Koski's new piece at Vox tut-tutting liberals for giving the #BoycottStarWarsVII hashtag on Twitter attention. The hashtag appears to have been started by two white supremacists who are latching onto whatever news item is trending that day---in this case, the new Star Wars trailer---and using it to push their ludicrous notion that white people are being subject to a "genocide" because the movie has people of color as stars in it. The hashtag immediately become overwhelmed by outraged liberals enjoying their moral superiority over these douchebags and Koski is disgusted by the whole thing, arguing that by giving it this attention, liberals "amplify a niche message and create controversy out of whole cloth."

She argues that since attention is what the trolls want, the No. 1 priority of liberals should be depriving them of that attention. "Twitter trends are just another source of sustenance for trolls and hate groups," she argues. "All #BoycottStarWarsVII has truly accomplished is giving them a nice, hearty meal."

It's a tempting argument. Many of us feel powerless and angry in the face of hate, and so telling people that we can, almost by magic, make it go away by simply pretending it doesn't exist is an enticing idea. In this case, the argument is juiced by the fact that the people who started this are a couple of clowns who are afraid to show their own faces in public and who do clearly get off on the attention.

Still, what Koski's argument fails to take into account is how fringe reactionary ideas like this, if they aren't checked by liberals, have a tendency to start leaking into mainstream conservative circles. Indeed, a lot of what places like Fox News exist to do is clean up fringe ideas, repackage them in more palatable forms, and feed them to an audience that is most definitely not on the fringe. The only way liberals can interrupt that process is by aggressively tying these kinds of ideas to the fringe racist circles where they began, or otherwise they run a very strong risk of being subjected to this mainstreaming process.

It's honestly not hard to see how this could happen when it comes to the Star Wars trailer. No one on Fox News is going to accuse J.J. Abrams of being a Jewish leader of white genocide, but it's not that hard to imagine there being a hand-wringing segment about whether or not "political correctness" is running amok when the leads of the movie are a black guy and a white woman instead of Han Solo and Luke Skywalker.

In fact, we just saw a similar thing happen with Captain America, as I wrote about earlier. The latest iteration of the character is a black man who fights white supremacists and sure enough, mainstream conservative media is running the P.C.-run-amok scare campaigns about it. The same couple of yahoos behind #BoycottStarWarsVII also spearheaded a Twitter hashtag celebrating Columbus Day because it kicked off a genocide against Native Americans. The cleaned-up Fox News version of that same talking point doesn't celebrate genocide openly, instead relying on calls to tradition, but it's just different flavors of the same argument.

In fact, Donald Trump's entire candidacy suggests that containing fringe ideas to the fringe takes more than liberals resisting the urge to feed trolls. A lot of Trump's statements about immigrants are exactly the sort of thing that, if some Twitter troll said it, you'd hope could be killed off by ignoring it to death. It turns out, however, that his message is resonating with millions of Americans. The blunt fact of the matter is that white supremacist ideas often don't need much cleaning up to go mainstream.

Koski obviously wants to keep the fringe ideas from going mainstream. But ignoring the fringe is not the best way to do that. A better way is to call out fringe ideas and stigmatize them thoroughly before they're cleaned up and worked into a more palatable form for the Fox News audience. That way, there's a chance that the ideas get so strongly associated with overt racism than mainstream conservatism decides to take a pass.

There's strong reason to believe that, before liberals got to it and made a fuss, there were already efforts to get this white supremacist talking point into mainstream conservative media. Chuck Johnson, who is pretty good at getting fringe ideas into mainstream discourse (he was able to get radical anti-choice talking points about Kevin McCarthy into the mainstream news), was already at work sculpting this white supremacist Star Wars hysteria into a story that could be picked up by conservative media organizations. All it really needed, as Johnson realized, was to be reworked so it was less "white pride" and more "P.C. police ruin everything with their mandatory diversity programs". The only way to see the line between hysteria over "political correctness" and more overtly racist rhetoric is to be willing to see it.