Adele is back, baby: "If I had to label this one I'd call it a make-up record" 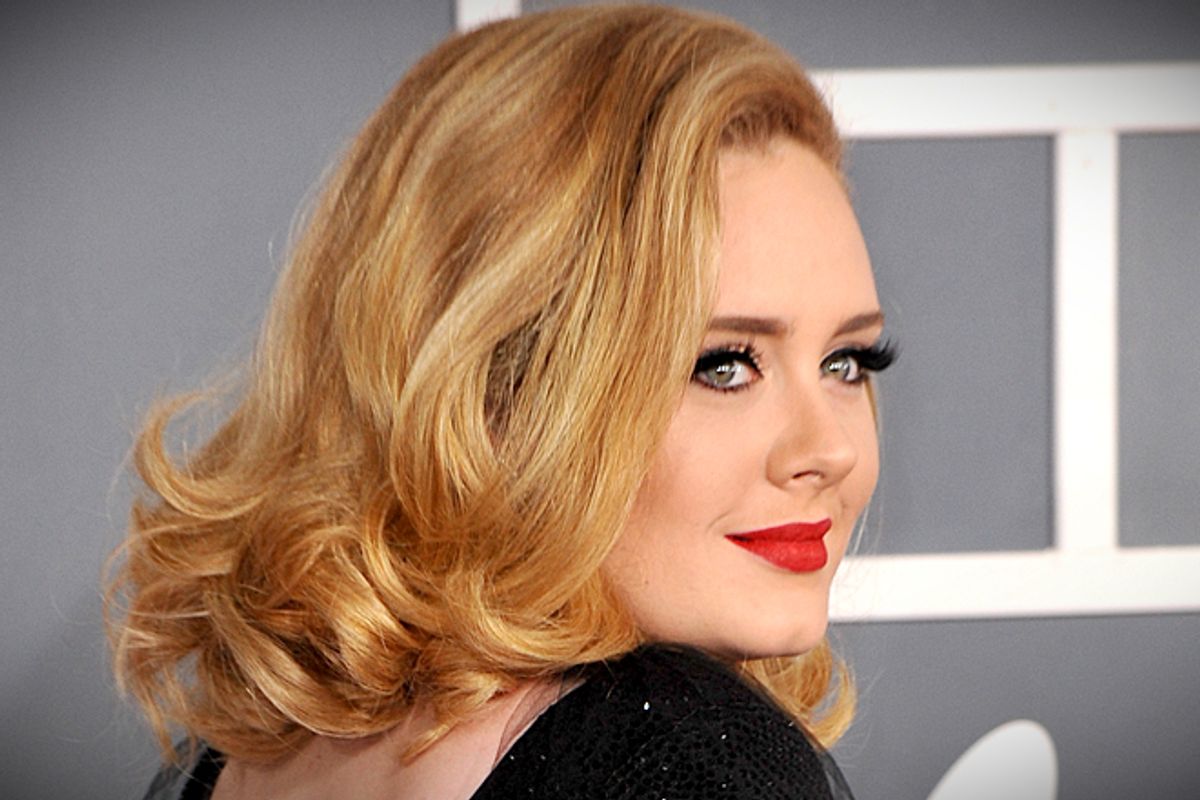 After an almost five-year hiatus — apart from when she briefly popped out of hibernation to win an Oscar for the “Skyfall” theme — angel-voiced British pop singer Adele is finally releasing a new album.

Titled in the vein of her debut album “19” and her followup smash hit “21,” the new album will be titled “25,” and will focus on Adele’s newfound maturity and coming of age. Along with apologizing that the album took so long, Adele explains that the new album will be a “make-up” record instead of a break-up one.

"My last record was a break-up record and if I had to label this one I would call it a make-up record,” she writes. "I’m making up with myself. Making up for lost time. Making up with everything I ever did and never did."

While the date of the new album remains uncertain, all clues suggest it will be soon, like this teaser that appeared on a British broadcast of "The X-Factor" this weekend:

Does this mean that the Year of All Taylor Swift Everything is finally, mercifully, coming to an end? Fingers crossed.