Good riddance, Jim Webb: He was running to lead a Democratic Party that doesn't -- and shouldn't -- exist anymore

The ex-senator says he may run as an independent. That's fine, because his running as a Democrat never made sense 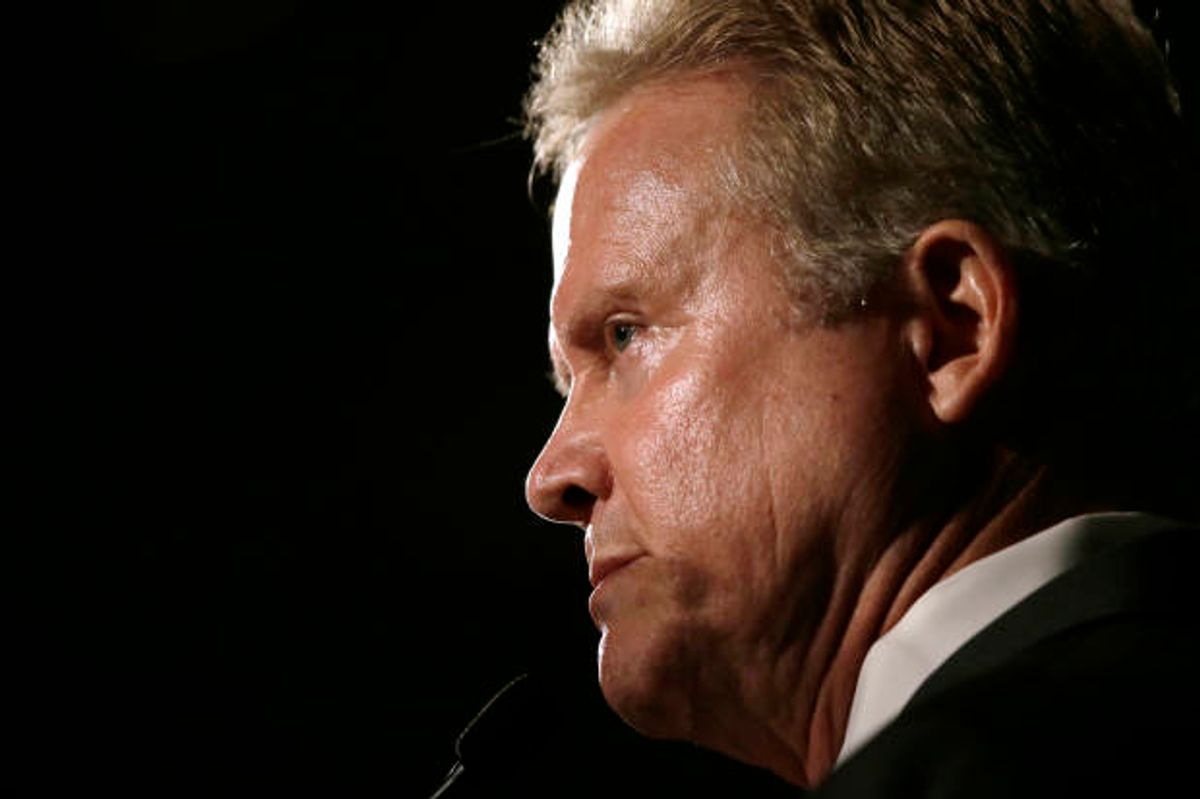 With his skepticism of “government-directed diversity programs,” his soft spot for the Confederate battle flag, and his previous opposition to comprehensive immigration reform, Jim Webb has always felt like something of an anachronism.

So perhaps it’s only fitting that Webb is dropping out of the Democratic primary, maybe in order to run instead as an independent, as he told the press on Tuesday. After all, to someone trying to reassemble Ross Perot’s coalition, there’s a kind of poetic symmetry to a third-party run. If you’re playing the game, you might as well go all in.

However, and at the risk of being a wet blanket, I feel compelled to remind everyone that, even at its peak, the Ross Perot coalition, that mix of blue-collar whites, culled from both of the major parties, did not work. Sure, Perot in ‘92 did better than any third-party candidate since at least George Wallace in ’68. But he still lost. By a lot.

In fairness, Webb may understand that his chances of winning — be he a Democrat, Republican or independent — are extremely slim. From the start, his 2016 operation has been the campaign equivalent of a Potemkin village; according to CNN, he’s spent a mere 20 days on the trail in Iowa. New Hampshirites, meanwhile, can count the number of Webb visits on a single hand.

And it’s not like he’s been focusing more on media outreach, either. From what I can tell, he’s paid for a grand total of zero campaign ads. Unlike Vice President Joe Biden, who opted out of the race Wednesday after publicly flirting with a run, Webb hasn’t been raising his profile with appearances on the talk show circuit. Besides falling for a rather obvious piece of satire, his mark on Twitter has been nonexistent.

Which isn’t to say a more robust media strategy for Webb 2016 would be money well-spent. Webb’s candidacy has always been fatally flawed. As FiveThirtyEight’s Harry Enten wrote this summer, “You simply cannot win a Democratic nomination by relying on only moderate and conservative white Democrats.” And though Webb’s work in the Senate on criminal justice reform is admirable, it’s not enough to close that racial gap.

Webb wears his idiosyncrasy with pride. When he announced he was dropping out of the Democratic primary, he claimed “Some people say I am a Republican who became a Democrat, but that I often sound like a Republican in a room full of Democrats or a Democrat in a room full of Republicans. Actually, I take that as a compliment.” Ironically, Webb’s romantic vision of the maverick is one of his more universal traits.

But is that really something to be proud of? There’s nothing wrong with having a unique set of beliefs. But is being so inflexible, so unwilling to make a compromise for the sake of building a coalition in this huge and diverse country — is that really admirable? Americans love their fearless iconoclasts, yes. But team-building is in the very nature of democratic politics. Rejecting it is no small thing.

Of course, because Jim Webb will almost certainly never be president, none of this really matters. But keep it in mind the next time you hear some self-styled centrist pundit waxing romantic about Webb and how his campaign’s failure is everything wrong with American politics. There’s plenty of reasons to worry about democracy today; the end of Jim Webb’s political career isn’t even at the bottom of the list.