The GOP wants Hillary Clinton to look weak, but if she holds up under questioning, just watch it backfire 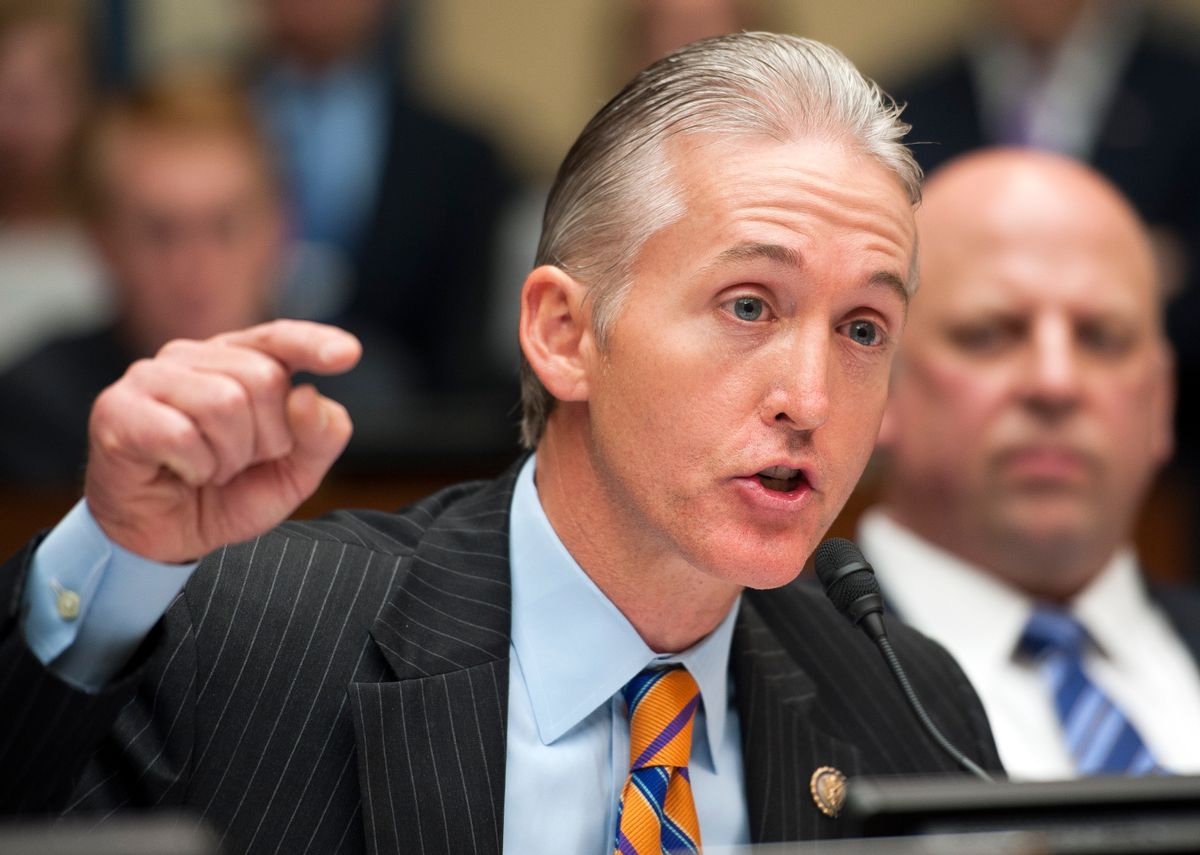 Even though the tide is turning on the Benghazi hearings, as all plausible deniability that this was about anything but political grand-standing is being stripped away, Hillary Clinton is still expected to come in to testify for the dog-and-pony show this week. The spectacle is likely to be a repeat of last month's bizarre pseudo-hearing-cum-witch-hunt of Planned Parenthood CEO Cecile Richards: A bunch of Republicans, making baseless accusations and insinuating conspiracy theories, for the purpose of riling up the conservative base while simultaneously impressing the rest of the country with how loony the GOP has become.

And, like the Planned Parenthood hearings, the grilling of Clinton will be an opportunity for Republicans to engage is crass sexism while pretending that they're somehow being high and mighty.

The gendered politics of the Benghazi non-scandal tend to be discussed in abstract terms. "The cultural frame that the Republican party has so successfully managed to build up since the days of Ronald Reagan is one in which Democrats are weak—kneed appeasers and semi-pacifists," Paul Campos writes for Salon, "while the GOP is the party of strong, war-like Daddy figures, who know how to deal with foreign threats with unsentimental ruthlessness." The unspoken subtext of this is that Democrats are womanly and Republicans are manly.

However, this aspect won't stay subtextual for long during the Clinton interrogation. The Cecile Richards hearing reminded us of how male Republicans act when given a shot at a woman who they find threatening and powerful. It was all condescending lectures disguised as questions, interrupting Richards whenever she tried to actually speak, and showing off how much they respect the intelligence and strength of women, which is to say not even in the slightest. If they can't contain themselves around Richards, there's no chance of Republicans demonstrating any self-control around Hillary Clinton. The urge to bury her under a mountain of mansplaining is sure to rule the day.

Just as with the Planned Parenthood hearings, the official conservative narrative is that gender has nothing to do with the issue, but the reality is that gender has everything to do with it. Despite the claims to be concerned about fetal life and utterly unsubstantiated accusations of corruption, the war on Planned Parenthood is all about anxieties over women's changing roles and the way that reproductive health care access aids that.

The Benghazi hearings will about trying to send the message that Hillary Clinton is weak and "soft" on terrorism. But this message cannot help but feed off sexist beliefs about women being weak and incapable of handling big, supposedly manly jobs like being the President.

Clinton's time in the hot seat hasn't even started yet and already Rush Limbaugh is working the women-are-weak angle as hard as he can.

So the Republicans will praise [Hillary Clinton] for her cervix-- Democrats will praise her for her cervix, and Republicans will ask innocuous questions in order to not be blamed for beating up on her. See, that's the main reason Republicans don't do anything. It's because they don't want the Democrats and the media accusing them of hitting the girl. I don't care how much feminism advances, not a thing is going to change in that regard. You're never gonna be able to, figuratively, hit the girl. In other words, the girl is never going to be able to be treated just like a guy. You can hit the guy. You can hit the guy. You can say, "you know, that guy hasn't paid his taxes in ten years. And that guy, when he was president of the company, and an employee's wife died, that guy didn't care. That guy, he put his dog on the roof of the family station wagon for a vaca--." Can't say that about Hillary. Can't say that about the girl. The Republicans, even if we had advanced to this mythical place of total equality, the Republicans still wouldn't go after Hillary for fear-- out of fear of what the Democrats on the committee will say about them and what the media will say. They'll be afraid of igniting the war on women meme. They will be afraid of angering the independents.

The rant was a great reminder of why Limbaugh continues to be the voice for the conservative id, and not just because he managed to imply women are somehow wrong for having different body parts than men. This talking point manages both to imply that women are too weak to handle what men supposedly deal with easily, but it also provides cover for the sexist condescension that will define the Republican approach to questioning Clinton.

A similar talking point was trotted out during the Planned Parenthood hearings, when Rep. John Duncan asked Richards, "Surely you don't expect us to be easier on you because you're a woman?"  But while Duncan wanted audiences to believe a man would get the same treatment, it was quite obvious to anyone watching who wasn't an anti-choice fanatic that this was not the case at all. Richards was getting a level of hostility from these easily threatened men that another man would not get. The fact that she held up under that ended up making her look stronger, particularly in comparison to these men who are so easily frightened at the idea of women making choices for themselves.

There's a lesson in this, though Republicans will likely not see it in time. They clearly hope to make Clinton look weak and timid and to play off all sorts of ugly sexist stereotypes to undermine her campaign. But they may, in fact, just be giving her a chance to show off how strong she can be when she's being bombarded by a bunch of condescending men who clearly have issues with powerful women. By the end of it, the narratives about who is weak and who is strong may end up completely inverted from the story they set out to tell.