"Chafee just got told he looks silly by a man whose face looks like the rim of a margarita glass," Noah said. 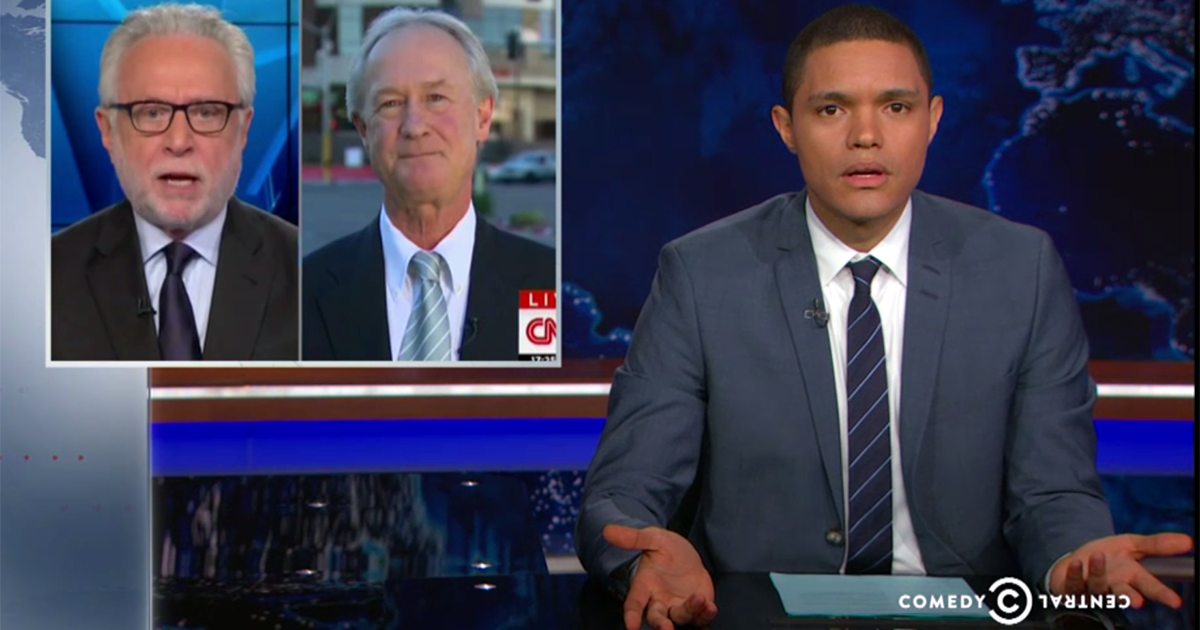 When it comes to politics there are a lot of attacks that come at candidates. Most, however, come from opponents. You don't generally get attacked by the media unless unprovoked. But that's exactly what happened in an interview between CNN's Wolf Blitzer and democratic presidential candidate Lincoln Chafee.

In Tuesday's Daily Show, spliced clips of famous girl films like "Pretty in Pink," "Mean Girls," "The Brady Bunch," even "The Lord of The Rings" because Gollum can be such a dick. All to illustrate how Blitzer has some serious issues locating his civility during National Anti-Bullying Month.

"Wolf, what is your problem?" Noah asked. "In an age where campaign spending is out of control and elections are decided by billionaires, you're on Lincoln Chafee for not having enough money? Oh, while you're at it why not go after the one drug-free cyclists who's in the Tour de France race!"