There's really no defense of Jar Jar Binks, is there? 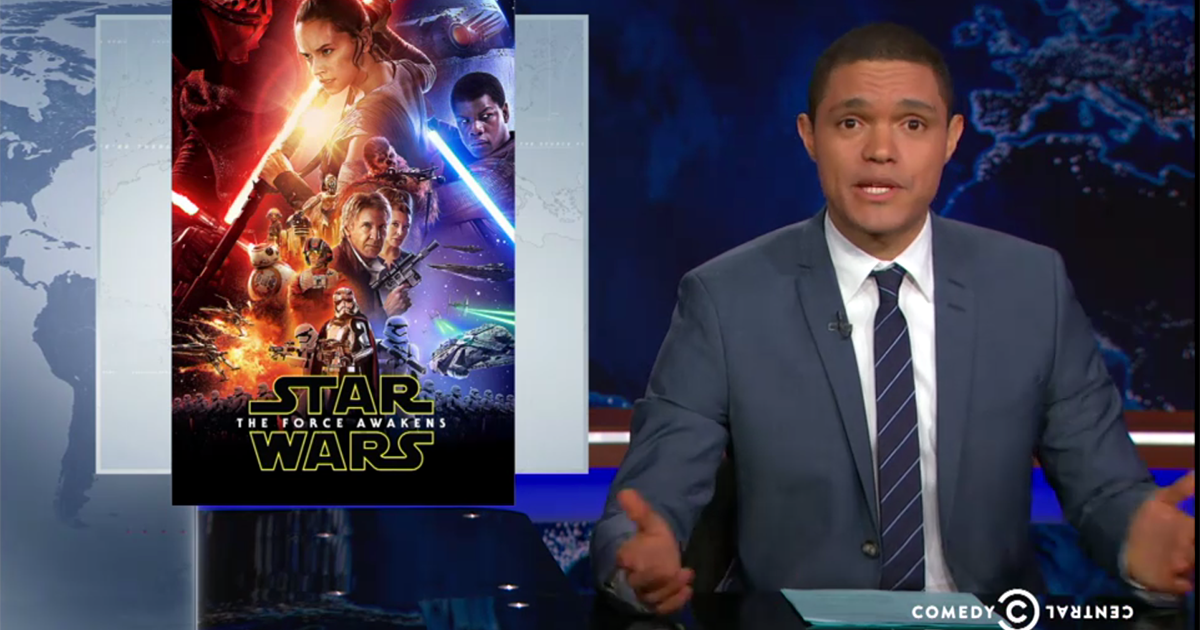 Racist assholes are out to destroy Star Wars: The Force Awakens. While the release of the trailer and tickets being available online caused the entire internet to crash, another deep evil was brewing online. White Supremacists who think that somehow Star Wars is trying to kill off white people just because there's a black storm trooper.

The trolls pissed off so many nerds that the hashtag began to trend simply because everyone had to call them out for being both assholes and their "white genocide" is incredibly inconsistent with the reality of the intergalactic battles over the years. I mean, hello, James Earl Jones! If they want to talk actual genocide The Empire blew up an entire planet! And host Trevor Noah went ahead and reminded fans of the Jar Jar Binks controversy: "Stop complaining, racists — you had your 'Star Wars' movie already!"

Thankfully, nerd correspondent Jordan Klepper was on the case to bring his Yoda-like wisdom to this issue. Noah asked Klepper about the possibility of having a black Stormtrooper because so many people are saying it's unacceptable. Klepper, in his infinite Star Wars wisdom, set the record straight: "That's ridiculous. They were cloned originally, so while it might not initially make sense after the Battle of Kamino, the Emperor began recruiting a variety of ethnic templates. So, it's totally fine..." Noah asked Klepper if it was fine ethically, "How is that even a question?" Klepper responded. "I mean, science fiction is powerful because it envisions a future for all of us. It's an allegory for the people we could become. One that encompasses a multitude of voices and perspectives... Just as long as they don't make any superhero movies starring chicks."

Jordan reminds fans of what really matters, "First off they're throwing out the expanded Universe novels, so... what? Tales from the Bounty Hunters doesn't count anymore? And then they changed the X-Wings, which, why? They were sweet as hell! And where is Boba Fett? Don't tell me he died in the Sarlacc, because that's just bullshit!" Finally, some perspective.

Check out the true fan perspective below: