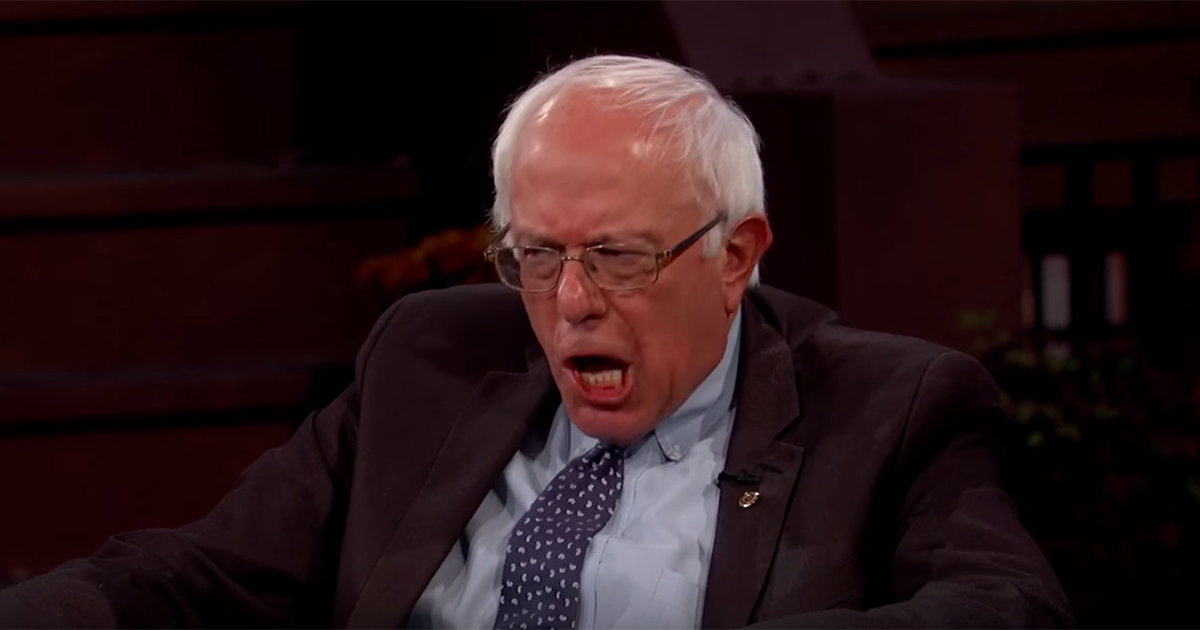 Wednesday's "Jimmy Kimmel Live" spent some time with Bernie Sanders to both talk about campaign policies and to discuss the pop-culture phenomena that is developing around Sanders impressions.

Sanders said that in many polls if you do head to head match-ups of Sanders against candidates like Donald Trump he actually does better than Clinton. He said that the trend in voting is when the GOP wins it is generally an election where voter turnout is extremely low. "People get very discouraged in the process," Sanders continued to tout his campaign's ability to bring huge numbers of people to rallies, to donate and to "a real grassroots campaign."

Speaking of grass, Kimmel is in Brooklyn this week getting his fix of skinny jeans and the latest in kale cocktails and vintage bicycles. So, of course he had to ask Sanders about his thoughts on the legalization of marijuana.

"This is a really serious issue," Sanders began despite the audience's laughter. "We have more people in jail today than any other country on earth. We have large numbers of lives that have been destroyed because of this War on Drugs and because people were caught smoking marijuana and so on. I think we have got to end the war on drugs and you know look at what's going on in Colorado and elsewhere. But I am not unfavorably disposed to looking toward the legalization of marijuana."

But the best moment came when Kimmel asked Sanders what he thought of the genius impression Larry David did of him on last week's "Saturday Night Live." Sanders took on the David impression by saying it was "pretty.... pretty.... pretty good!" Check it out in the video below -- text can't do it justice.