A "peace" prize for Mugabe: The double-speak behind China’s answer to the Nobel award 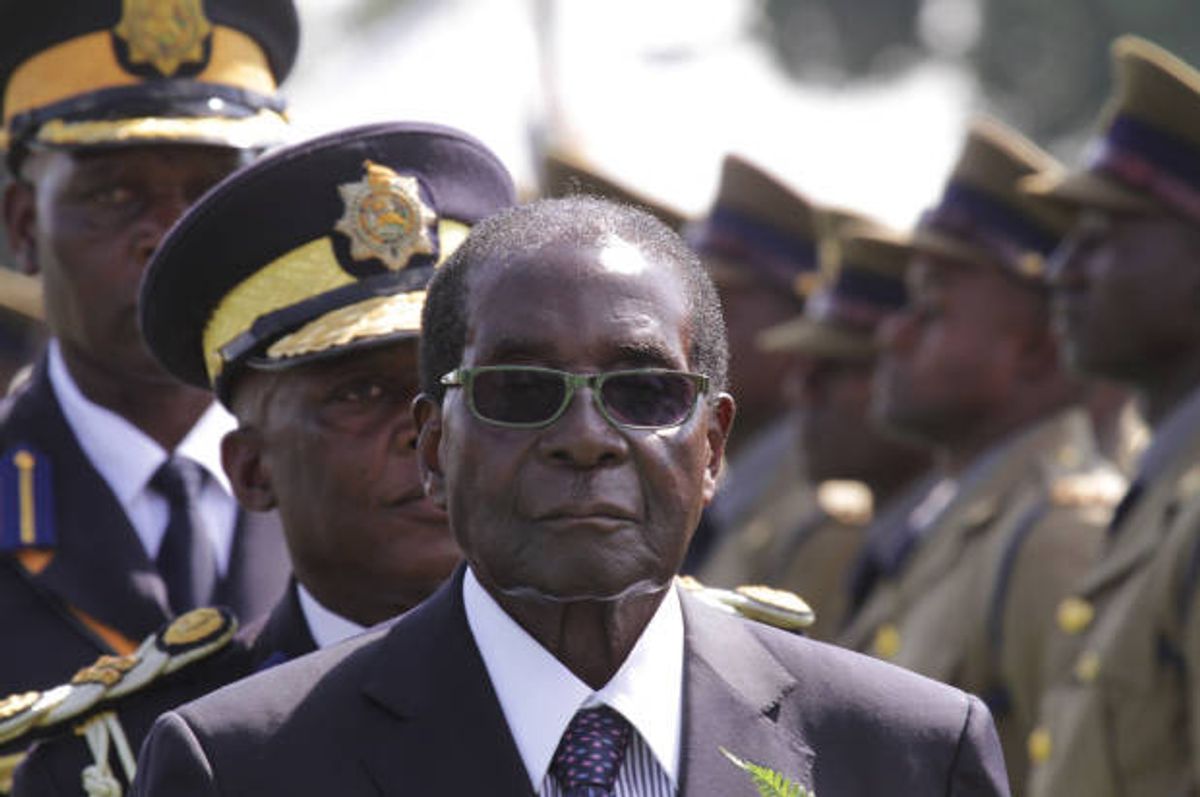 This year’s recipient of China’s Confucius Peace Prize is the president of Zimbabwe, Robert Mugabe. President Mugabe is perhaps best known for his many violations of human rights, including the massacre of an estimated 20,000 people in the Matebeleland and Midlands provinces in the 1980s. In 2005, the political thriller “The Interpreter,” starring Nicole Kidman and Sean Penn, involved an assassination plot targeting fictional president Edmond Zuwanie, a soft-spoken former teacher who devolved into a remorseless despot. The resemblances between Zuwanie and Mugabe were sufficiently overt that Mugabe declared the film a “CIA sponsored” plot to oust him, and the film was banned from the country for being “anti-Zimbabwean."

Why would China select such a man as this year’s honoree? The background of the prize itself helps explain. The prize itself was conceived in 2010 as a kind of anti-Nobel Peace Prize, an expression of China’s fury that the Nobel committee had chosen to recognize dissident Liu Xiaobo, whose writings criticized the government and demanded political reforms. In haste, the “Confucius Peace Prize” was born, but its first winner, politician Lian Chan, didn’t show up to claim his prize-- a golden statuette trophy of Confucius and 100,000 Chinese yuan ($15,700.) It’s entirely possible that Mugabe won’t show up either. Other winners of the Confucius Peace Prize have been Fidel Castro and Vladimir Putin.

So the Confucius Peace Prize isn’t so much a sinophilic Nobel as it is a kind of protest award that threw in the word “peace” in a Ministry of Love, double-ungood sort of way. It has no philosophic resemblance to the teachings of Confucius, no official ties to the Chinese government, and seems to be run by a small group of patriotic businessmen. But given that the fact that Liu Xiaobo’s Nobel spawned  it, it’s worth bringing up the forgotten fact that Mugabe was also once in the running for a Nobel Peace Prize.

1981, Mugabe was on the short list for a Nobel based on his initial stance about reconciliation following Zimbabwe’s independence. “He said, ‘Our people, young and old, men and women, black and white, living and dead, are, on this occasion, being brought together in a new form of national unity that makes them all Zimbabweans’.”

From the outside, Zimbabwe gives every indication of a functioning democracy where diamonds seem to grow from trees. From the inside, however, Mugabe’s one-party rule has wrecked the economy and those diamonds come at the cost of human lives.

But diamond mining means millions in profits for somebody; in this case, awarding Mugabe isn’t so much about promoting “peace” so much as cementing business alliances. As one friend posted cynically on Facebook, “Looks to me like they [the Chinese] really, really want those juicy infrastructure contracts.” It was in search of funds for investments of an “infrastructure nature,” that Mugabe visited China on a five-day state visit last year, and in 2014, it was reported that Chinese investment in Zimbabwe “in non-financial sectors exceeded $602 million, more than any other African country,” with at least two China-linked firms, Anjin Investments and Jinan Mining, operating “concessions at Zimbabwe's hugely valuable Marange diamond fields.”

As Max Fisher noted for The Atlantic in 2011, “Zimbabwe's combination of debt, political reliance, and now military reliance--not to mention the increasing number of local and national businesses under Chinese supervision--has blurred the line between Chinese investment in Zimbabwe and Chinese control over Zimbabwe.” Given the ongoing and rising level of Chinese investment in Zimbabwe, the Confucius Peace Prize has done the Western world a favor by bringing attention to these deepening arrangements. For a violent and rapidly changing world, one thing remains certain: diamonds are a dictator’s best friend.