Larry Wilmore demands answers on #WhosBurningBlackChurches: "Can we call this a racist attack now?"

"But, with the white church being burned, we kinda have to take racism off the table," Wilmore mocked. 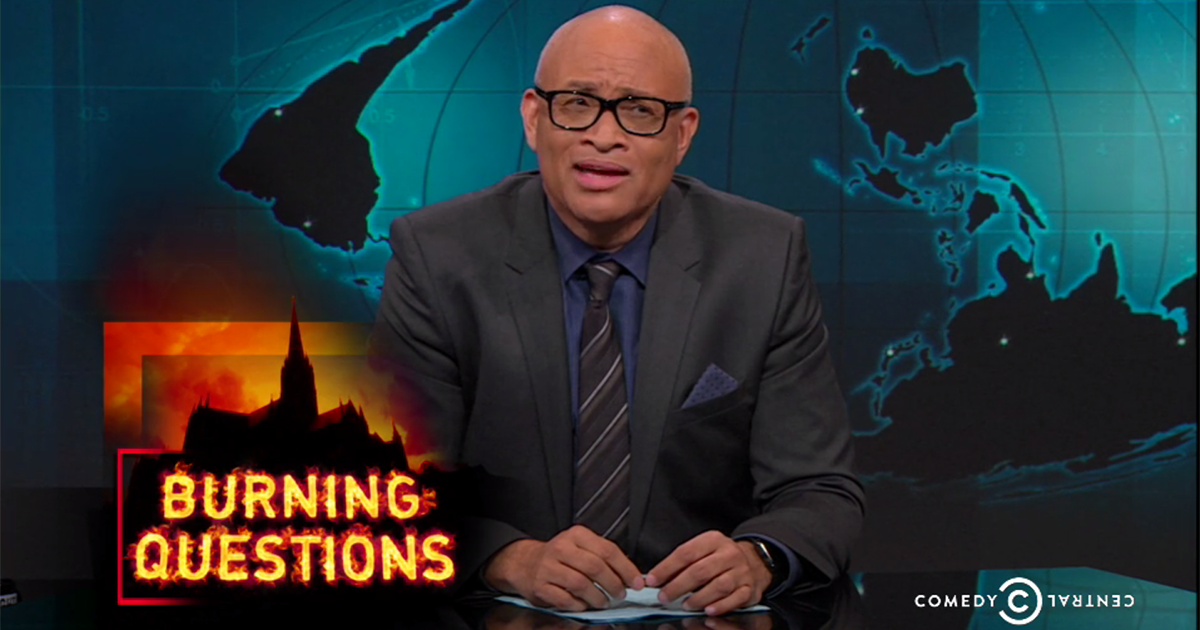 Six traditionally black churches, and Thursday one white church in St. Louis have all been burned in the last month and no one knows why. Larry Wilmore spent Thursday evening's "Nightly Show" demanding answers.

"Jesus, Ferguson, black churches?" Wilmore implored. "I mean, first of all, everybody knows black church is the worst place to start a fire. I mean, those old ladies fanning themselves all the time."

Wilmore said that he's not a "crime dog" or a "fire bear" but believes the fact that these churches, all in the same area were burned likely due to them being black churches. "Can we call this a racist attack now?" He then rolled the video of the latest fire coming in a primarily white Catholic church. "And by racist I mean it's not racist."

He went on to say, mocking of course, that you have to be careful jumping to conclusions on issues like these. "This is an important lesson here. When it comes to a string of black church fires, always wait long enough to see if a white church shows up."

Whoever is doing these church burnings is terrible, Wilmore said, but it could just be a "stressed arsonist who hates Christians." It might not be racism, he said reluctantly with an overly cautious "yay."

Wimore then cut to "traveling racial activist" Elijah Dickerson who was standing in front of a smoldering church for a special report. But because a white church was burned, Wilmore said that this couldn't be a racial incident. Dickerson rightfully called bullshit.

"One white church doesn't count out racism!" Dickerson explained. "What better way for a racist to throw us off his scent than by taking down one of his own churches?"

Wilmore asked if it could be a case of someone who simply hates Christianity but Dickerson called BS there as well. "Even if it was a Christianity thing, which it is not, everybody knows Jesus was a black man," Dickerson said.

The bizarre police narrative is that the arsonist is someone who is stressed which Dickerson says is completely logical: "Of course they're stressed, Larry. It's a stressful time for white folks right now. Confederate flags are going down, all their baseball teams are losing, Mythbusters just got canceled ... they're blowing off steam with some good old church burnings!"

Check out the depressing video below: