The notorious CEO said he was going to start a Democratic Super PAC, but now he's leaning toward voting GOP 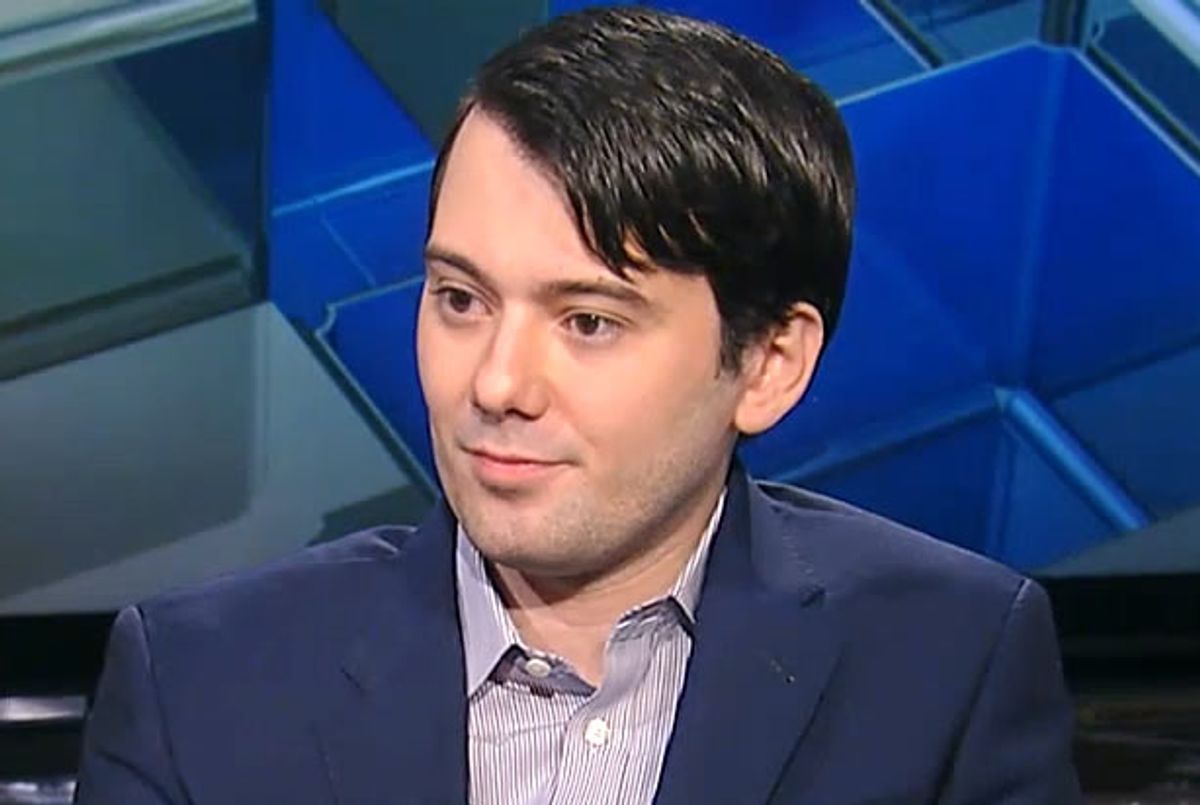 Turing Pharmaceutical founder Martin Shkreli appeared on Fox Business' "Mornings with Maria" Friday and declared that potential Democratic presidential candidate Bernie Sanders -- who publicly rejected a campaign donation from the disgraced CEO earlier this month -- is "a demagogue" who's "afraid of the issues."

"I think I'd destroy him in a debate about pharmaceuticals," said the man who's spent weeks being repeatedly humiliated in every debate he's participated in, be they about pharmaceuticals or otherwise. He later challenged "any other CEO in Big Pharma" to "a debate contest about science."

Shkreli claimed that Sanders "doesn't understand pharmaceuticals at all," then boasted that while the Vermont senator "donated on my behalf" the $2,700 that the CEO tried to give to the Sanders campaign, he was willing to donate $50,000 to the same HIV/AIDS charity if they would take his money.

Host Maria Bartiromo asked Shkreli what it felt like "to be basically ostracized for this?" He replied that "I think you'd be surprised at the amount of support I've got -- there's a lot of people who support free markets."

When asked who he's supporting for president, Shkreli said that "I was going to start a Democratic Super PAC, but after this backlash and lack of understanding of our economy, I may support a Republican now."

Watch the entire interview below via Fox Business.