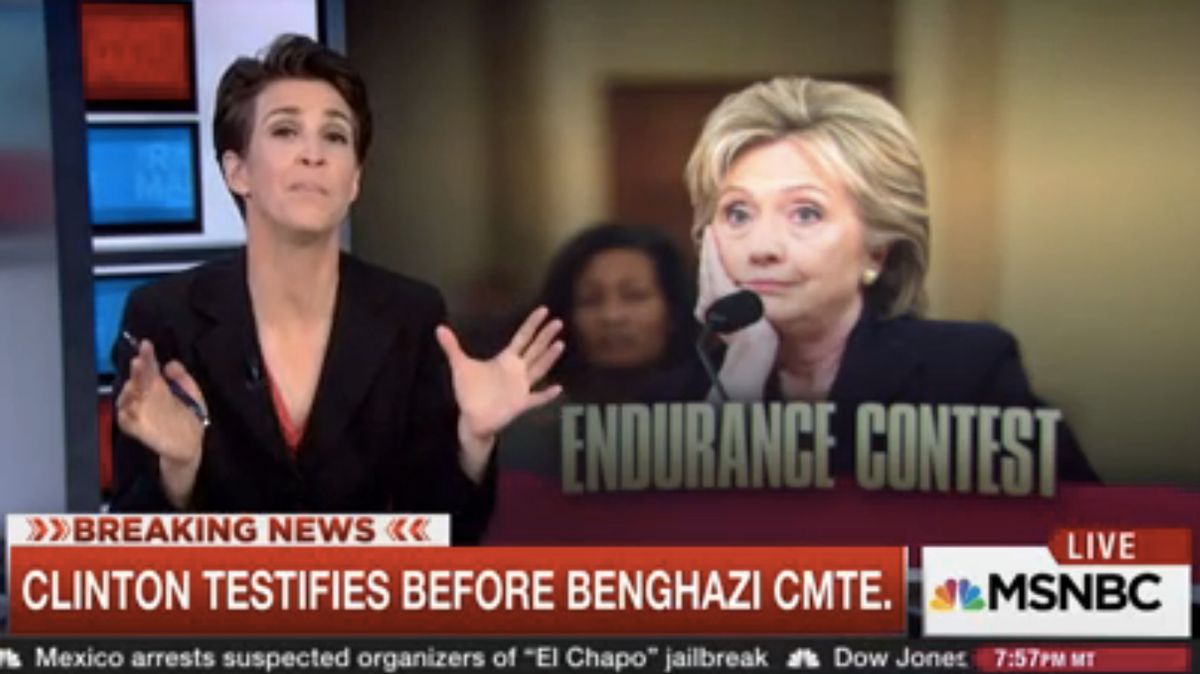 Opening with the history of congressional inquiry in to the bombings of Marine barracks in Beirut, Lebanon, Rachel Maddow ripped the Republican-led House Select Committee on Benghazi for disgracing the legacy of rigorous, nonpartisan national security investigations during her MSNBC show on Thursday.

"The president was a Republican, the Congress was Democractic," Maddow explained of the Reagan-era inquiry, but the bipartisan investigation did not get sidetracked by partisan quarrels as Thursday's Trey Gowdy-led committee devolved into.

"That was a different time," Maddow lamented, "partisanship really did play no role. None."

"We have never before, as a country, treated a specific national security event like this, like this," Maddow declared shifting to Thursday's over nine hour grilling for former secretary of state Hillary Clinton. "We have never had a congressional, partisan carnival, like this, over an attack on a U.S. outpost overseas. Never"

"Republicans have turned it all into one big, hilarious, partisan joke."

Watch Maddow rip Republicans for their Benghazi farce, via MSNBC: