Sorry, "Game of Thrones" fans: One of these guys is definitely, unequivocally, 100 percent dead

The fan favorite appeared to die at the end of season 5, but it wasn’t entirely clear -- until now 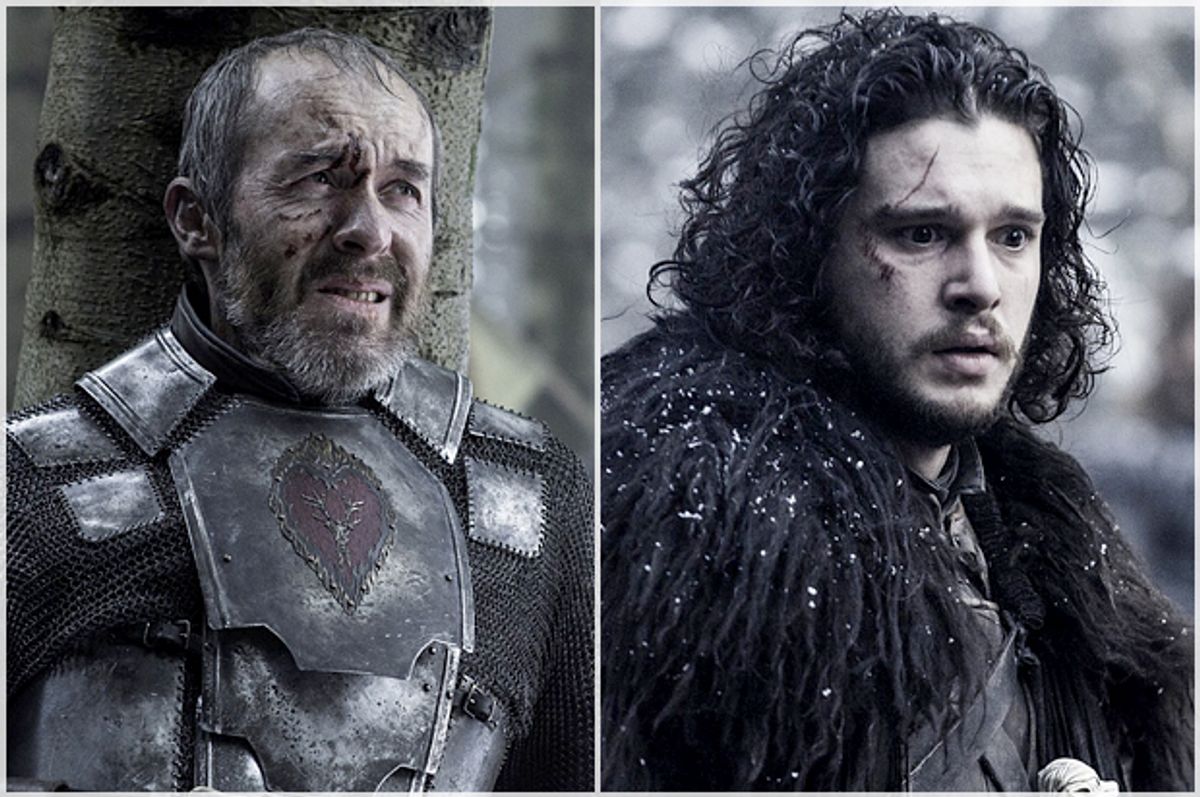 Terrible news, my fellow Stannis stans. I hope you're sitting down for this.

According to a new official book called "Game of Thrones: The Noble House of Westeros Seasons 1-5,” Stannis Baratheon will not be pulling a Jon Snow and resurrecting himself come season six.

While the wily Lord of Dragonstone appeared to die at the end of season five when Brienne of Tarth swung her sword straight at him, the fact that we never saw steel connect with flesh (not to mention the fact that "Thrones" is prone to elaborate death fake-outs) made some viewers speculate that the aspiring Iron Throne claimant wasn’t dead after all. George R. R. Martin fueled those rumors, by saying that Stannis was still alive and kicking in his books.

But according to the new book, an authorized guide to the key houses of Westeros, Stannis the Mannis really has met his maker. As the book details, leaving very little room for interpretation: “Stannis was killed outside of Winterfell by Brienne of Tarth, who wished to avenge Renly’s death."

Thankfully, there’s no such passage pertaining to Jon Snow, and given that he’s been spotted strutting around Belfast, luscious mane intact, we’ll continue to assume that he is one of the lucky characters to have dodged George R. R. Martin's murderous pen. It's not enough to cheer up this diehard Stannis fan (yes, even despite the whole daughter-murdering business), but it's a consolation prize nonetheless.