This is Obama's last chance to make big business pay

Volkswagen has been caught lying about emission standards, but will it pay? If past is prologue, probably not 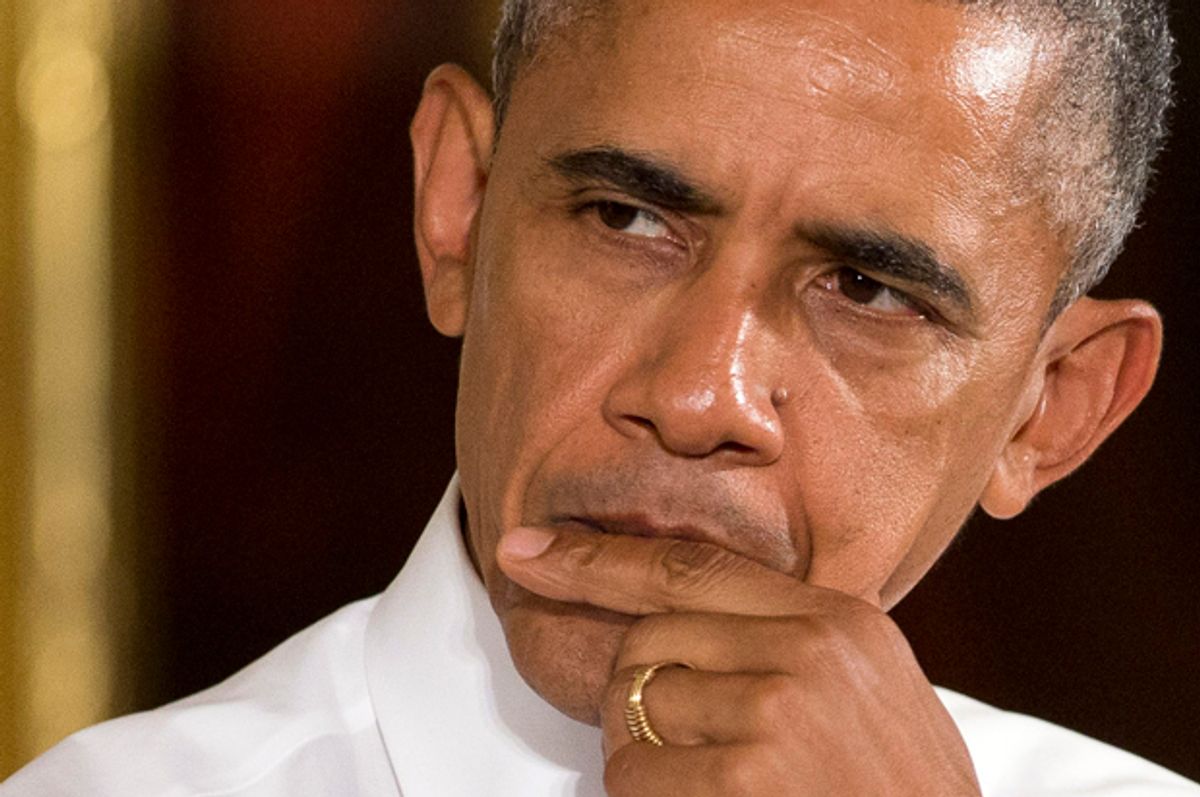 Do large corporations and their executives have a get-out-of-jail free card that protects them from prosecution for criminal wrongdoing?

The Volkswagen case, where executives admitted cheating on pollution emissions tests, is going to give the Obama administration another chance – perhaps its last – to prove that this is not so. Doing so would respond to the desperate demand from the American people for some modest accountability for corporate wrongdoers, some evidence that in fact the powerful and privileged are subject to the same laws as the rest of us.

The recent Justice Department settlement with GM was the latest in a long line of coddling arrangements for giant corporate scofflaws. For a decade, GM concealed information about a deadly ignition switch defect; it settled cases with victims’ families on condition that settlement terms are secret; and it failed for years to take action to fix the defect. GM acknowledges that 124 people died due to the defect, though the actual total is likely far higher. Yet last month the Justice Department negotiated a “deferred prosecution” where the government agreed not to prosecute in exchange for a promise by GM not to break the law in the future and imposed a modest (for GM) $900 million fine. All indications are that GM executives will also escape prosecution.

The GM case is typical. University of Virginia law professor Brandon Garrett found more than 300 of these deferred prosecutions in the past decade, many involving big, publicly traded companies. In one of the more amazing cases, the Justice Department, under the direction of Loretta Lynch, then the U.S. attorney for Brooklyn and now the attorney general, provided a deferred prosecution with the giant British bank HSBC in a massive money-laundering operation that involved Latin American narcotraffickers and countries the U.S. designates as enemies of state.

These sweetheart deals do nothing to deter future wrongdoing by corporations. They don’t even stop the affected companies from violating the law again, as evidenced by numerous repeat deferred prosecution deals for the same companies.

Yet there is growing recognition of the need for a tougher approach to corporate criminality. Even Ben Bernanke, the former Federal Reserve chair, now says that there should have been prosecutions of executives responsible for the misdeeds that led to the 2008 financial crash and ensuing Great Recession.

Policy may be, finally, changing. Sally Quillian Yates, the U.S. deputy attorney general, issued new directions for federal prosecutors in early September, directing them to prioritize criminal prosecutions of executives for unlawful corporate conduct. Whether this translates into action remains to be seen: When giant corporations commit criminal acts -- killing consumers, poisoning the environment, stealing from customers – will their executives go to jail?

And some prosecutions are now occurring – at least when smaller firms are at stake. Last month, Stewart Parnell, the former owner of the Peanut Corporation of America, was sentenced to 28 years in prison for knowingly shipping salmonella-contaminated peanut butter – tainted food eventually linked to nine deaths and hundreds of serious illnesses. Meanwhile, federal prosecutors are now in court in West Virginia conducting a criminal prosecution of Don Blankenship, the former CEO of Massey Energy, who is charged with violating mine safety laws and lying to federal regulators in connection with the 2009 Upper Big Branch mine collapse that killed 29 miners.

Against this backdrop, the VW case should be among the easiest to criminally prosecute. It involves not just criminal negligence or recklessness, but a concerted effort to circumvent the law, with deadly consequences. VW cars designed to evade emission standards are releasing pollutants at 30-40 times permissible levels; the resulting dirtier air is likely responsible for dozens of deaths.

Here are three key questions to judge whether the VW case will serve to deter misconduct by other large companies: Is VW forced to plead guilty to crimes, rather than escape with a deferred prosecution? Are high-level executives held criminally liable for this years-long, intentional effort to cheat on environmental tests, and given jail time? Is VW forced to pay a fine large enough that it can’t be dismissed as a cost of doing business?

There’s no question what the American people want. Polling shows an almost unanimous demand for tough enforcement of Big Business wrongdoers. In one recent poll, Americans of all political stripes – 89 percent of Democrats, 85 percent of Republicans and 87 percent of Independents -- said they wanted to see tougher enforcement of laws and regulations. There is a widespread feeling in the land, not without justification, that the system is rigged. The VW case is an opportunity for prosecutors to show that even though giant car makers may be cheating pollution tests, the justice system itself is not rigged.

Robert Weissman is president of Public Citizen, a national nonprofit consumer advocacy organization. Mr. Weissman is a staunch public interest advocate and activist, as well as an expert on corporate and government accountability.

Gary Bass is executive director of the Bauman Foundation and adjunct professor at Georgetown McCourt School of Public Policy. He has worked to promote regulatory protections for more than three decades.