The actress speaks to 20/20 on the eve of her new memoir, "Troublemaker: Surviving Hollywood and Scientology" 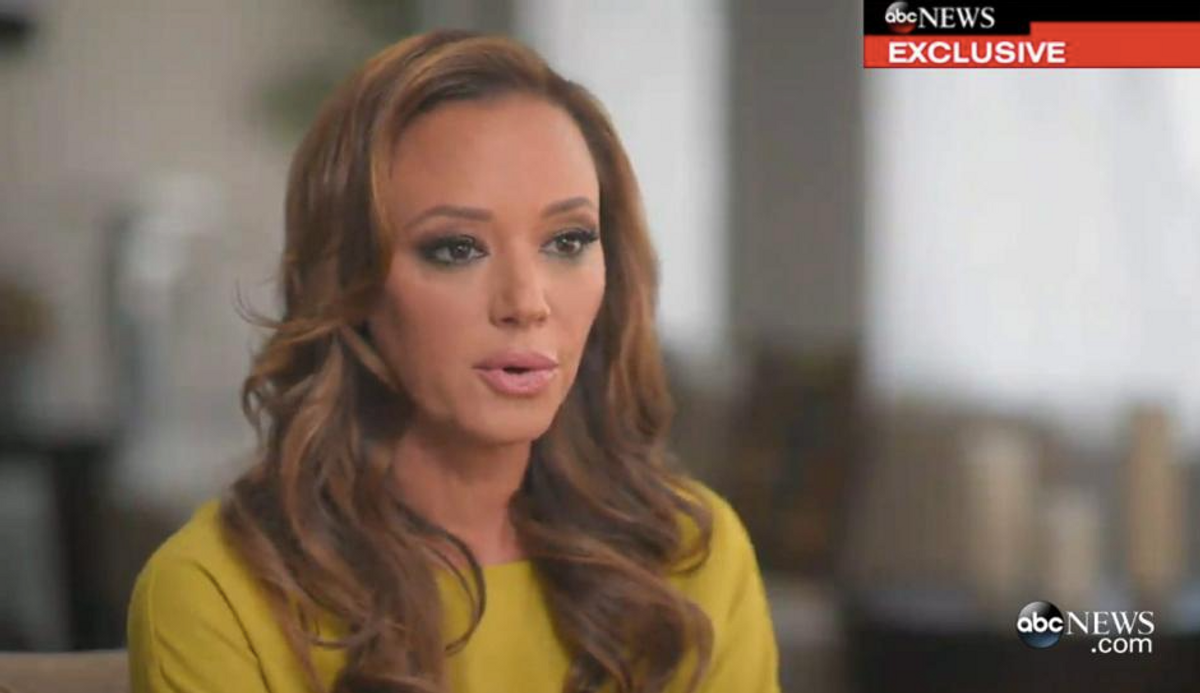 To coincide with the release of her tell-all memoir, "Troublemaker: Surviving Hollywood and Scientology,” former Scientologist Leah Remini is sitting down for an interview with "20/20" this Friday. In addition to speaking about her own experiences within the organization, the former “King of Queens” star also has some words for Scientology’s number one celebrity figurehead, Tom Cruise.

Interviewer Dan Harris then asks her if she has anything specific she would like to say to Cruise himself, at which point the promo fades to black. Cliffhanger!

Many of Scientology’s most’s outspoken opponents — including “Going Clear” writer Lawrence Wright and director Alex Gibney — have hammered home the importance of holding Tom Cruise to account for Scientology’s many alleged abuses, a tactic that Remini seems to have taken to heart.

“Through Scientology’s tax exemption, we all subsidize the church’s documented cruel and unusual punishments of its adherents and critics,” explained Alex Gibney in a piece for The Hollywood Reporter earlier this year. “Yet what’s left of the church’s credibility remains because Tom Cruise — the movie star with the hundred-million-dollar smile — is the religion’s most powerful pitch man and recruiting tool. Tom Cruise is not just a believer; he’s essentially part of the church’s power structure. He can believe what he wants. But, as one ex-Scientologist told me, it’s not the creed, it’s the deed. The public actions of the religion demand that Cruise be held to account. That’s how change happens.”

Remini, who was one of the Church's most high-profile Hollywood members, has been a vocal critic of the organization since she defected in 2013, and the promo also features her speaking openly about the oppressive hold Scientology has on its adherents.

“As time goes on, you start to lose touch with the real world. The mindset becomes ‘Us against them,’” Remini explains to Harris. “The decision to leave is you are giving up everything you have ever known and everything you have worked for your whole life.”

Watch the tantalizing teaser below: