Diversity is for white people: The big lie behind a well-intended word

"Diversity" sounds polite and hopeful. It's how we talk when we can't talk about race, or when whites get nervous 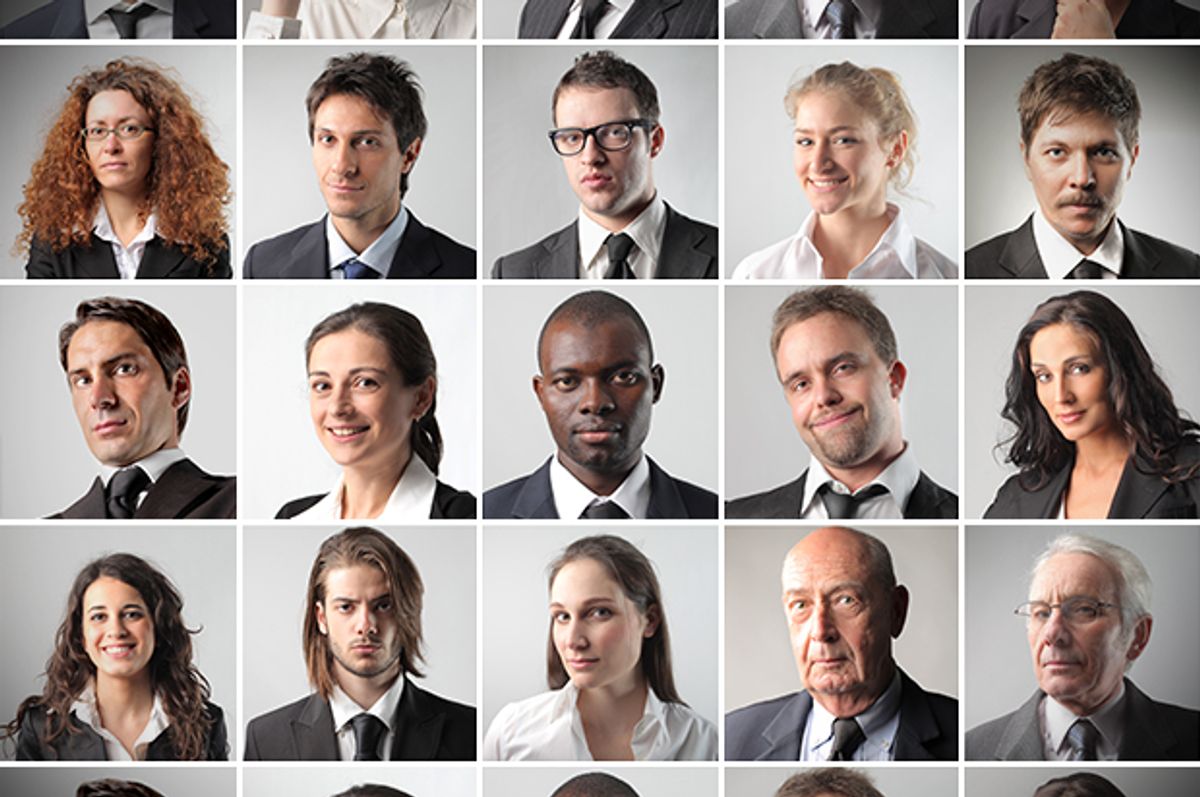 Our country is convulsing over the issues of diversity and race. Police departments from Baltimore to Minneapolis are talking about diversity hiring as the antidote to anti-black police brutality. Last month's flash point was Hollywood darling Matt Damon whitesplaining diversity, igniting a Twitterstorm of outrage. Earlier this year was the failed Race Together stunt by the CEO of Starbucks, which tried to enlist customers in over-the-counter exchanges about America’s most vexing dilemma.

As an academic, I have spent more than a decade investigating this enigmatic term: What do we mean by “diversity” and what do we accomplish when we make it our goal? Using first-hand ethnographic observation and historical documents, my research has taken me from the U.S. Supreme Court during debates about affirmative action to a gentrifying Chicago neighborhood to the halls of a Fortune 500 global corporation.

Here’s what I’ve learned: diversity is how we talk about race when we can’t talk about race. It has become a stand-in when open discussion of race is too controversial or — let’s be frank — when white people find the topic of race uncomfortable. Diversity seems polite, positive, hopeful. Who is willing to say they don’t value diversity? One national survey found that more than 90 percent of respondents said they valued diversity in their communities and friendships.

The term diversity has become so watered down that it can be anything from code for black people to a profit imperative. Consider the cringe-worthy experience I had sitting in on a corporate diversity training, where initiates learned that diversity could mean our preferences for working at daytime or at night, or our favorite animal. As a Deloitte study showed, many Millennials take it to simply mean one’s unique culture and perspective. (Apparently they are listening to their diversity trainers).

However much it might feel good, though, diversity talk is not enough. At this paradoxical time, when we are at once commemorating fifty years of civil rights gains while questioning racism in policing and prisons, it allows us to sidestep persistent, alarming racial inequalities. Its appeal makes it downright pernicious. It lets white people off the hook from doing something about our own culpability in the problem — like our inclination to live near people like us (i.e. white) or to put in a good word with the boss about our friends (i.e. probably white).

And then there are the white folks who use diversity speak to smack down people of color. On HBO’s "Project Greenlight," Damon invoked diversity to chastise a black female director as she cautioned a roomful of white producers about the importance of who, exactly, is behind the camera. Damon interrupted her: “When we’re talking about diversity, you do it in the casting of the film not in the casting of the show.” Here, a white man’s diversity talk degraded the only black woman in the room, putting her in a position where she could be seen as brazen and ungrateful. And it altogether discounted the hard work of tackling inequality, which is about putting people of color in the driver’s seat, not just on the screen in tired stereotypical roles.

Even in the hands of the well-intended, diversity leaves us without a language for making sense of ongoing racism or deliberating effective policy responses. A rigorous study by sociologists at University of California-Berkeley, Harvard University and University of Minnesota shows that corporate diversity trainings are especially counterproductive, despite being the most popular program in the multibillion-dollar diversity management industry. These trainings do not move white women or most people of color into management, and they actually decrease black women’s odds of becoming managers by 7%, perhaps because they can breed resentment. Likewise, in the neighborhood I studied, politicians promoted small-scale homeownership housing programs for the middle class in the name of diversity — but these race-blind programs were altogether insufficient for addressing the displacement of the low-income, majority black and Latino renters getting railroaded by condominium conversions.

Diversity talk is a convenient solution to new racial challenges. Those who lead companies, universities and communities confront the widespread expectation that there will be at least one high profile person of color — typically, a token black person — in an otherwise majority white environment. The problem is far from fixed, though, with just four black CEOs in the Fortune 500 and racial segregation rampant across the workplace. To create integrated companies, more than 50 percent of employees would have to swap jobs. Leaders today also must govern an increasingly small white population that commonly harbors racial fears and anxieties, if not out-and-out bigotry. The title of a social psychological study out of Harvard Business School and Tufts University captures a disturbing finding: “Whites see racism as a zero-sum game that they are now losing.” That’s right, white folks think they have it worse off than black people.

In response, diversity’s champions have redefined racial progress itself. Rather than a righteous fight for justice or effective anti-discrimination laws, we get a celebration of cultural difference as a competitive advantage. Diversity, we are told, is an end goal with instrumental pay-offs: good for learning, good for the bottom line, even good for white people. Administrators at the University of Michigan tout their institution as “excellent and diverse” — a place where people’s differing points of view improve the college experience for everyone. This powerful buzzword reflects leaders’ belief that, to manage race successfully, white constituents need to see inclusion as in their own self-interest.

Treating race as diversity does offer some promise. The drive for diversity disavows outright racist hate. Appealing to diversity can unite people across differences that divide us deeply. It affirms a much-needed basis of commonality — a shared, self-reinforcing commitment to each other.

But with what other issue of inequity do we think that the solution is just talking about it? Health care? No. We create insurance plans that buffer people from bankruptcy. Hunger? No. We create emergency food pantries and free school lunches.

Ultimately, I see diversity as a big lie. We need fewer cheerful logos and more effective action. Like an honest reckoning with racist housing policies that have robbed people of color of wealth. Like affirmative action policies at work and in universities, which have effectively moved people of color up the economic ladder. Like support for collective union bargaining. Like the decriminalization of recreational drug use and addiction.

Instead, the diversity movement gives us doctored photos in college brochures. It gives us investment banks that keep hiring rich, white, Ivy League grads. And it gives us Damon’s denial of racism. Diversity is not the wake-up call that white America needs. It’s the snooze button.

Ellen Berrey, an assistant professor of sociology at the University of Denver and affiliated scholar of the American Bar Foundation, is the author of the new book “The Enigma of Diversity: The Language of Race and the Limits of Racial Justice.”