Americans can now challenge their inclusion on the secretive No Fly List, which critics say is racial profiling 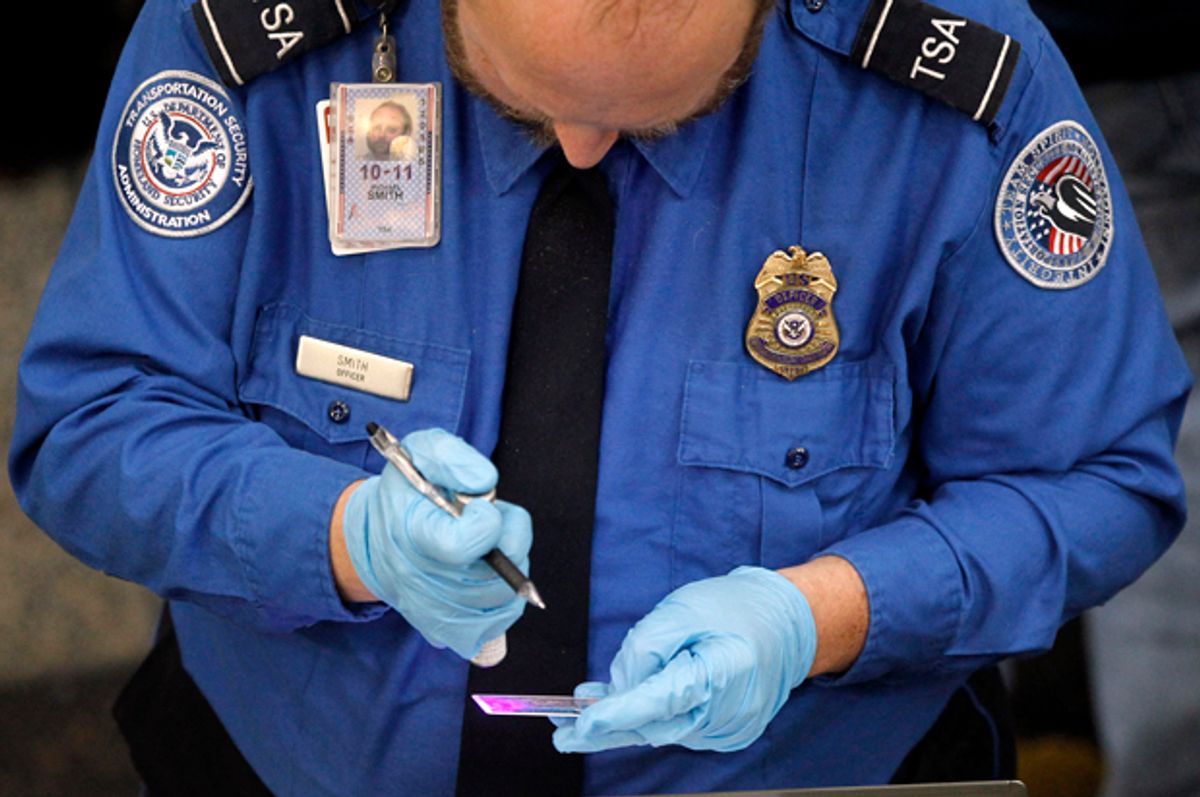 Tens of thousands of people, including U.S. citizens who have never committed a crime, are forbidden from flying into or out of the U.S. because they are on a list they were never even told they are on: the No Fly List.

Today, a federal court ruled that Americans can challenge their inclusion on this secretive list on legal grounds.

Saeb Mokdad, a Lebanese-American businessman who has been a U.S. citizen for 24 years, is unable to visit his family in Lebanon or travel to the country for work. Although he has has no criminal record, Mokdad has been prevented from boarding a plane three times since September 2012.

In 2013, Mokdad sued the government over his inclusion on the No Fly List. The Arab-American Civil Rights League (ACRL), who is defending Mokdad in the case, argues the implementation of the No Fly List is unconstitutional.

The U.S. Sixth Circuit Court of Appeals ruled on Monday that district courts have jurisdiction to hear challenges to the No Fly List, establishing a precedent for courts throughout the country. The court also reversed a lower court's dismissal of Mokdad's case, allowing him to proceed with his lawsuit against the Attorney General, Director of the FBI, and the Director of the Terrorist Screening Center (TSC).

The ACRL called the decision a "monumental victory" and "historic ruling." ACRL civil rights attorney Nabih Ayad, who represents Mokdad in the case, remarked "Today is a good day for our Constitution, a good day for Arab-Americans, and a good day for justice across this nation."

"This ruling confirms what we at the ACRL have stated from day one -- that the unwarranted and un-constitutional profiling of an entire group of people simply based on their ethnicity must be struck down as a violation of this nation's highest law: the Constitution," Ayad added. "By issuing today's ruling, the U.S. Sixth Circuit has dealt a huge blow against the continued and unjustifiable intimidation and harassment by the federal government against Arab-Americans."

The No Fly List is confidential, and the exact number of people on it is unknown to the public. More than 47,000 people were on the list as of August 2013, including 800 Americans, according to leaked documents obtained by The Intercept. The people on the list are disproportionately Arab and from Muslim-majority countries, leading critics to describe it as a state-sanctioned policy of racial profiling and religious discrimination.

Although created by the Bush administration in the wake of the 9/11 attacks, the list is largely supported by both parties. The Obama administration has drastically expanded it, and Senate Intelligence Committee Chairwoman Dianne Feinstein (D-CA) insisted that the No Fly List "is one of our best lines of defense."

Outside of court, Americans can do virtually nothing about their inclusion on the secretive list. The only thing they can do is file a request with the Department of Homeland Security's Traveler Redress Inquiry Program, yet the American Civil Liberties Union (ACLU) explains that the "DHS only responds with a letter that merely confirms the request was received and reviewed. The letter does not confirm or deny whether their names are on the No Fly List, explain why they were denied boarding, or indicate whether they can fly."

The No Fly List is overseen by the TSC, which is administered by the FBI. The TSC is staffed by officials from a variety of government agencies, including the FBI, Department of Homeland Security, Department of State, Customs and Border Protection, and TSA. The list is part of the government's larger Terrorist Screening Database.

The ACLU has litigated against the No Fly List since 2010. In 2013, a federal court sided with the ACLU, challenging the process by which Americans can attempt to get off the list as unconstitutional. The next year, a court order pressured the government to take the ACLU's seven plaintiffs off of the list.

There are only two present legal challenges to the No Fly List, according to the ACRL.

Attorney Scott Stawiasz, who works with Mokdad's attorney Mr. Ayad, told Salon that the ruling could technically be appealed to the Supreme Court, but said such action is "highly unlikely." Stawiasz also clarified that the court ruled that individuals may challenge the matter in the district courts, but "did not determine the legality or constitutionality of the No Fly List or its associated procedures."

"I applaud the courageous decision made by the Judges of the U.S. Sixth Circuit panel," Ayad said, "and hope that the Federal Government will come to realize that there is a force that will challenge such discriminatory action against Arab-Americans."