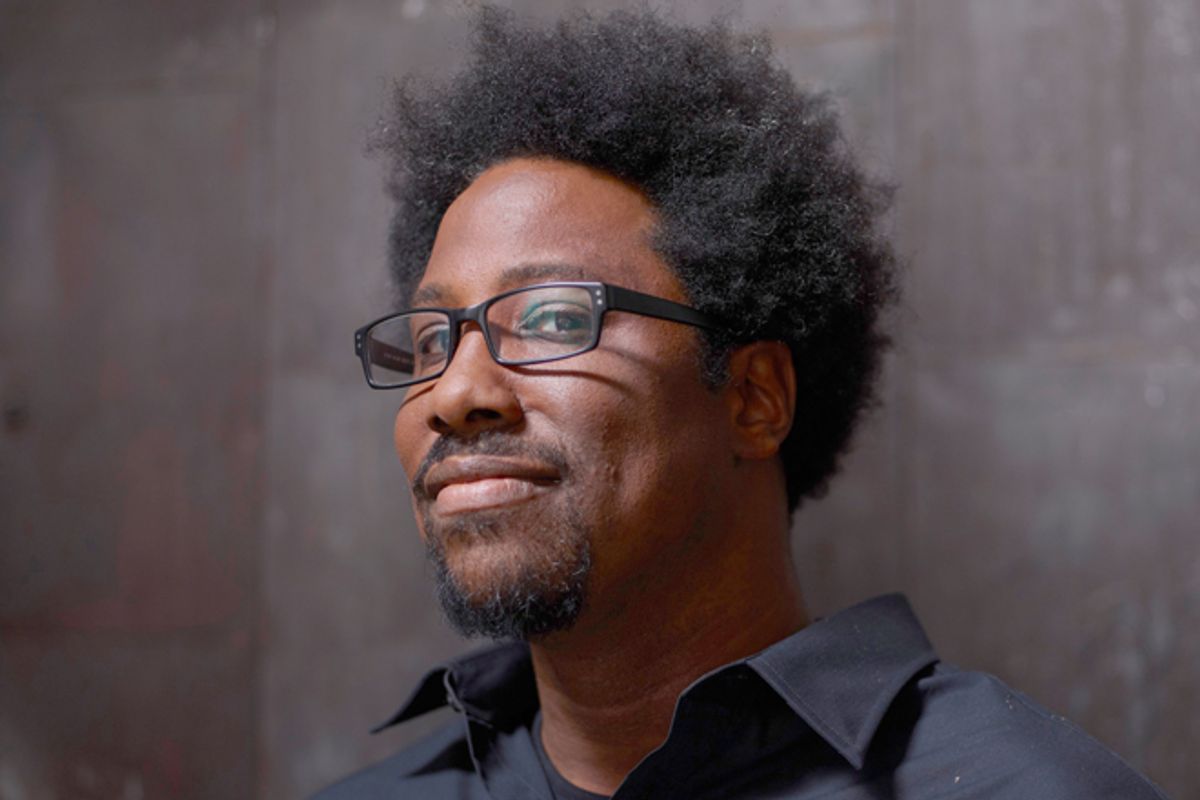 In a new interview with The Establishment, comedian and cultural critic W. Kamau Bell — who hosted the brilliant, canceled-too-soon FXX talk show “Totally Biased” — speaks out about comedy, race and social media, and where the three intersect. As usual, the comic is filled with prescient insights, which we can't wait to see more of in his forthcoming CNN series “United Shades of America."

In the lengthy interview, Bell opens up about the "weird sense of loneliness” he felt performing at a festival along with a number of white comedians in DC, suggesting that there is a big difference between how white and black comics relate to one another. With most shows, he says, he ends up "missing that sense of connection, that 'we’re all in this and we’re coming at this from the same angle,' in a way that white male comedians feel quite often.”

Bell also hones in on the question of how social media has changed the practice of comedy, referencing the shitstorm that occurred when Trevor Noah was called out for offensive tweets he had made a few years prior.

In Bell’s view, we need to develop a "sort of tiered forgiveness system,” where we allow celebrities to apologize and move forward from the online mistakes that almost everyone is guaranteed to make, particularly those who had Twitter back when it was “like a demilitarized zone" without the same level of scrutiny it faces today.

"With Trevor Noah, I was like, this is just a young person who’s trying to figure this out," he continues. "And he’ll either figure it out or he won’t. If he reveals himself to continually be transphobic or continually be misogynistic on the show, well, he won’t have a job very long. I do think however, Comedy Central probably should have gone through his tweets before they hired him. But I don’t think that anybody understood at that point that Jon Stewart was the liberal pope, and everybody wanted to have a say in who the successor to the pope was."

Read the full, fascinating interview over at The Establishment. "United Shades of America" hits CNN in 2016.