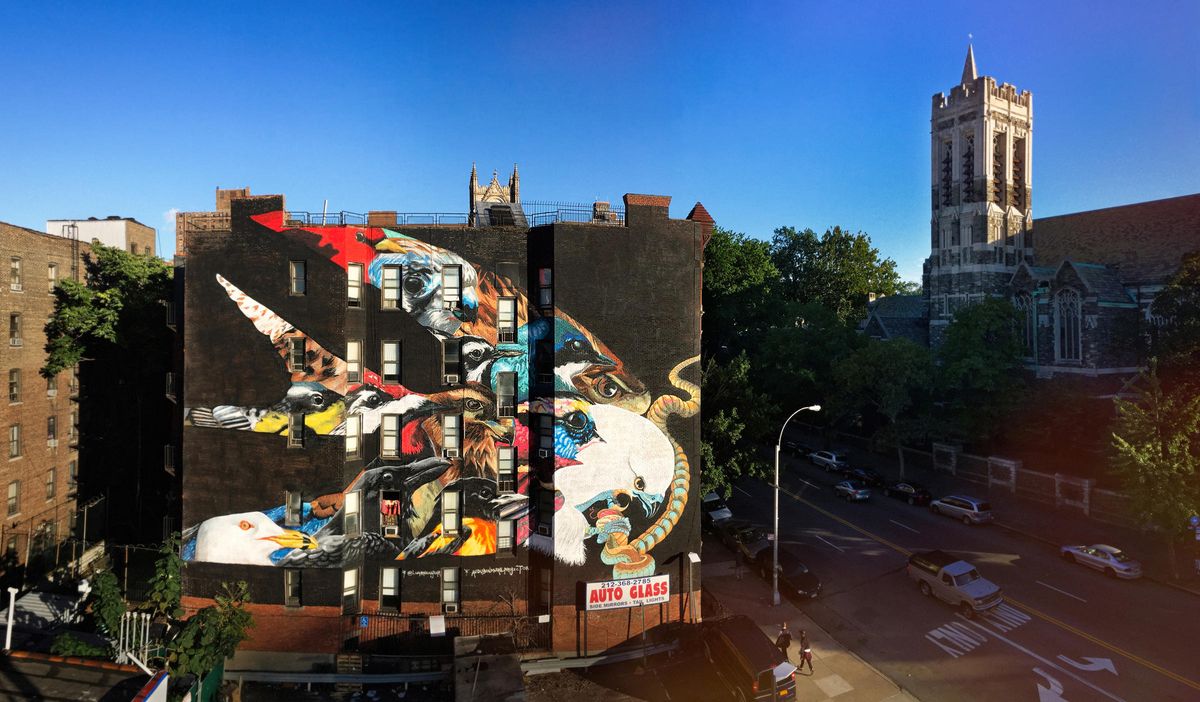 The National Audubon Society spent the last seven years researching the correlation of climate change and birds. 'Audubon Birds and Climate Change Report,' published during the tail end of 2014, concluded that "314 North American bird species are seriously threatened by climate change by the end of this century."

Around the same time that the report was published Avi Gitler, Washington Heights native and founder of Gitler &_____ Gallery in Hamilton Heights, began a project that would pay tribute to John James Audubon (most known for his 'Birds of America' project which includes 435 life-sized watercolor prints of North American birds). The project included painting birds on store front gates surrounding his gallery.

The project has committed to painting the 314 North American birds that are threatened by climate change. This is projected to be a three year undertaking.