The controversial host is returning to The Globes this year, and sparks are going to fly 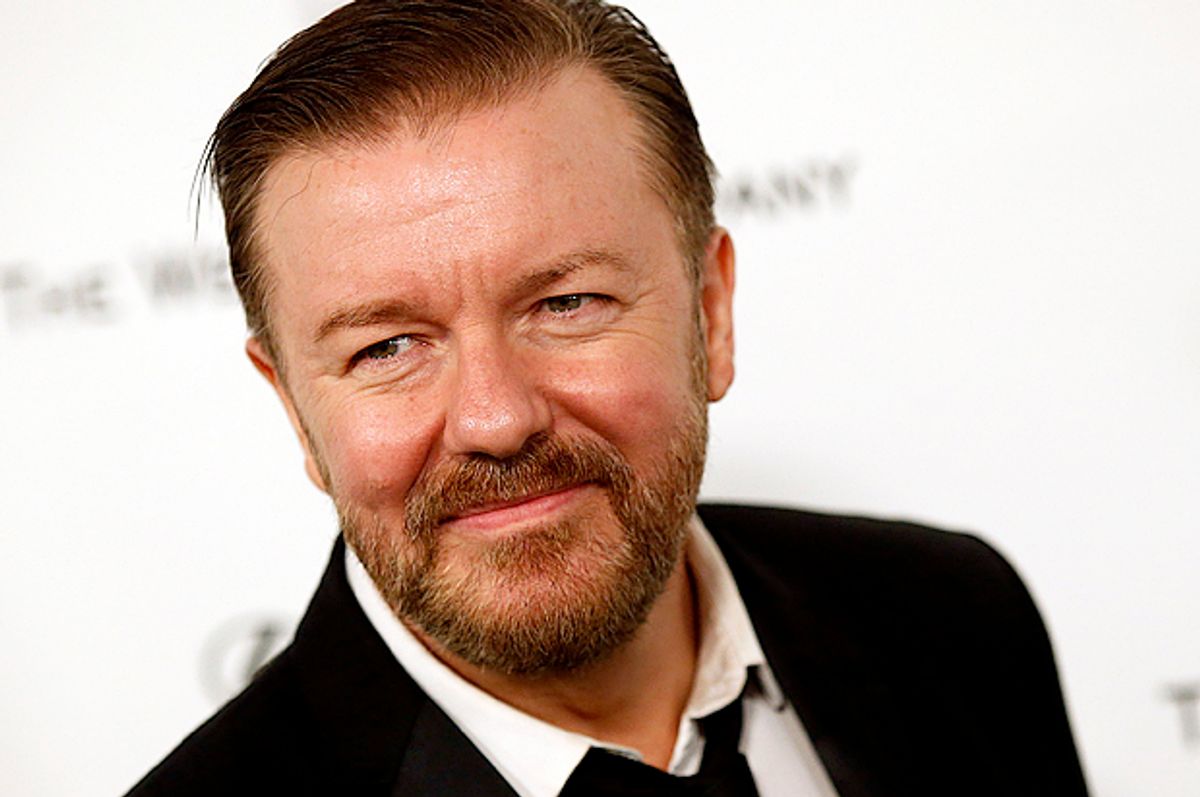 After a three-year hiatus, Ricky Gervais is returning to host the 2016 Golden Globes, an announcement that has received predictably mixed reactions.

Gervais is kind of like the durian of awards show presenters (for those who don’t know, durian is a South Asian fruit that some adore and some say tastes like literal poop garbage) because, well, he’s not everyone’s cup of fruit. But he definitely has some juicy zingers! (How's this metaphor working for you guys?)

Anyway, here are five of his most controversial moments.

1. At his 2010 gig, Gervais had some nasty words Angelina Jolie’s adopted children:

“Actors aren’t just loved here in Hollywood, they are loved the world over. You could be in the third world and get a glimpse of a Hollywood star and it could make you feel a little bit better. You could be a little Asian child with no possessions and no money. But you could see a picture of Angelina Jolie and you’d think, ‘Mummy!’”

2. Gervais criticizes a lot of movies, but in 2011, he had some particularly harsh criticism for Jolie and Johnny Depp's flop “the Tourist" (which Depp later riffed on in an episode of "Life's Too Short").

"It was a big year for 3D movies. Toy Story, Despicable Me, Tron. It seemed like everything this year was three-dimensional. Except the characters in The Tourist. I feel bad about that joke. I'm jumping on the bandwagon, because I haven't even seen that movie. Who has?”

“Also not nominated, I Love You Phillip Morris. Jim Carrey and Ewan McGregor, two heterosexual actors pretending to be gay. So the complete opposite of some famous Scientologists, then. My lawyers helped with that joke.”

4. Hugh Hefner is pretty easy to make fun of, but Gervais pushed it pretty far with this 2011 joke:

"Talking of the walking dead, congratulations to Hugh Hefner, who is getting married at age 84 to 24-year-old beauty Crystal Harris. When asked why she was marrying him, she said, 'He lied about his age. He told me he was 94'. Just don't look at it when you touch it.”

Thankfully, Downey appeared to be in on the joke, riffing later that "aside from the fact that it's been hugely mean-spirited with mildly sinister undertones, I'd say the vibe of the show has been pretty good so far.”

7. After which he called out Jodie Foster for, well, being a lesbian? We don’t really get it either:

Sigh. See you at the Beverly Hilton, Ricky!