This is Netanyahu's horror: "An open unleashing of raw racism that has always been a part of Israeli society"

If the Holocaust taught us anything, it is not to remain silent as a government directs hatred at an entire people 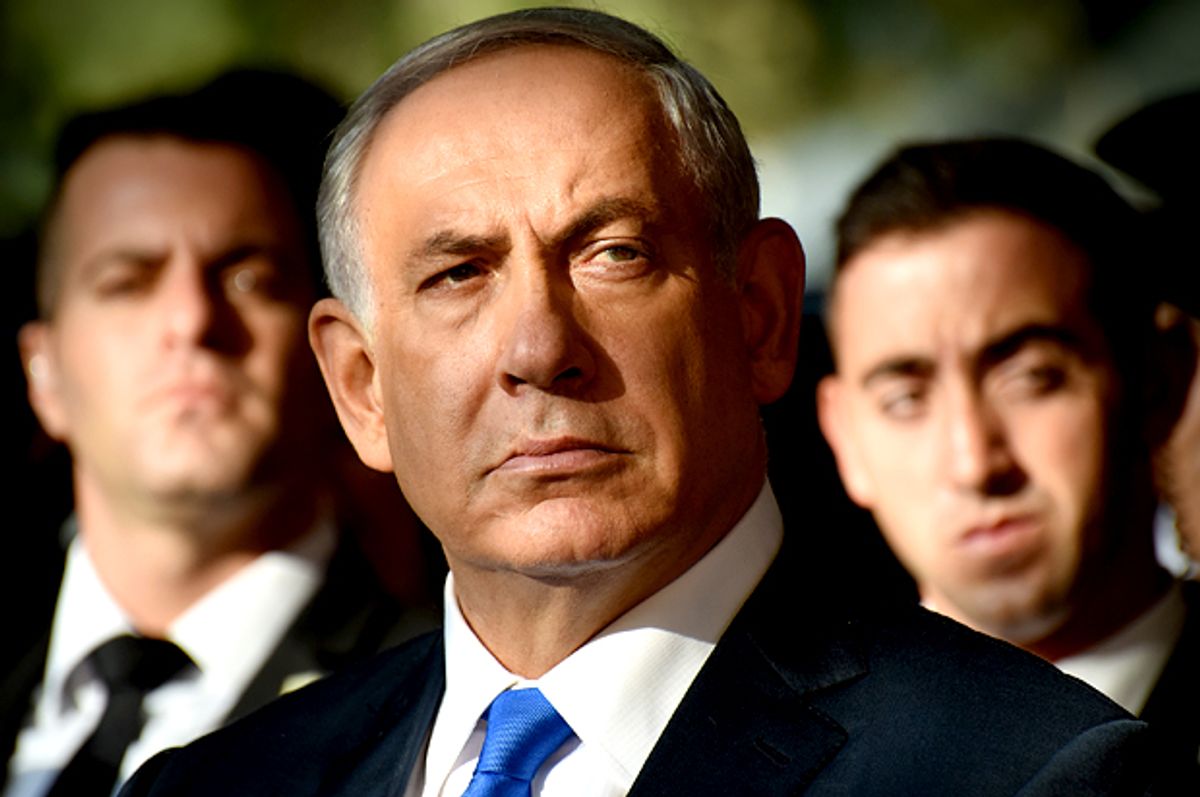 Last month, I wandered the former ghettos of Warsaw and Bialystok and visited the haunting memorials of Treblinka, all places where my family members lived their last moments. I clutched in my hands copies of one of the desperate letters from my great grandmother, hand-redacted and stamped with swastikas; lists of the dead; and smiling photos of my dad’s aunts, uncles and cousins, on a busy downtown street, blissfully unaware of the tidal wave of destruction coming their way.

Yet, everywhere I traveled, I was confronted with the traces of a truth that I had known but somehow hadn’t fully understood—that Hitler wasn’t only intent on eliminating Jews. Nazism was based on a perverse racial hierarchy that placed Aryans at the top, and Jews, Gypsies and homosexuals at the bottom, and which also marked millions of Slavic “sub-humans” for extermination and enslavement. It was a state-sponsored system that was central to the logic of extermination that led to the Nazi genocide.

Which is why Israeli Prime Minister Netanyahu’s recent comments before the World Zionist Organization claiming that the Palestinian Mufti was the person responsible for the idea of exterminating Jews were so remarkably ahistorical and dangerous.

Netanyahu’s shameless exploitation of the Shoah to stoke fear of Palestinians doesn’t just create the strange consequence of taking Hitler off the hook for murdering six million Jews. It contributes to state-sponsored demonization and dehumanization of the Palestinian people, a form of incitement that essentially says anything goes when it comes to punishing Palestinians.

In some ways, this seemingly all-time low should come as no surprise. Netanyahu knows the best defense is a good offense, so in order to build power and distract from Israel’s unconscionable policies towards the Palestinians, he has built an entire career on the art of strutting victimization. After all, picking the wounds of a traumatized people to maintain power is easy in a country literally built from the ashes of genocide.

But the truth is Israeli governments have always justified all kinds of horrific policies, from stealing land to imprisoning children, by blaming the victim.

The irony, of course, or perhaps it’s no coincidence, is that for so long, it has been a truism that one is simply forbidden to raise any comparison whatsoever between Israel’s treatment of the Palestinians and the Nazis’ treatment of the Jews. And it's true, nothing can compare to the enormous killing machine the Nazis created whose only goal was to efficiently murder as many “inferior people” as possible.

But Nazism was not only the gas chambers of Auschwitz and Treblinka. It was based on a system of biological superiority. And when I first heard older leftist Israeli Jews who had been refugees from Hitler's policies say they recognized some similarities in modern day Israel, I was too shocked to process it. But over time, for me, those linkages have become inescapable, and I have come to believe that remaining silent about them only increases the likelihood of them worsening.

For example, do close watchers of the ongoing violence in Israel and the occupied Palestinian territory know that the last year has seen an open unleashing of raw racism that has always been a part of Israeli society? Do Israelis by and large see Arabs and Africans as racially inferior and less human than white Ashkenazi Jews from Europe? Undeniably they do. Does the Israeli government, like the Nazi policy of Liebensraum, also have a policy of making Palestinian land what they call “sterile,” or Palestinian-free, so that Jews can move onto it? Yes they do.

And does the Israeli government, as the Nazis once did in Warsaw and countless ghettos like it, keep Palestinians in an overcrowded, unhealthy open-air prison where they deliberately limit their caloric intake, and access to food and fuel? Yes, they do. It’s called Gaza.

In other words, through decades of abuse and the slow ethnic cleansing of simply making life unlivable, there are other ways to try to disappear a people than killing them at once, and Israel has for nearly 70 years been pursuing policies intended to do just that because they believe all of the land where Palestinians have lived for generations belongs to Jews, based on a thousands-year-old claim in the Bible.

Watching the uncontained rage with which groups of some Israeli Jews kicked and screamed at the Eritrean asylum seeker mistaken for a Palestinian assailant this week, or watching the videos of mobs roaming the streets of the Muslim Quarter chanting “Death to Arabs,” one cannot help but see the patterns of racial superiority and fear playing out in the violence of the mob. This violence directed at the Other, any Other, is what results when the most unimaginable generations-old festering wound of the Holocaust ceases to be healed—picked at over and over again by leaders who draw power from Jewish fear and trauma.

Netanyahu is using my family’s nightmare, many Jewish families’ nightmare, for his own expansionist political ends. Effectively, this is incitement for a deeply hurt people to go out and kill Palestinians. If we learned anything from the Holocaust, it was that we must never ever remain silent while a government incites hatred against an entire people.

Cecilie Surasky is the deputy director of Jewish Voice for Peace