Getting rid of for-profit prison facilities is a crucial first step. But it only scratches the surface 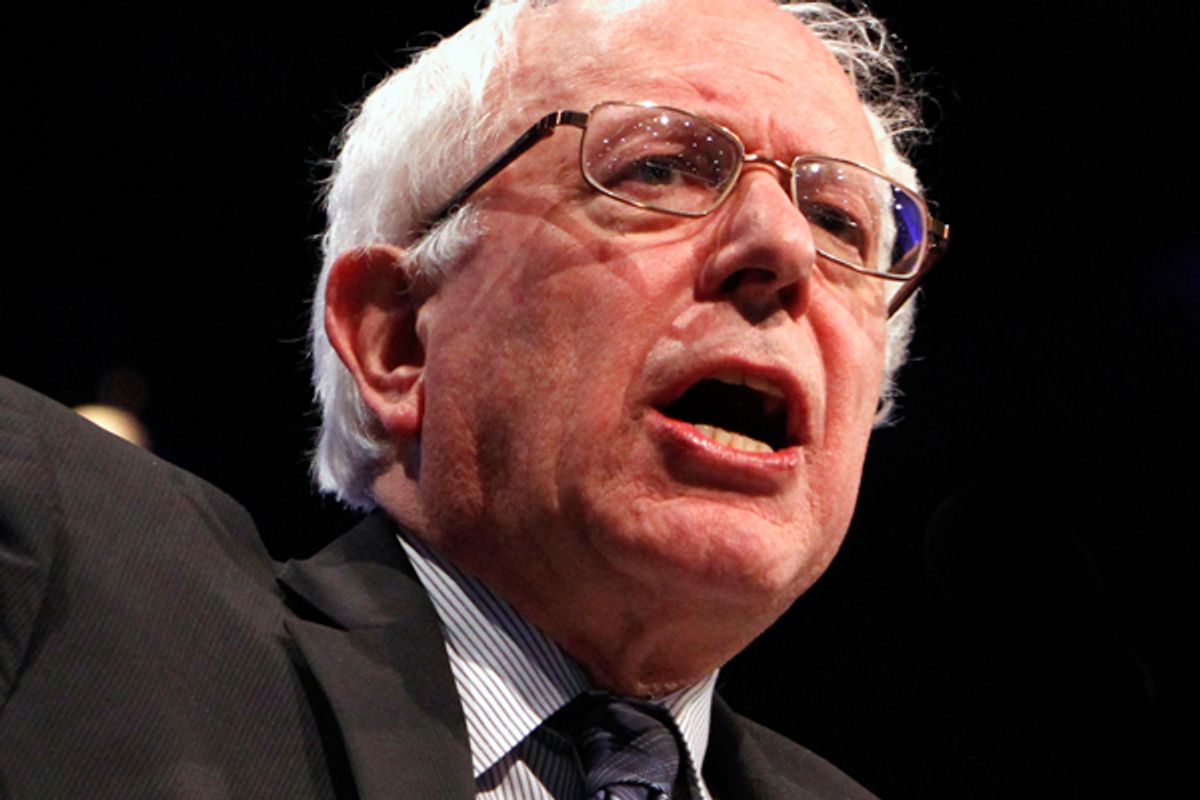 When Bernie Sanders introduced a bill last month that would outlaw private prisons, he gave a speech blasting companies like Corrections Corporation America and lamented America’s skyrocketing inmate population, saying: “It is a national tragedy that the USA today has more people in jail, over 2,000,000 people, than any other country on earth.”

And though progressives cheered Sanders and the legislation, research by the Prison Policy Initiative—a think-tank focused on criminal justice reform—shows that the bill’s effects would be limited if implemented. The number of people incarcerated in private prisons is only a fraction of those in public prisons. According to data from the Prison Policy Initiative, of the 1,561,525 inmates in state and federal prisons in 2014, only 131,261 were in privately run facilities.

With more than 90 percent of prisoners in publicly run prisons, why do corporate facilities garner so much attention?

When asked, Peter Wagner, the executive director of the Prison Policy Initiative, said that it’s easier to focus on privately run prisons because it makes any solution more clearly cut and convenient to fix. He’s concerned though that the issue may be garnering too much attention from advocates of prison reform.

“It distracts attention from the rest of the system and the vast majority who go through publicly operated prisons.”

That’s not to say that private prisons should be ignored though, Wagner still finds them morally repugnant.

“It’s really a disgusting concept to profit from incarceration and admitting that you hope crime doesn’t go down.”

And many private prisons do just that, requiring a certain percentage of their cells to be filled regardless of overall crime rates. In 2012, Corrections Corporation of America offered to buy public prisons in 48 states in exchange for a guarantee that they remain 90 percent full for 20 years. None of the states took them up on their offer.

In introducing his bill, Sanders noted that for-profit prisons have also failed the basic standard of safety, pointing out that a riot at a private prison in Arizona appears to have stemmed from brutal treatment by prison guards. In Idaho, a private prison was so violent that the ACLU dubbed it the “Gladiator School.”

What’s more, many of the draconian practices associated with private prisons are just as prevalent in government-run prisons.

In a research article for Perspectives on Politics—a peer-reviewed academic journal dedicated to political science—Mary Fainsod Katzenstein and Maureen Waller document the plethora of ways that prisoners and their families are being extorted by state prisons, regardless of whether or not it is publicly run or privately.

The exorbitant price of a prison phone call earned the most ire from Katzenstein and Waller, who found that some prisoners and their families paid upwards of $14 a minute to speak to each other. Companies such as Global Tel Link, Securus, and others enter lucrative contracts with state departments of correction and, in exchange for being allowed near free range in determining prices; the companies pay the department a fee. This fee being to resemble a kickback because the state departments also rake in big money from phone prices. Prison Legal News found that nationally, state commission fees averaged out to be 42 percent, of gross revenues from prisoners’ phone calls—over $143 million per year.

The high prices and lack of transparency in telephone bidding and contracting process led the Federal Communications Commission to regulate and restrict the cost of prison phone calls. Now, they will cost no more than $1.65 for a 15-minute phone call. Before activists could pop the champagne though, Securus and other companies announced their intention to sue the FCC and overturn the regulation.

Even with the FCC’s decision, a research report found that private companies can still charge high fees by providing services to government run prisons, and these prices can cost inmates and their families thousand of dollars per year.

Azadeh Zohrabi is the national campaigner for the Ella Baker Center for Human Rights, a non-profit organization in Oakland that advocates for racial and economic justice and which also co-authored the report, and while she supports Sanders’s bill, she thinks it’s only a first step.

“I think abolishing private prisons is a good move, there shouldn’t be a way to make a profit keeping people in cages,” Zohrabi said, “but there are plenty of companies outside of private prisons that profit from incarceration and lobby to keep people behind bars.”

One example Zohrabi points to is a California law that limits inmates to receiving one gift package per quarter from their family and friends. These packages can contain everything from snacks to MP3 players, but in 2004 the California Department of Corrections required that all packages must be ordered through a list of eight private vendor catalogues. Prior to that, families could buy these gifts wherever they wanted and package them themselves.

“Prices went up exponentially,” Zohrabi said. “A bag of nuts went from one dollar to five. Jeans and shoe prices skyrocketed.”

Other services that states previously ran—such as reentry programs that help inmates transition back in to their communities after their release—have been cut, Zohabi said because they lead to a decline in people going to prison.

Sanders’s bill takes a big step towards eliminating profit from the criminal justice equation, but there is still much work to be done to take completely separate money and mass incarceration. Without the motivation to incarcerate people, money can be redirected from prisons to programs that help keep people out of prisons. Programs that support job training initiatives and child care, and tackle mental illness and substance abuse outside of the criminal justice system.

Without strong follow up legislation, the abolition of private prisons could turn out to be reform in name only.