Exclusive: Larry Wilmore and Rand Paul blow each other's minds prepping for the debate in Colorado, where "there's a good chance one of the moderators will be high” 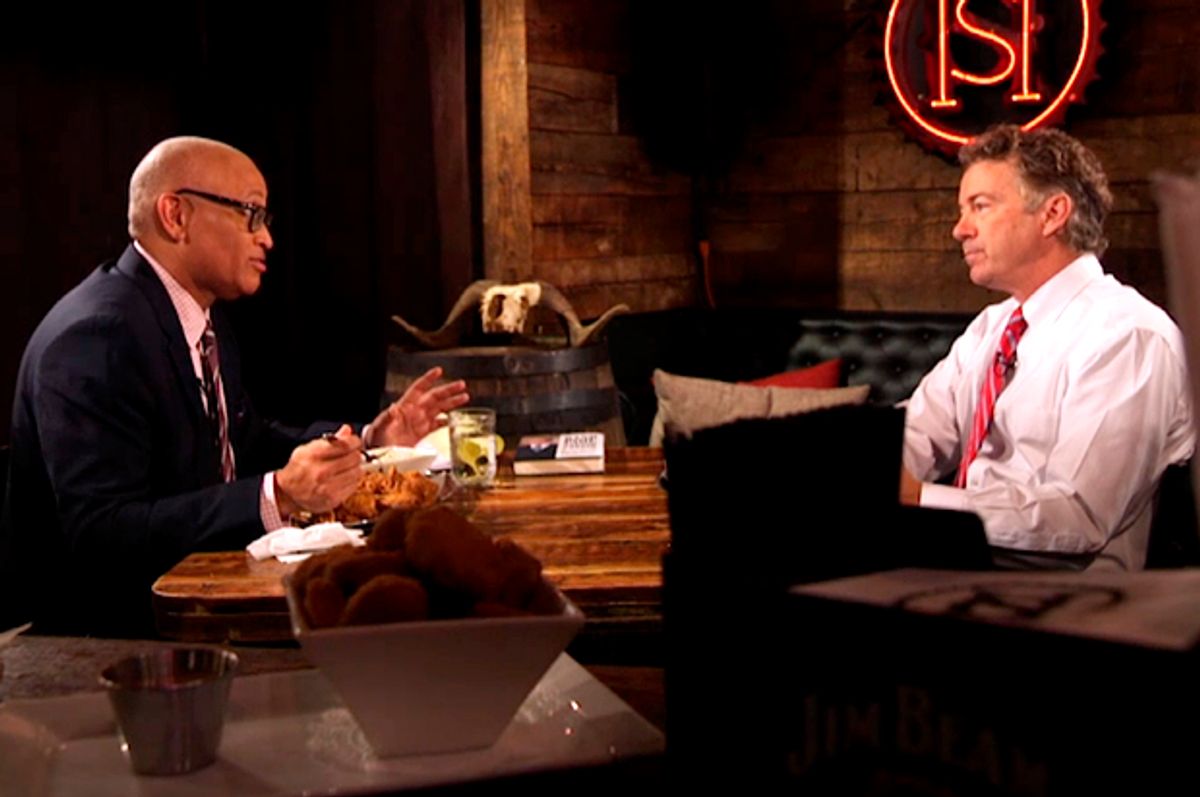 "The Nightly Show" host Larry Wilmore breaks bread with GOP candidate Rand Paul for his third "Soul Food Sit Down," which will air on Comedy Central next week. Salon has an exclusive clip of their discussion about tonight's Republican debate, which, as Wilmore points out, takes place in Colorado, where marijuana is legal.

"There's a good chance one of the moderators will be high," Wilmore points out. "Let's do a little role-play."

Watch Wilmore pose a classic stoner question to Rand, who reacts like he's definitely been in this conversation before: